Day 1 of 2 of Hasbro Pulse Con 2021 is in the books and below gives you an overview of what Star Wars action figures were revealed! There were two different panels, one which focused on figure reveals, and one which exclusively focused on the Haslab Black Series Rancor, below are the details from both panels. 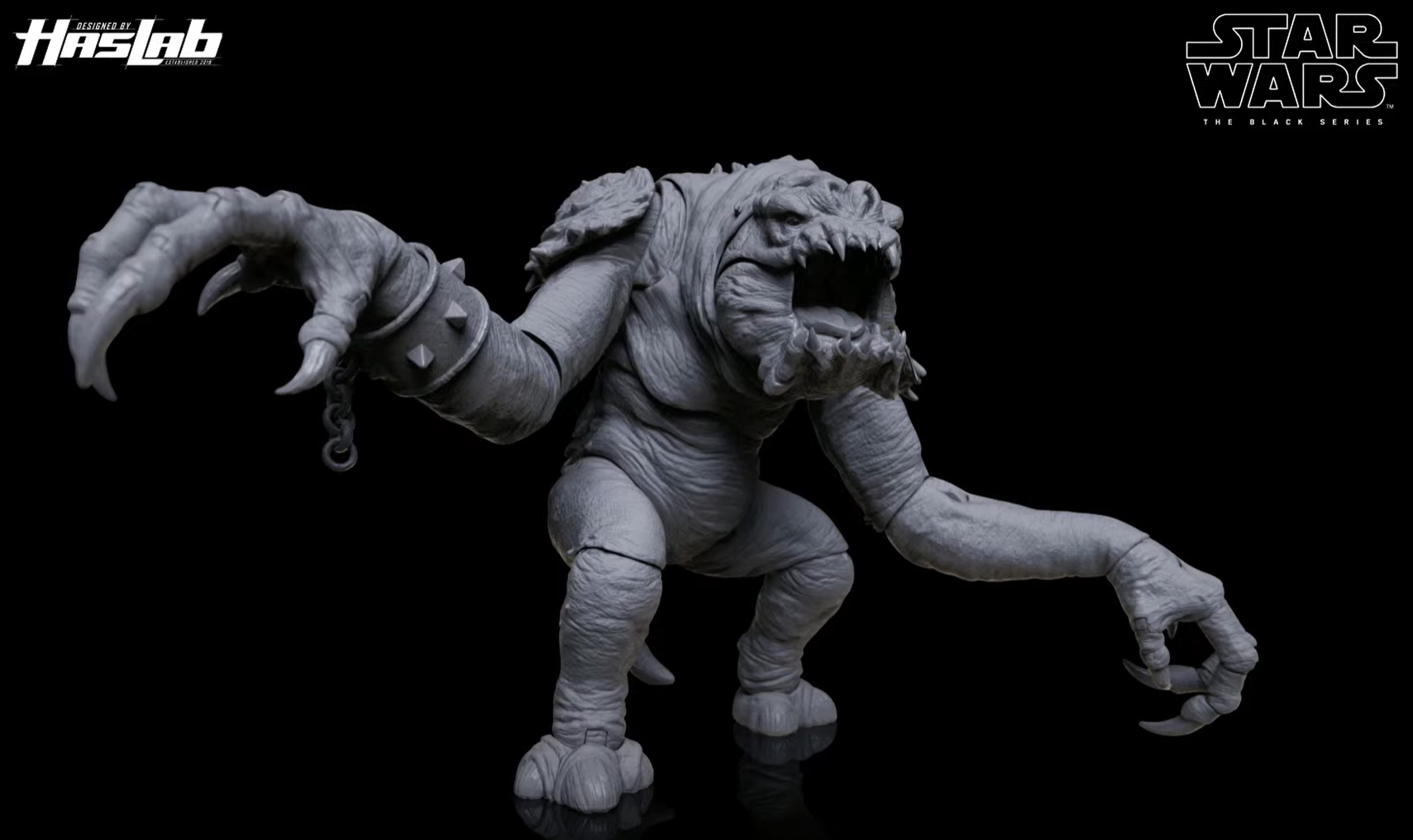 Regular Star Wars The Black Series figure reveals included the Mandalorian Build-Up pack which will include Din Djarin in snow/ice deco together with Grogu and a Maldo Kreis Spider.  This set is exclusive to Target in the United States and goes already on sale today at 2pm PST/5pm EST for $36.99. 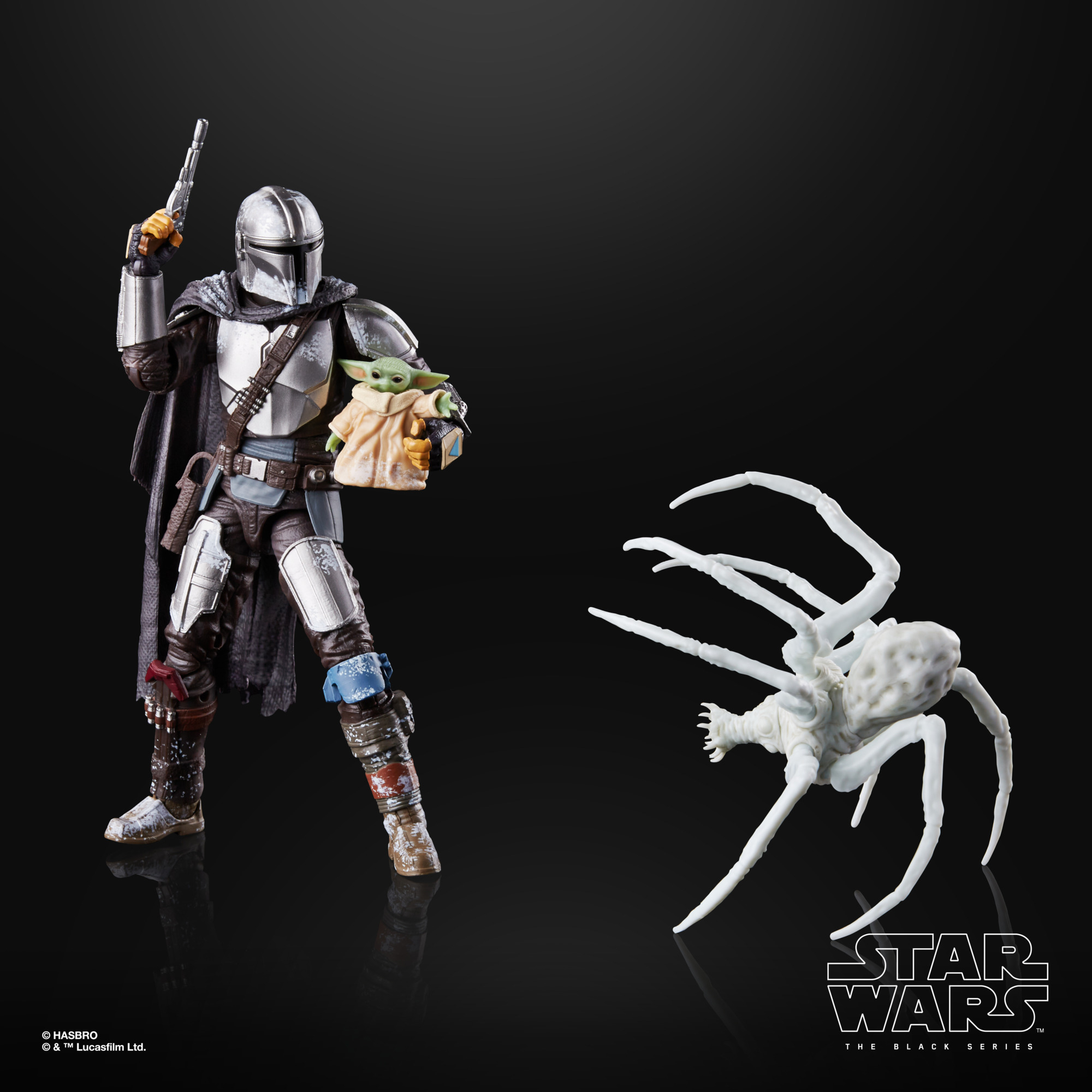 Even though some figures were pipeline revealed previously, we now got our first look at some of the prototypes. Below is a look at Cobb Vanth, Boba Fett (Tython) and Mayfeld (Morak). Cobb Vanth will be a deluxe figure and retail for $31.49 while the other two are regular $22.99 releases. All three figures are main line releases and are not exclusive to a particular retailer. 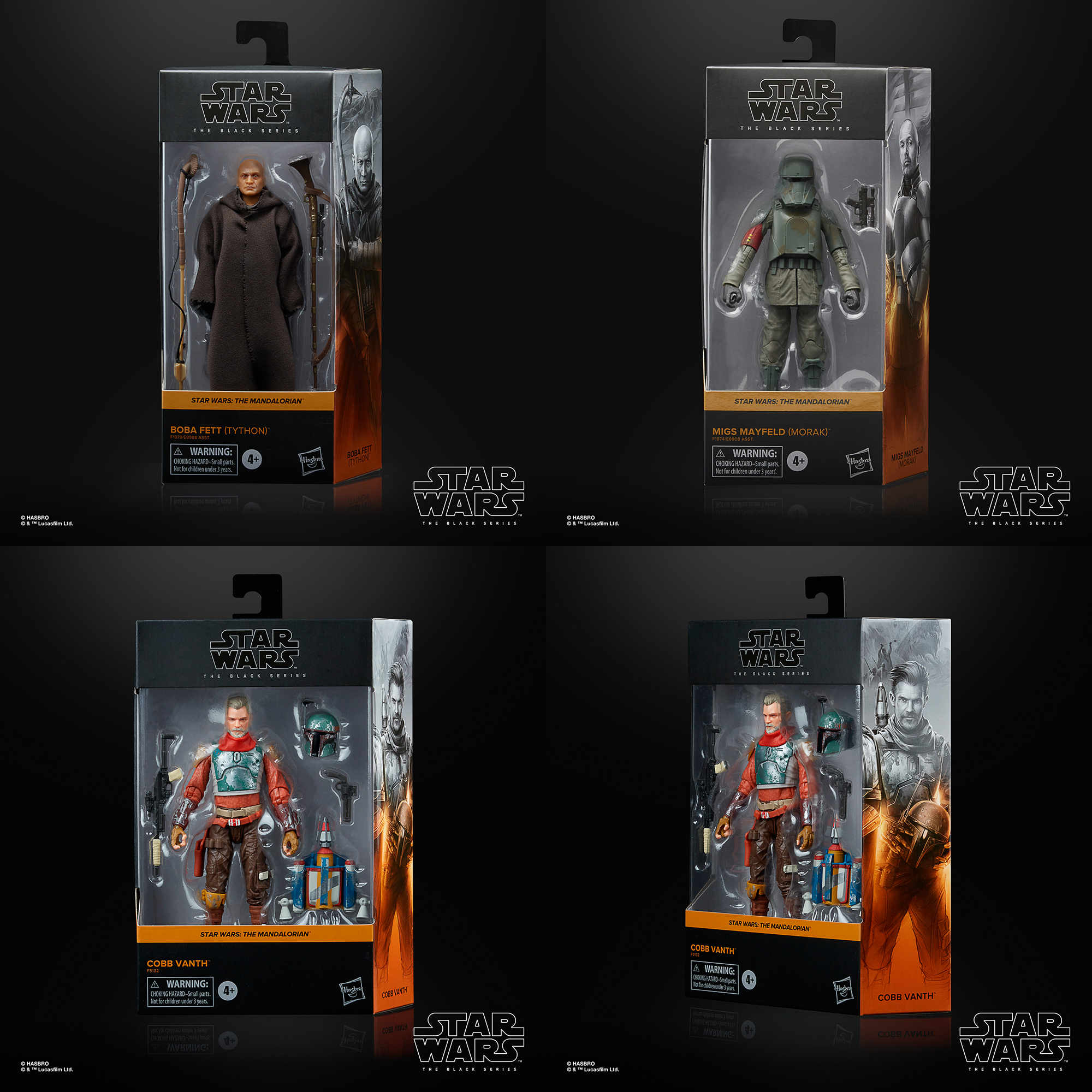 Hasbro's partnership with Disney and Galaxy's Edge continues with three new multipacks. The sets are exclusive to the Disney Parks and ShopDisney.com and will go on sale later this year. The press release didn't list the msrp for either of those sets but they are likely to cost around $70 or more each. One set features the First Order, another one the Droid Depot and the third one features creatures.

General Hux will have the photo real print update which the already available figure doesn't have and the Kowakian Monkey Lizards will have retooled legs so that they can be posed better. The R5 astromech is based on one of the droids which drives you through the Rise Of The Resistance attraction and the BB-Unit has a newly sculpted dome (CB-23 from SW Resistance and featured in the Disney parks). 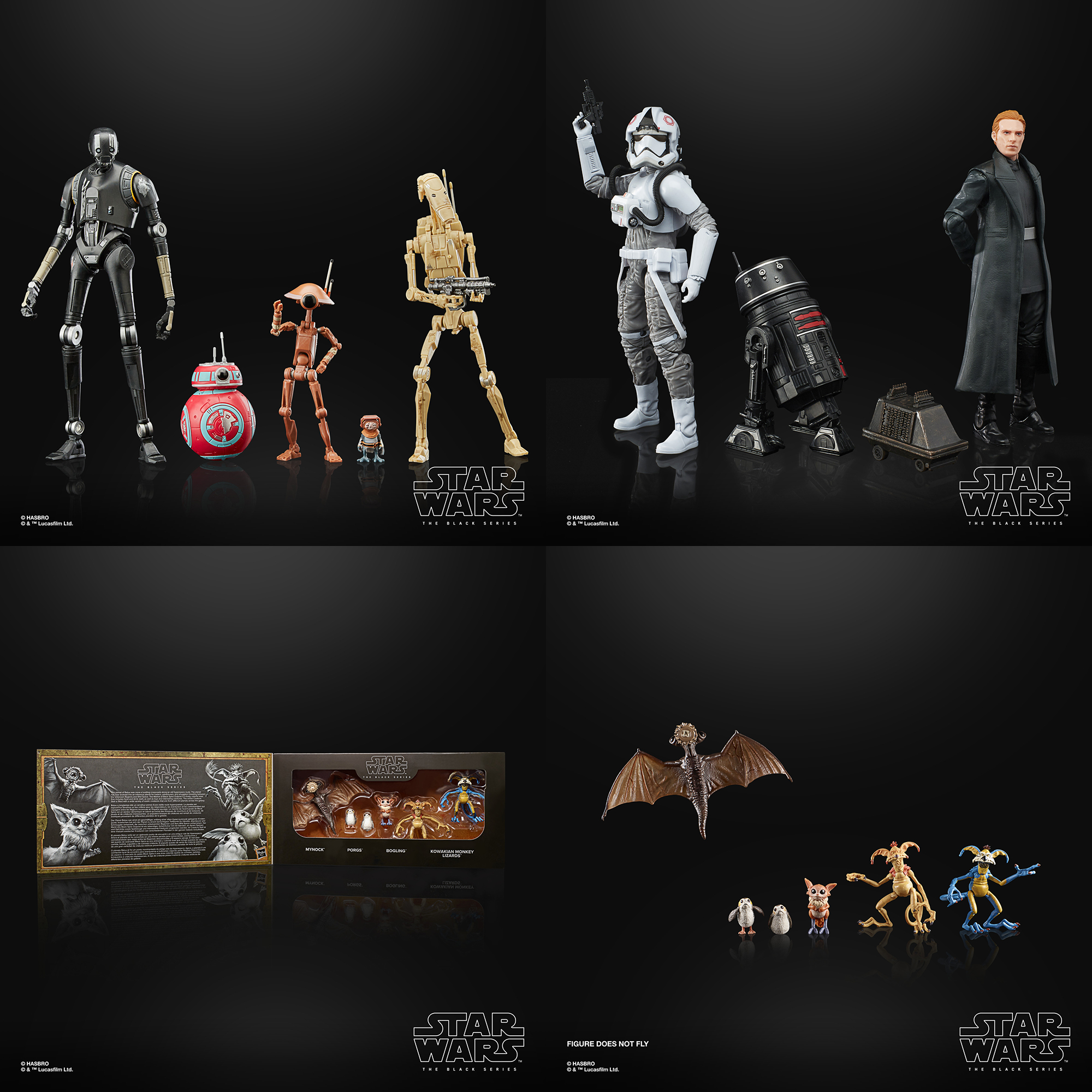 The team revealed that Princess Leia (Ewok Village), the New Republic Security Droid from the Mandalorian and Figrin'D'An were in development. They didn't have prototypes on hand yet. 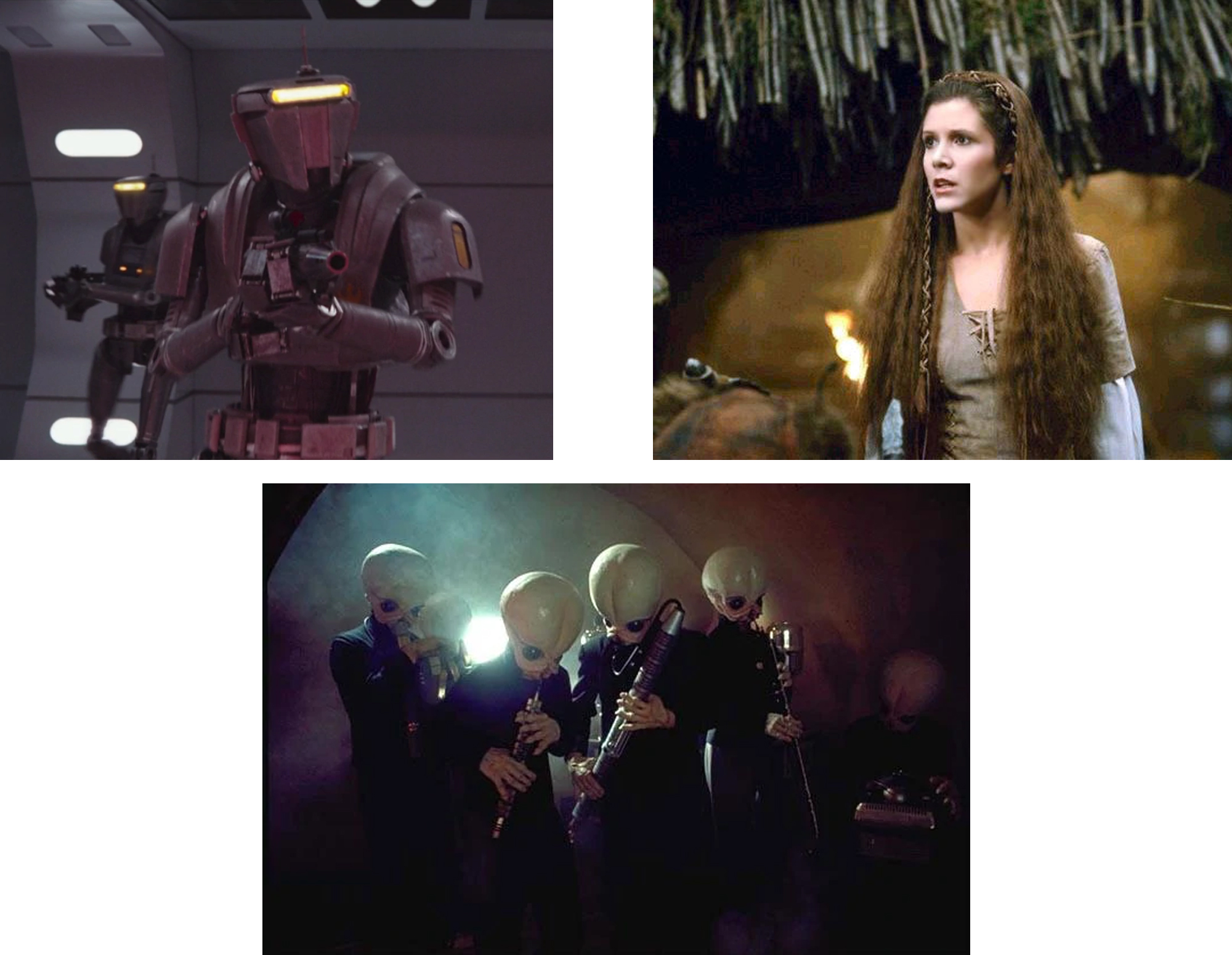 Star Wars The Vintage Collection will see four re-issues for newer fans, those figures are Obi-Wan Kenobi (VC31), Anakin Skywalker (VC80), Ahsoka Tano (VC102) and Mace Windu (VC35). The figures will have the photo real face print update and the soft-goods robes will feature new stitching to make them less bulky than the previous releases. 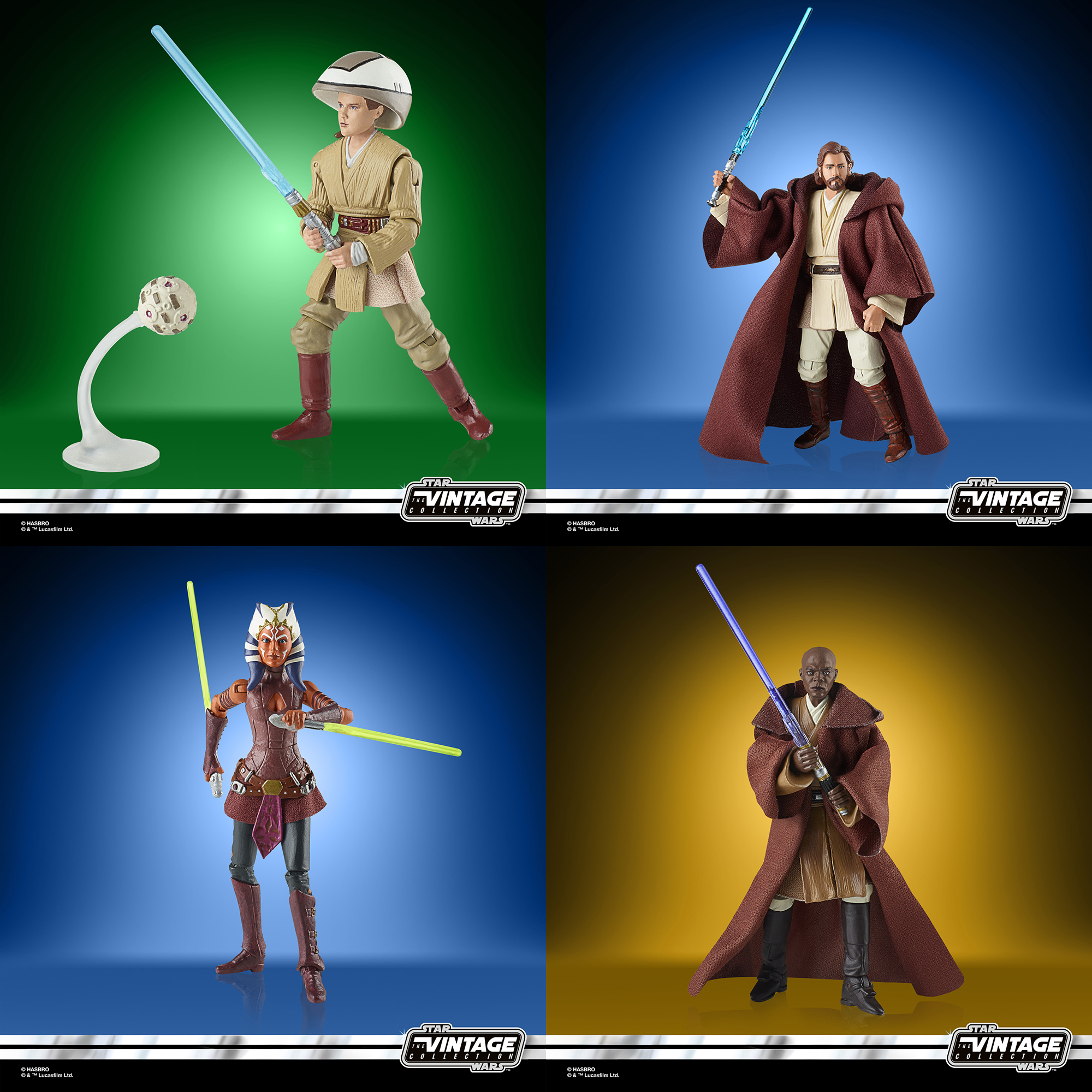 Just like the Black Series, The Vintage Collection will see the release of the Mandalorian packed-in with Grogu and a Mando Kreis Spider (and spiderlings). The set is exclusive to Walmart and will cost $26.49. A pre-order date was not announced but the figure will be available in Spring 2022. This will make a great set for people who want to deck out their Razor Crests with some spiders. The packaging for this figure takes the number 1 spot probably for ugliest cardback in the Vintage Collection, the art on the right is entirely obscured unfortunately. 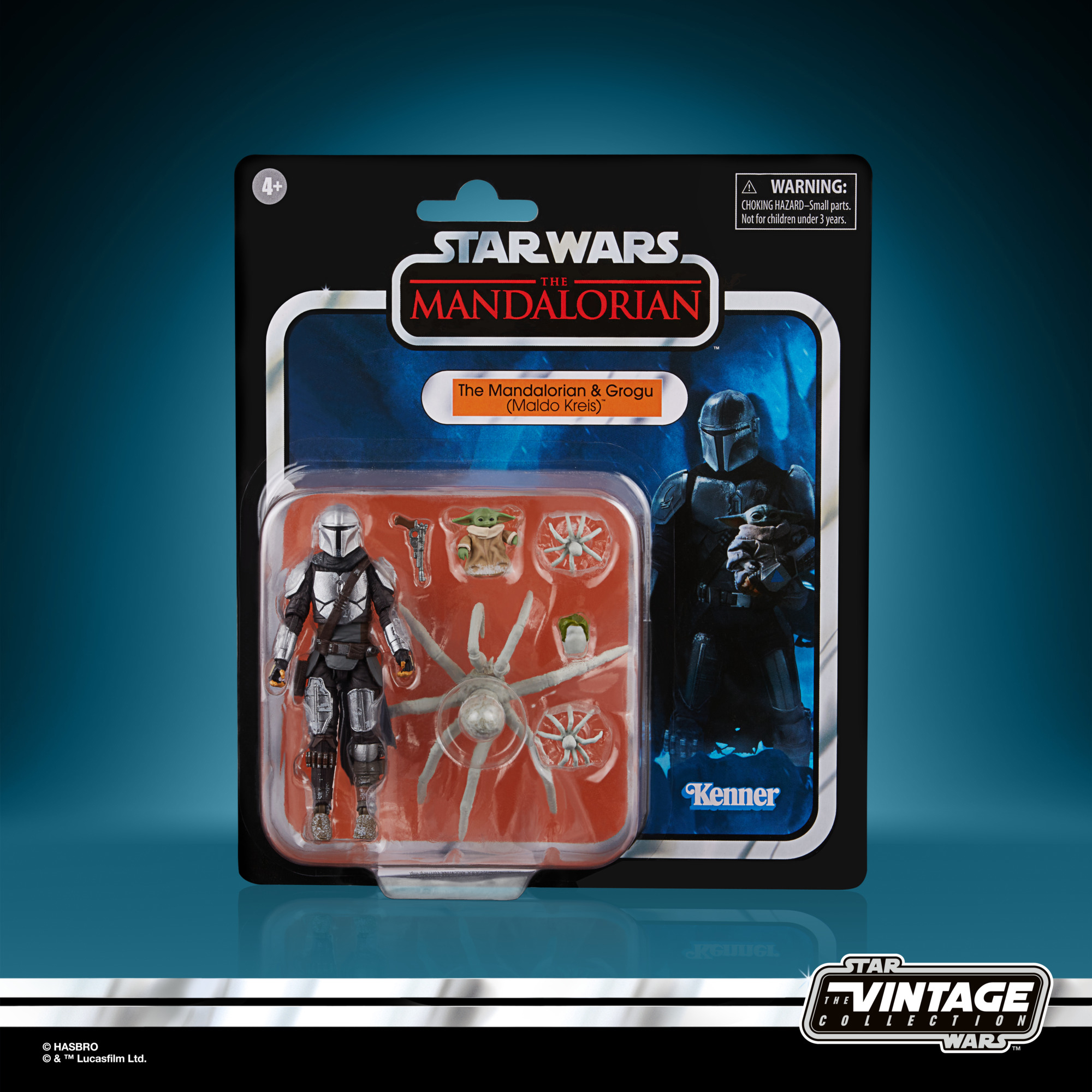 Hasbro will continue the troop builder sets with the Rebel Fleet Trooper 4-pack! The set will include Captain Antilles and three regular Rebel Fleet Troopers along with multiple weapons. The multipack will cost $41.99 and is exclusive to Hasbro Pulse and ShopDisney. The set goes on pre-order today at 2pm PST/5pm EST already and ships to fans in Spring 2022. 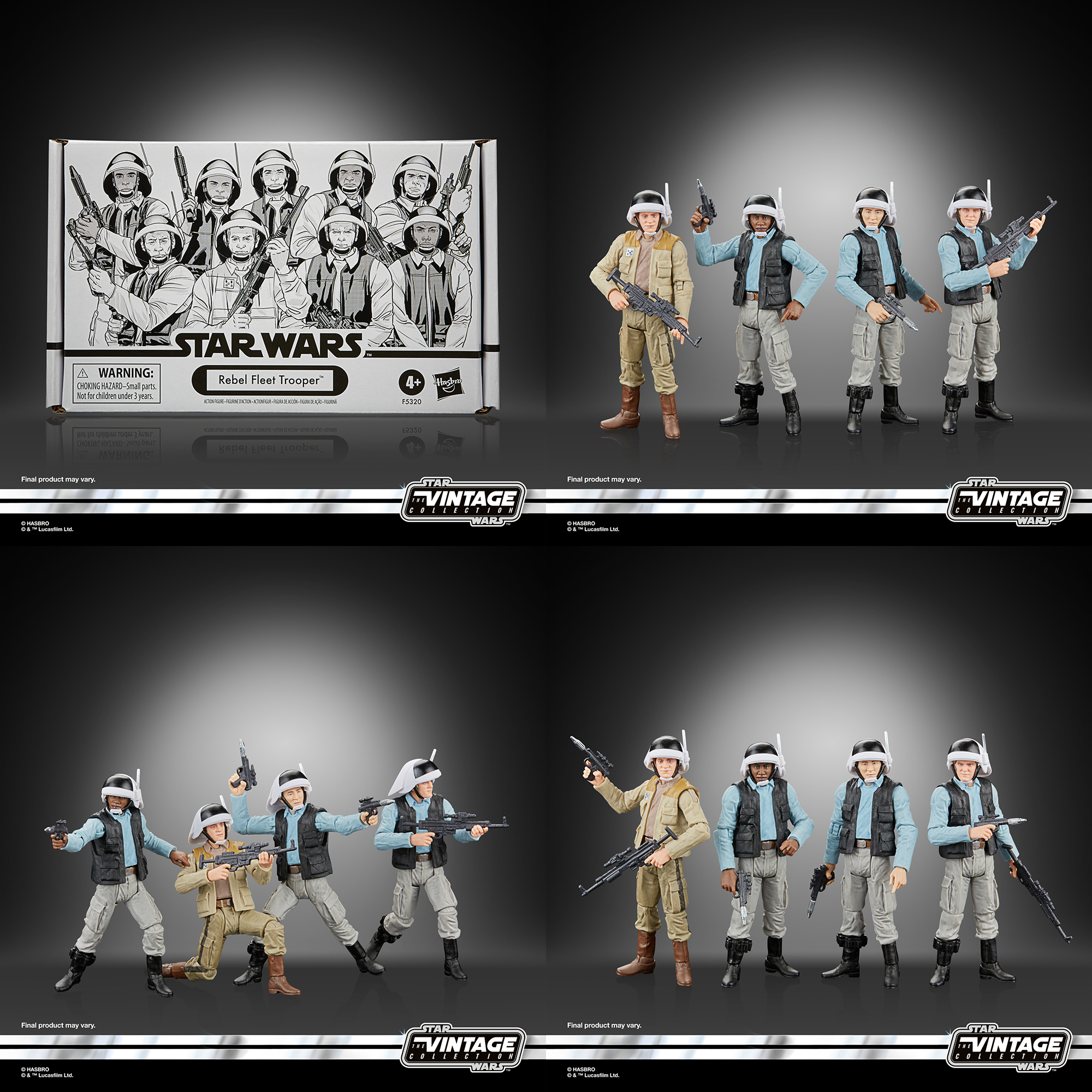 Hasbro showed off the Nevarra Cantina Playset from the Mandalorian today! It looks very nice and should make a lot of fans happy. The set is a main line release and will cost $52.99, pre-orders are already available at a variety of different online retailers. It ships to fans in Spring/Summer 2022. The set will include a Death Trooper figure on a unique card and it'll come with different window backgrounds so that it can be displayed all shot up or pristine. This is a very cool looking set! 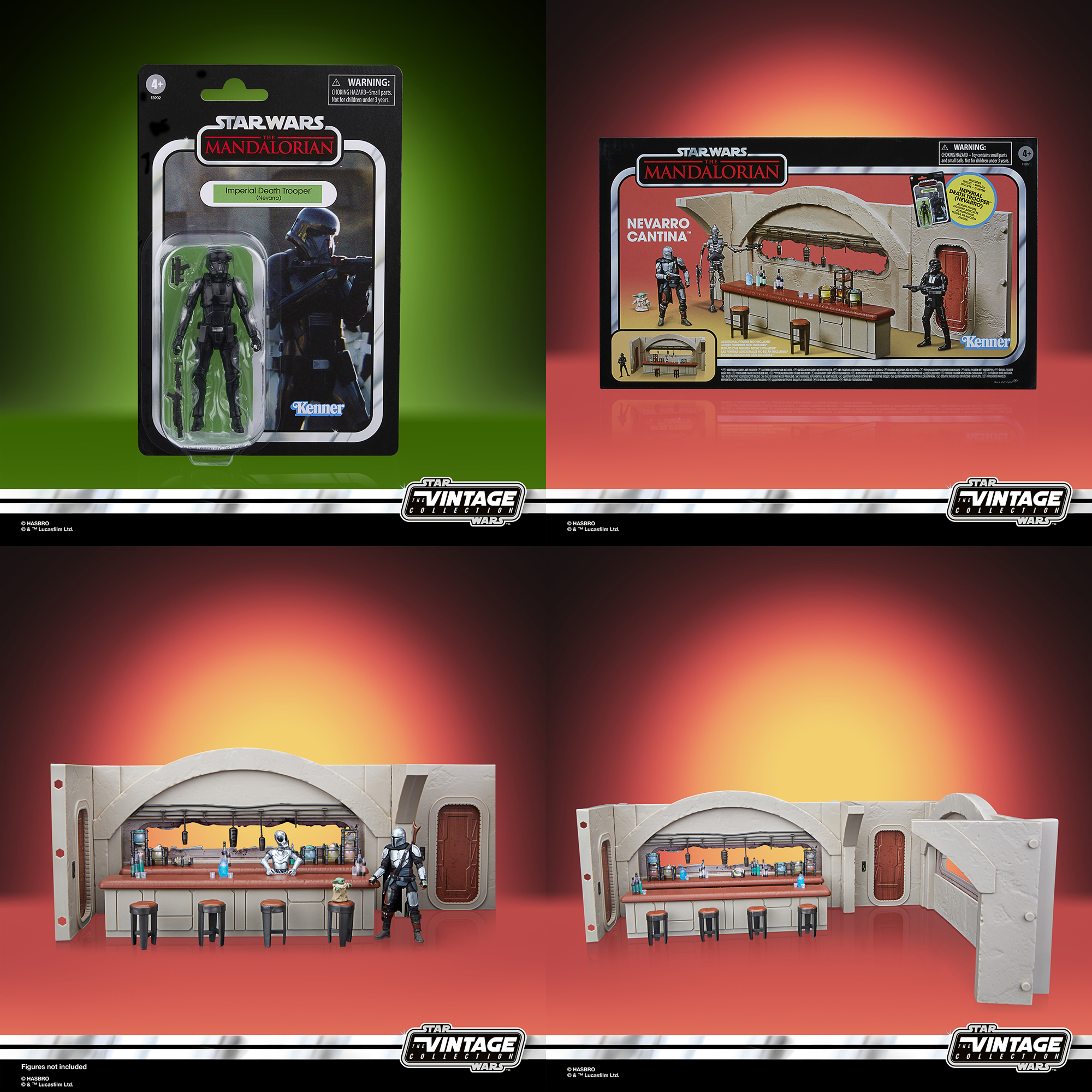 Last but not least the team revealed that ARC Trooper Jesse will see a single carded release next year (previously released in a 3-pack), along with the 332nd Clone Trooper, the Mandalorian Super Commando Captain and Din Djarin in Morak/Tank Driver Disguise. They also showed the FORCE FX Lightsaber for Princess Leia Organa (ROTS) and teased an elite version for Darth Vader coming in 2022.

There were no new Star Wars Retro Collection or Star Wars Mission Fleet sets shown during the presentation. Check back for more news and tid-bits as we work through all the information released today and follow Galactic Figures on Instagram and Facebook!