The figure is a re-release of the previously Gamestop exclusive Black Series Senate Guard from 2017. This time there is no robe included and the figure comes with the Black Series Shadow Guard accessories. 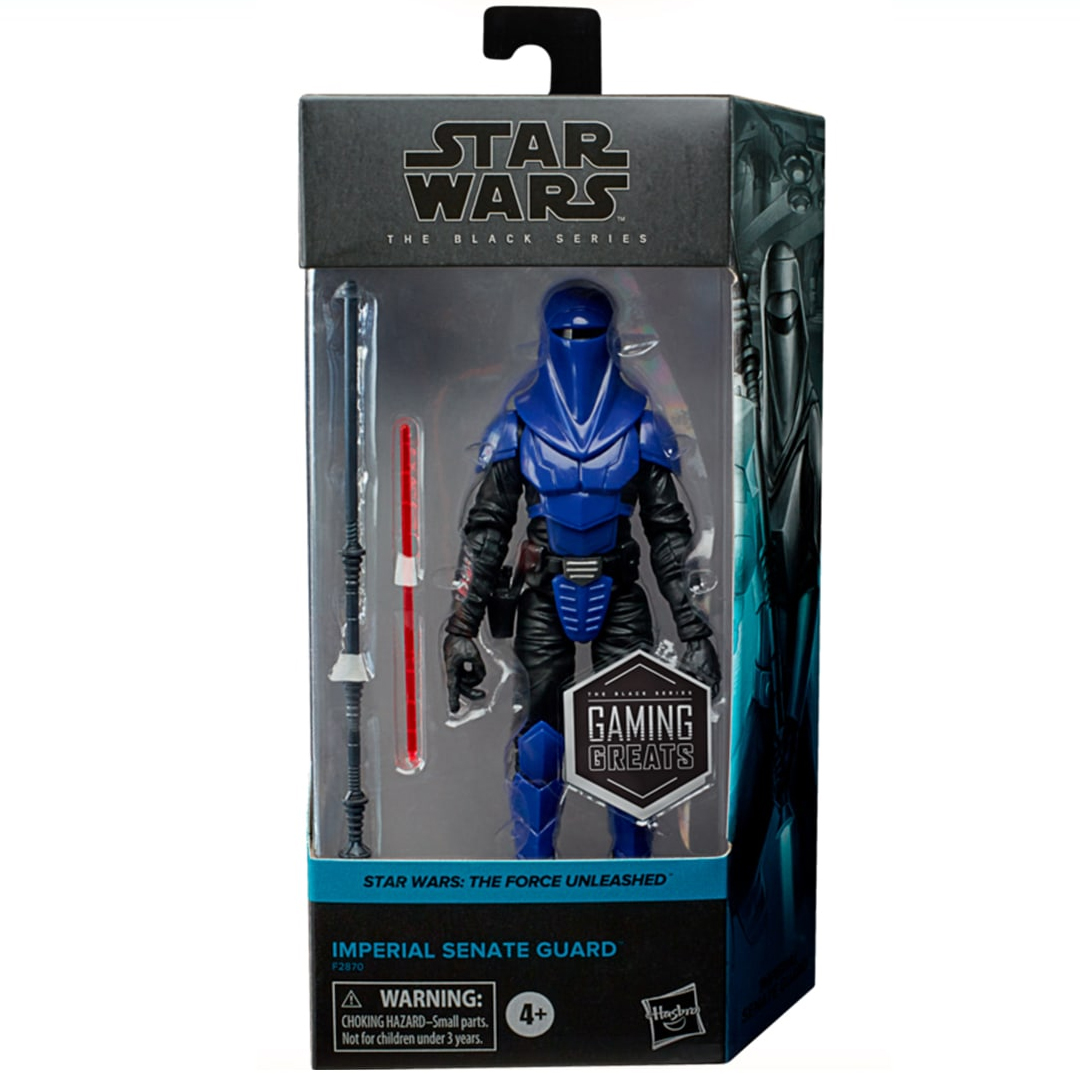