After years and years of asking Hasbro to re-release the Legacy Collection Millennium Falcon from 2008, they finally came through on August 30, 2020. The original Legacy Collection Millennium Falcon had become very expensive on the secondary market and cost between $600 - $800, so with Hasbro re-releasing it, fans had another opportunity at adding the Falcon at regular retail price to their collections. Unfortunately the retail price had more than doubled since since 2008 where the Falcon cost $159.99 at launch.

The Smuggler's Run Millennium Falcon was part of a Disney retail initiative for Star Wars: Galaxy's Edge at Target stores and it was exclusively made available through the Target website for $399.99. The price was the second highest at the time for a Star Wars toy made for the 3.75" Star Wars action figure line, it only trailed the first HasLab Sail Barge project which cost $499. Despite the high price tag the Millennium Falcon seemed to have sold very well initially with pre-orders selling out weeks before its release.

Hasbro/Disney made some changes to the Falcon compared to the previous release. The entire hull on the top and bottom was repainted with a subtle wash, parts of the interior were repainted, it came with different decals, they included two radar dishes (round and square) and they added new electronic voice samples. Instead of including Han Solo and Chewie like in 2008 they now included Hondo Ohnaka and Chewie (plus six Porgs) who are prominently featured in Disney's Star Wars Galaxy's Edge land.

The assembly can take up to half an hour or longer, the initial set-up is fast and simple, but adding the decals to the cockpit and the interior will take some time. All you have to do in order to get the Falcon set up initially is to plug the seven landing gears into the bottom, attach both cannons (top and bottom), add the Jedi Training remote and the holo chess pieces, add the radar dish, load the projectiles into the cannons, move the escape pod into the storage area and you are all set. It sounds like a lot to do, but it's fast and easy to get it set up. 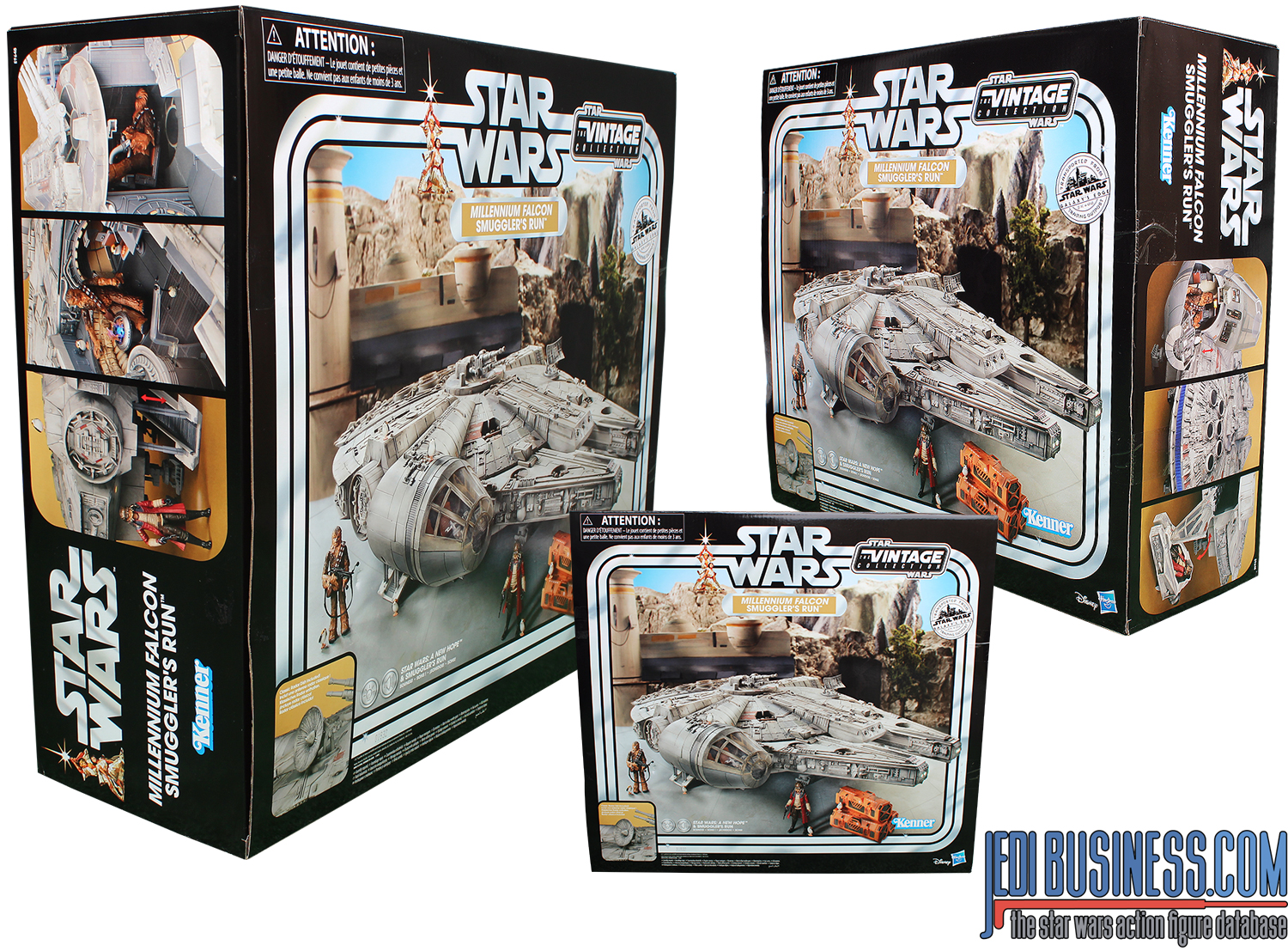 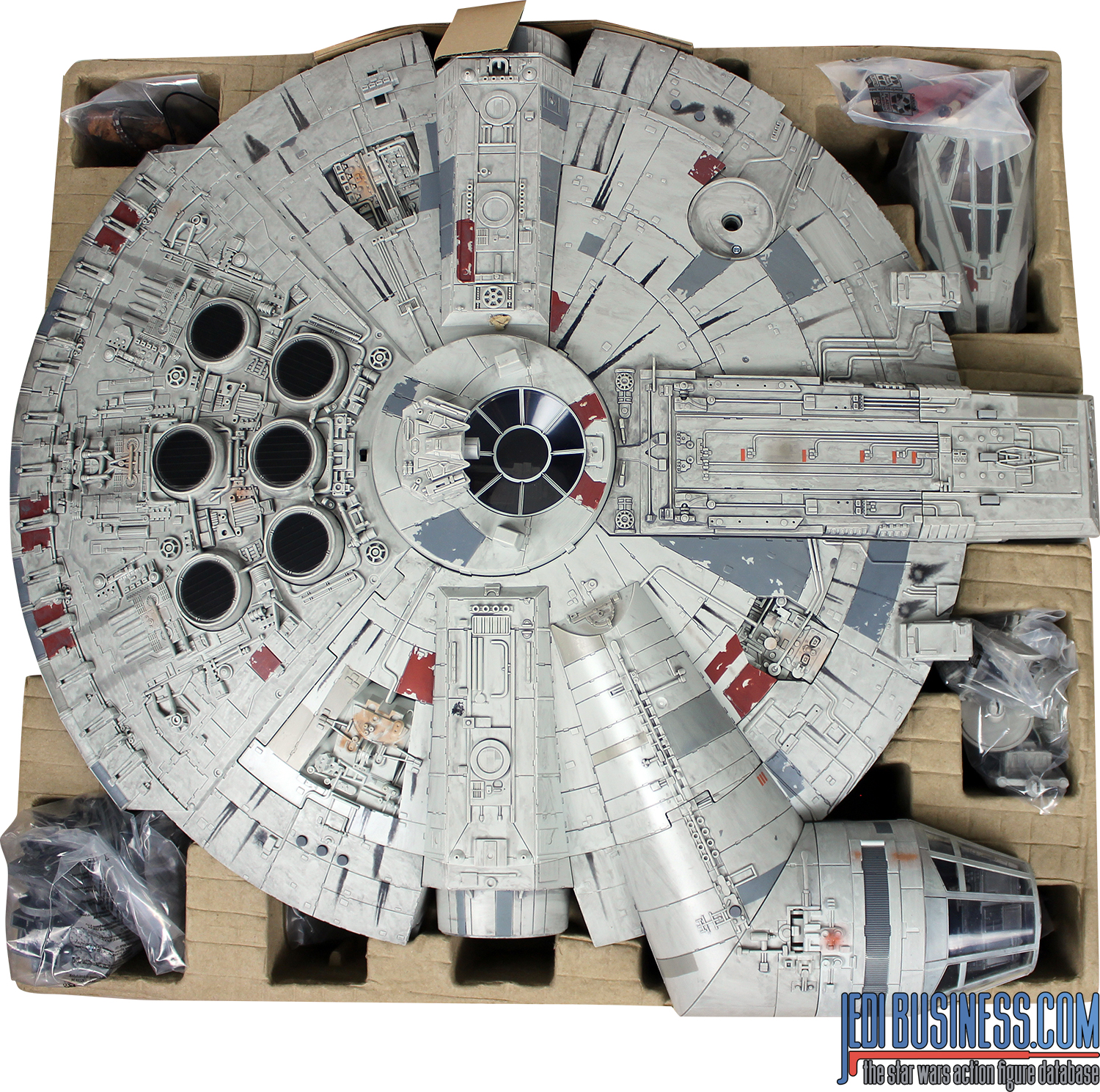 Have a look at the full photo gallery of The Vintage Collection Smuggler's Run Millennium Falcon for a closer look at all the accessories included. 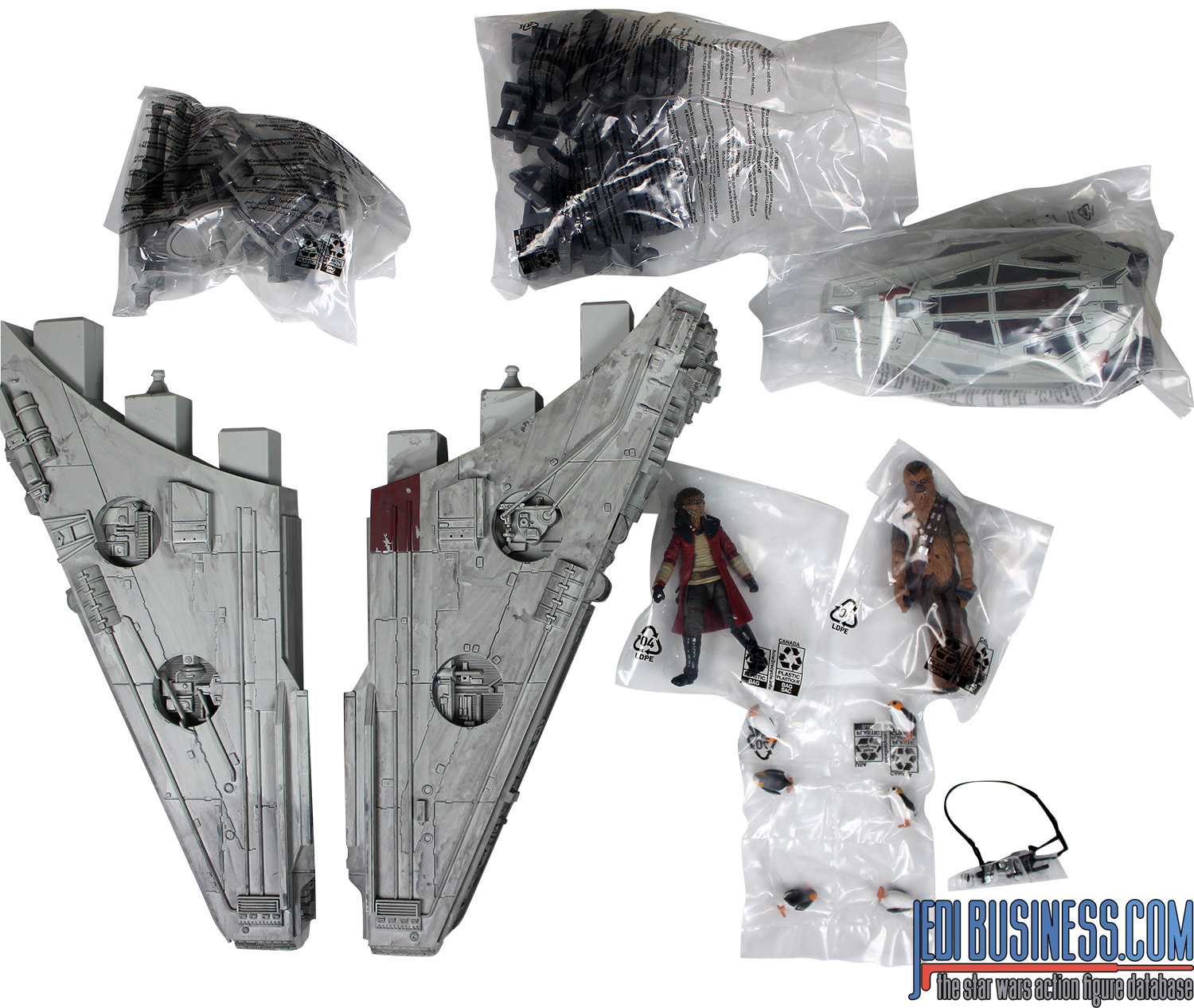 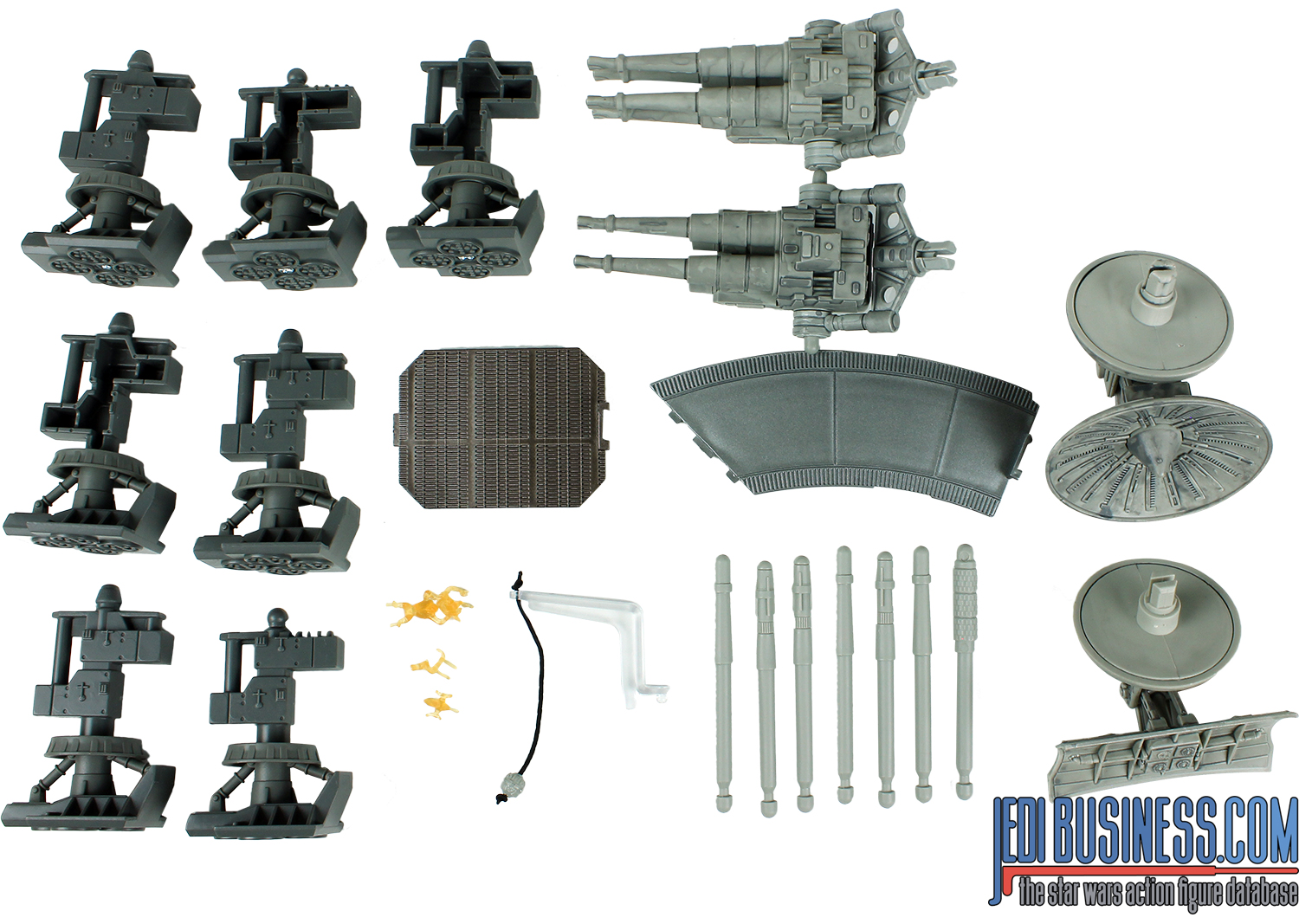 Most accessories are easily lost, the landing gear does it's job well when the Falcon is on display, once you start moving the ship however they'll come off easily 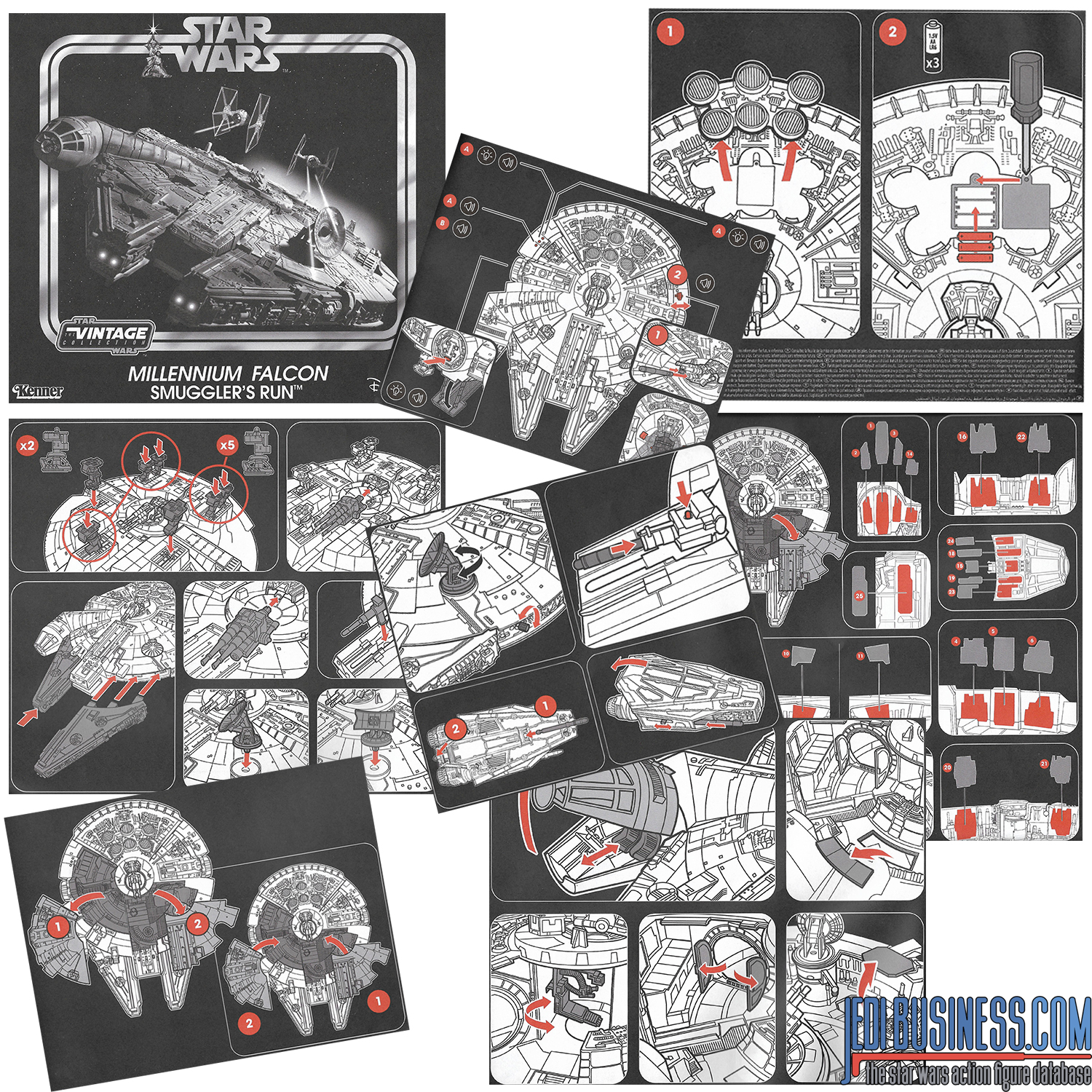 There were 8 figures included with the Smuggler's Run Millennium Falcon, one Hondo Ohnaka figure, one Chewbacca figure and six Porgs. The Porgs are more accessories than figures, and they are slight repaints of the Porg which was included in the Last Jedi toy line with Chewbacca. They all have the same sculpt and no movable parts. Hondo is an entirely new figure and he will be released single carded in The Vintage Collection in Fall 2020. Chewbacca is based on the Vintage Original Trilogy Collection Chewbacca figure from 2004 (it even has the 2004 copyright print on the bottom of the left foot), but he now has a newly sculpted head and a different paint application. The bowcaster is now all black without any color accents or details highlighted. It's unclear currently if this version of Chewbacca will be released separately. 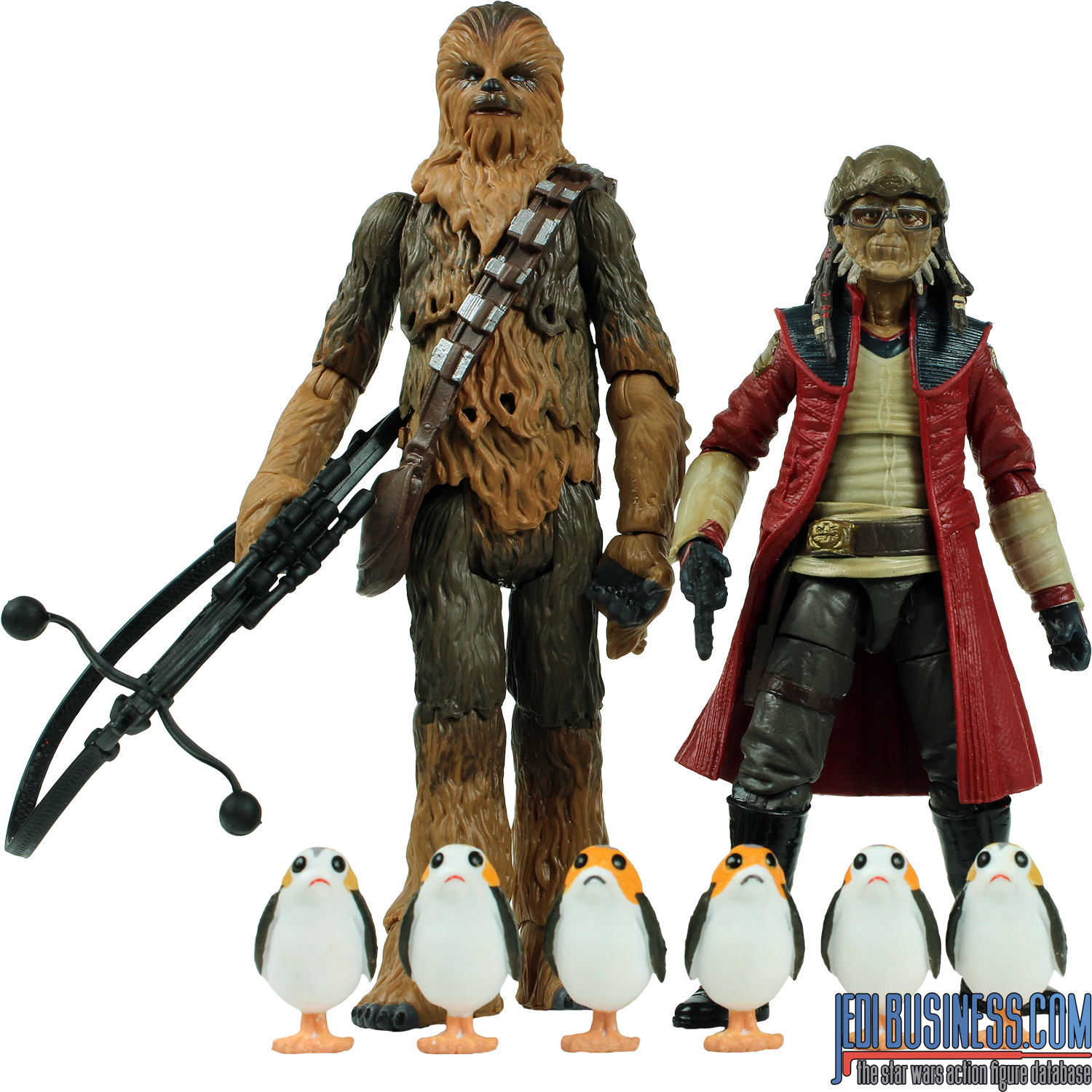 For this version of the Millennium Falcon Hasbro has made some changes to the electronics. Previously the button behind the top cannon was the ON/OFF button, but now it is the switch between the Original Trilogy sound bites and the Smuggler's Run sound bites from Galaxy's Edge. There are a lot of different sounds built into the Falcon and you can listen to all of them here.

When all the sounds are played in a row you get approximately four minutes of sounds and voice samples, which is very impressive. Besides voice samples and sounds the Smuggler's Run Millennium Falcon also features lights, there are two on the front, two inside the cockipt, two by the boarding ramp, the Dejarik chess table lights up and the entire back lights up blue when flight mode is activated. 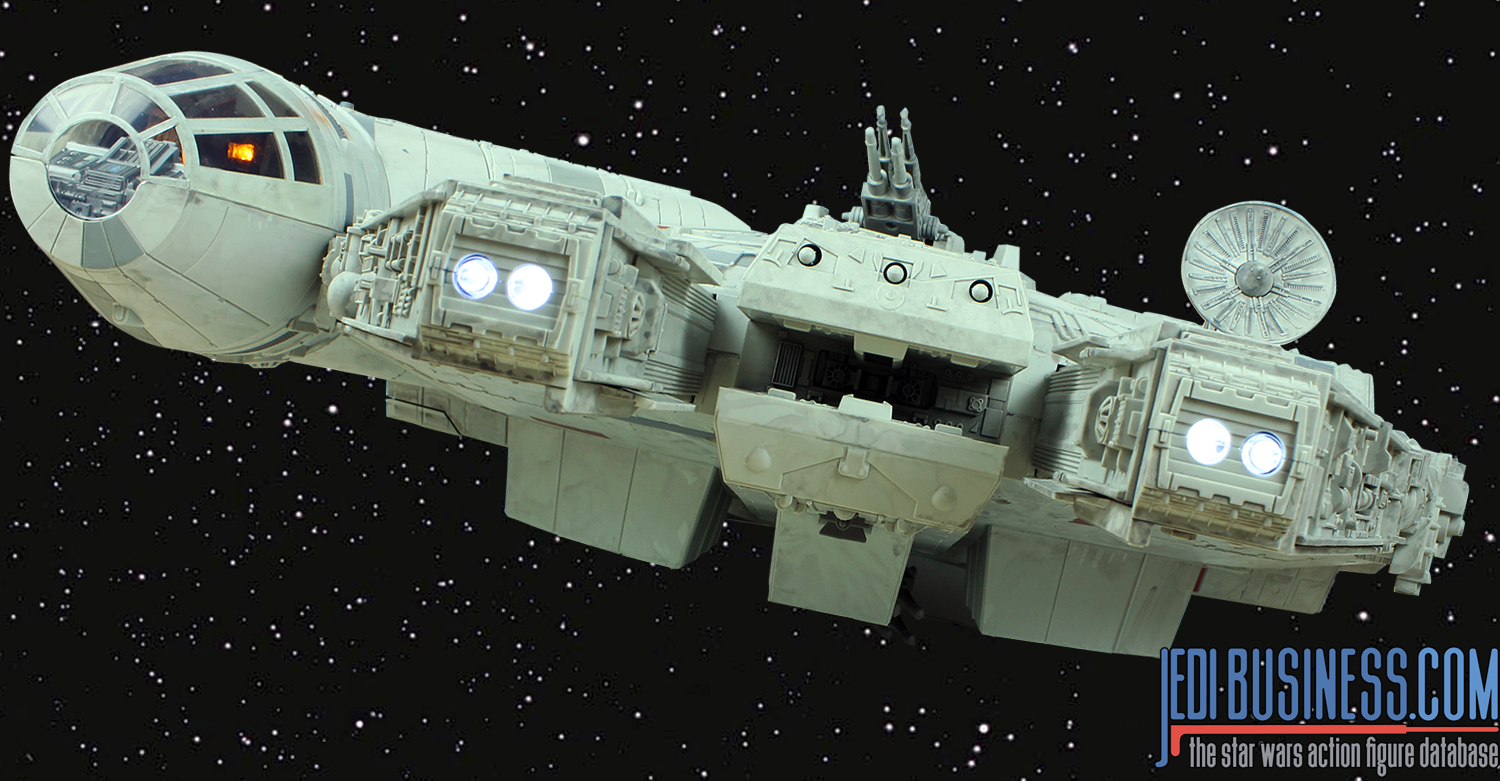 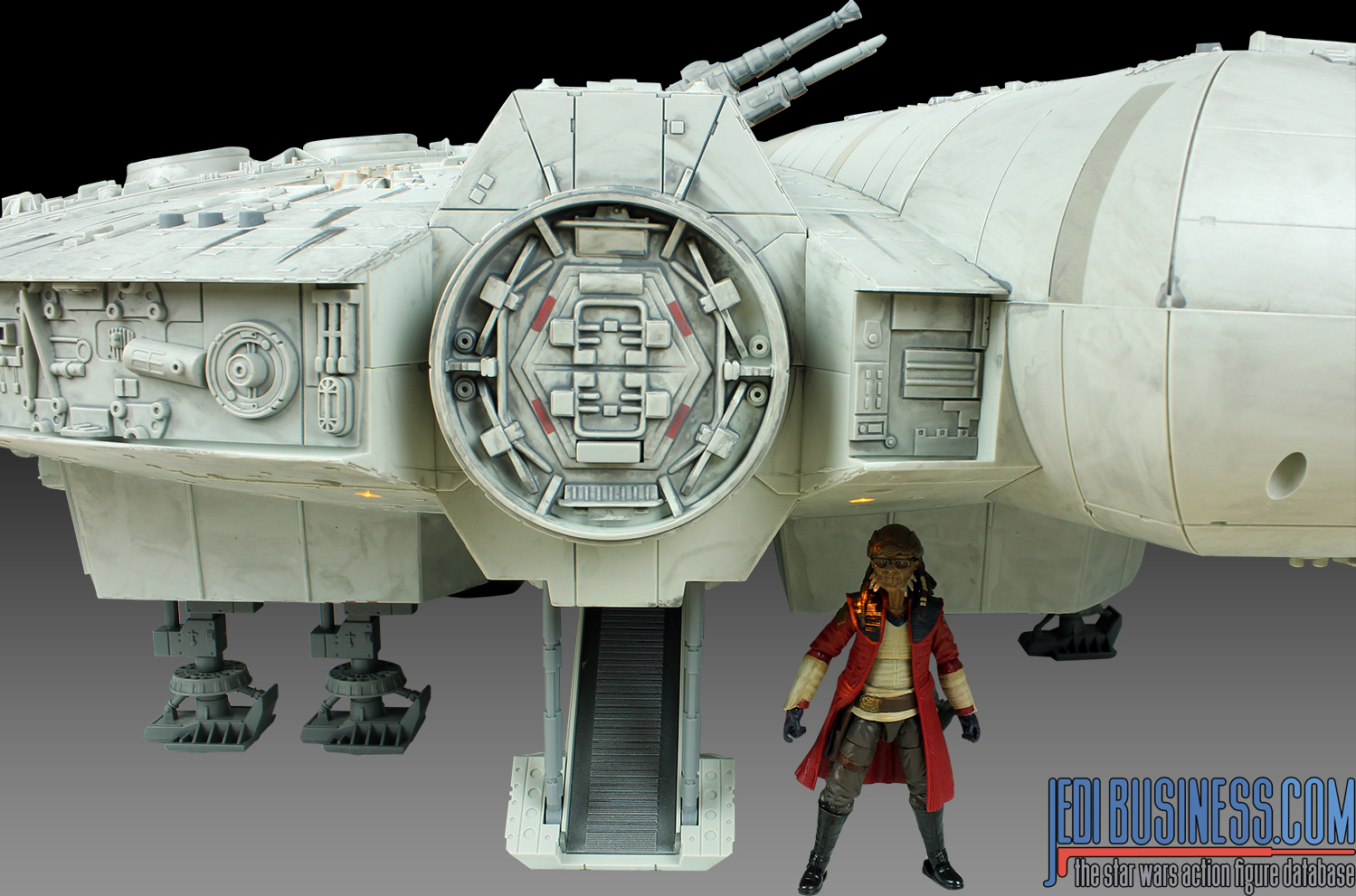 The Look And The Features Of The Interior

The interior features space for the Jedi Training remote, the Dejarik chess game, two smuggler compartments in the floor, a computer console, the top cannon seat/controls and the med bay where Luke rested after fighting Vader in Empire. Here are some images: 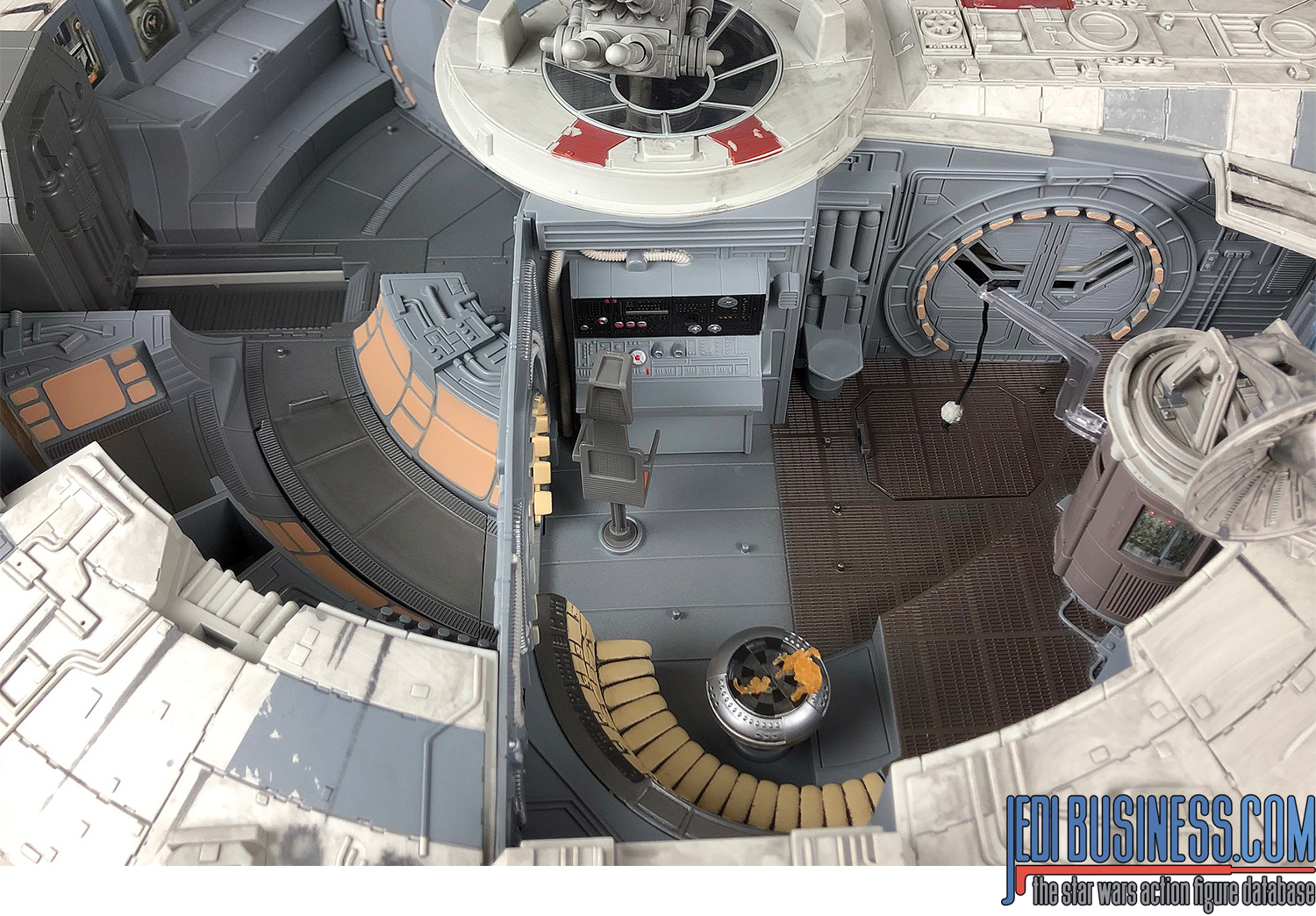 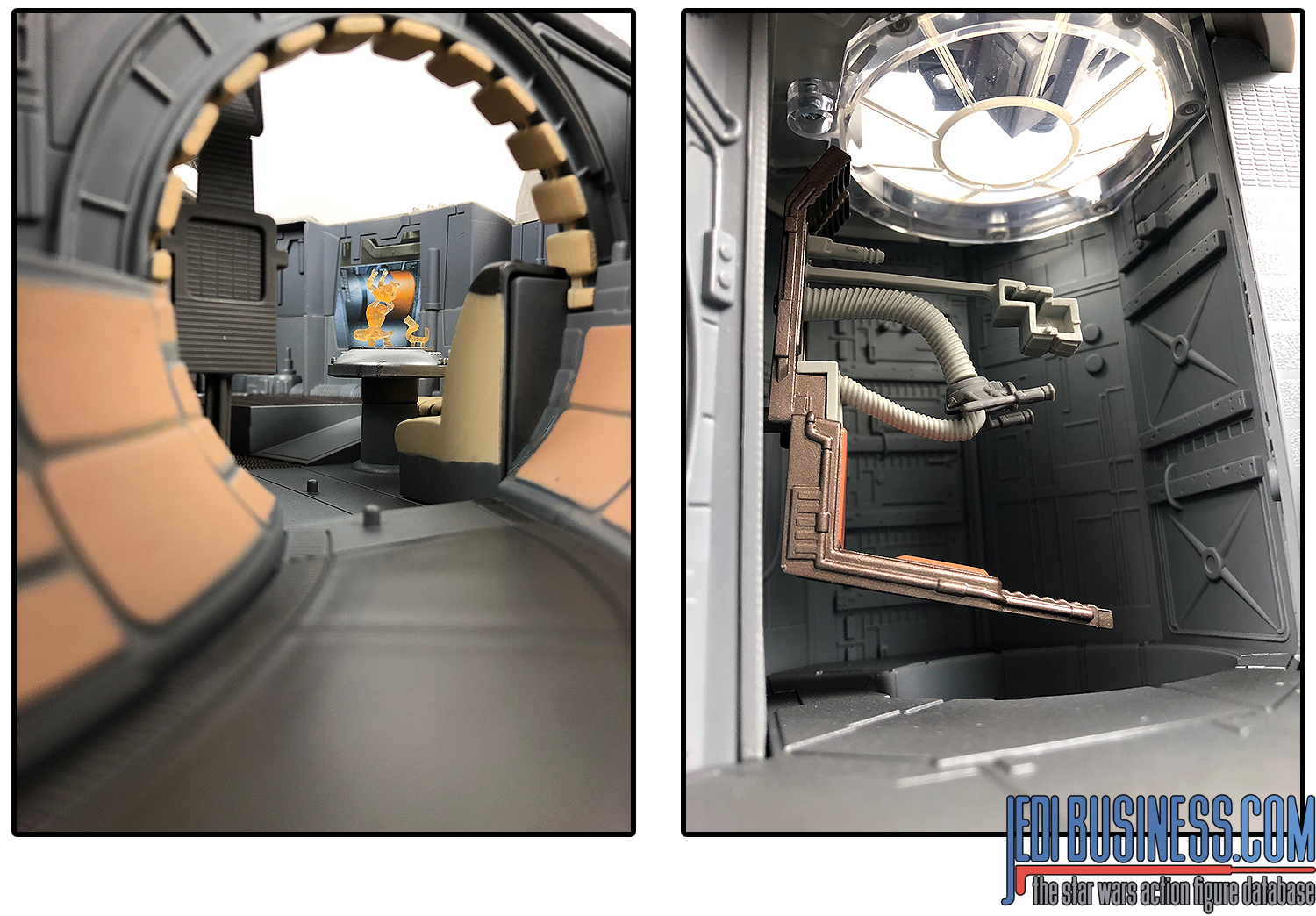 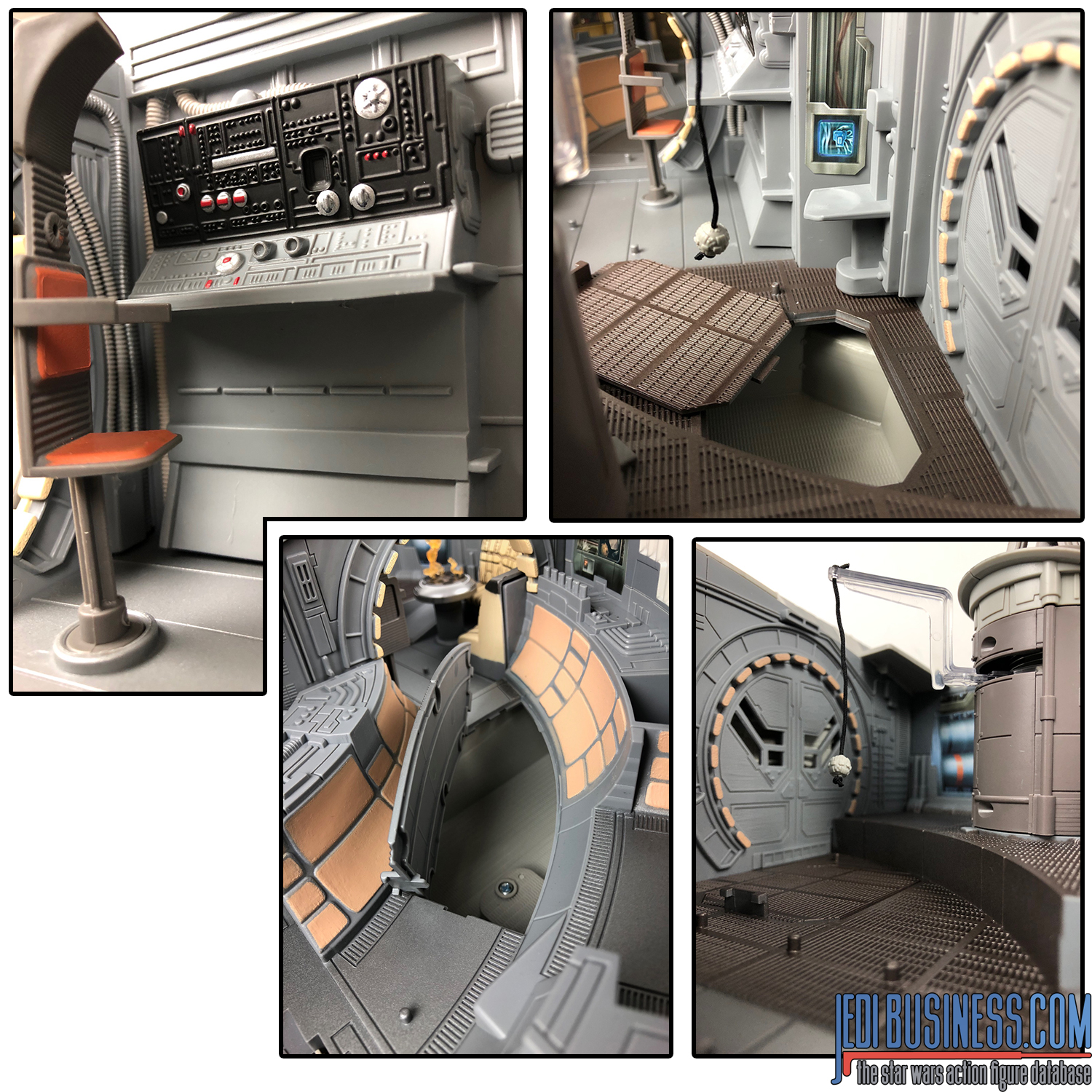 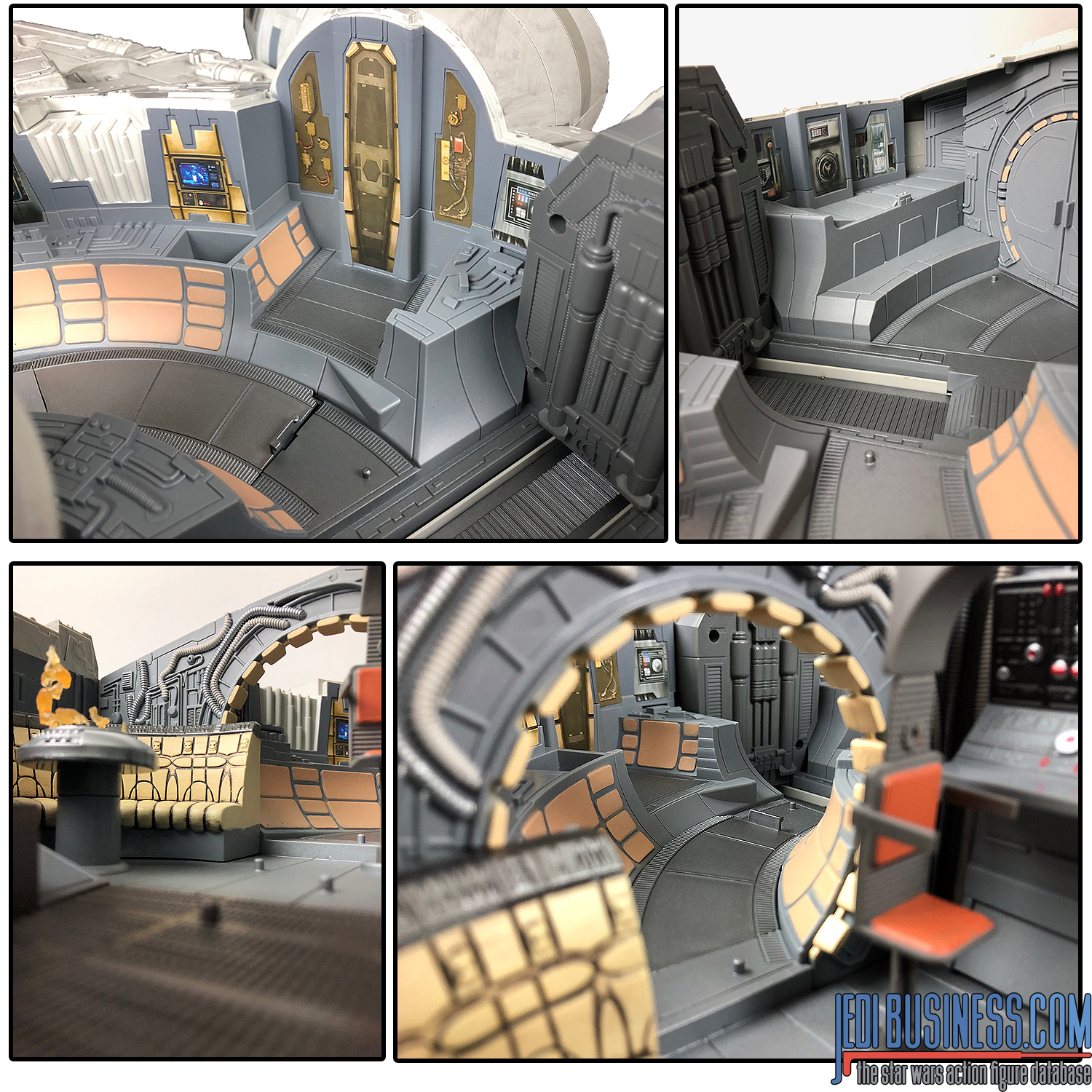 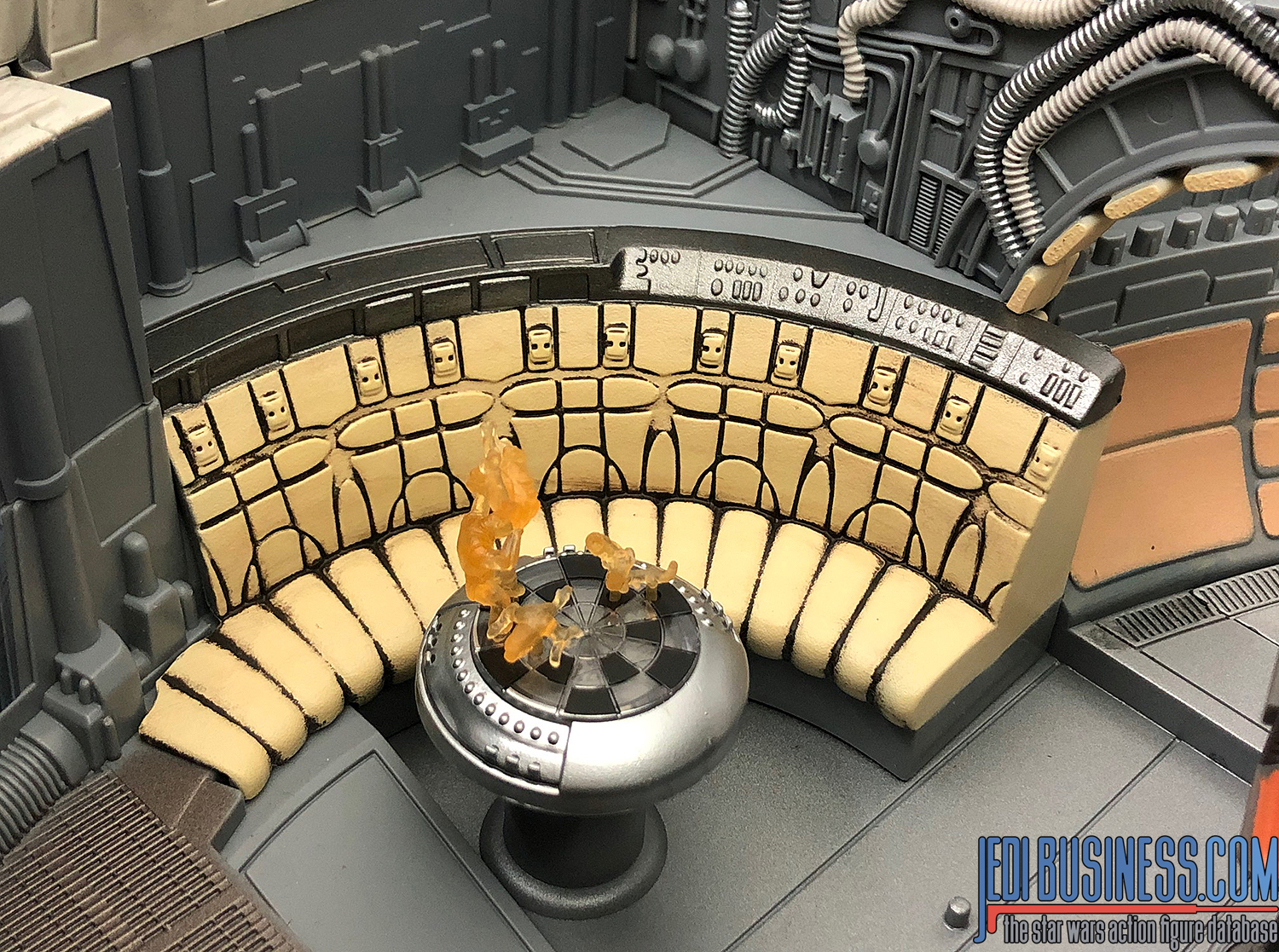 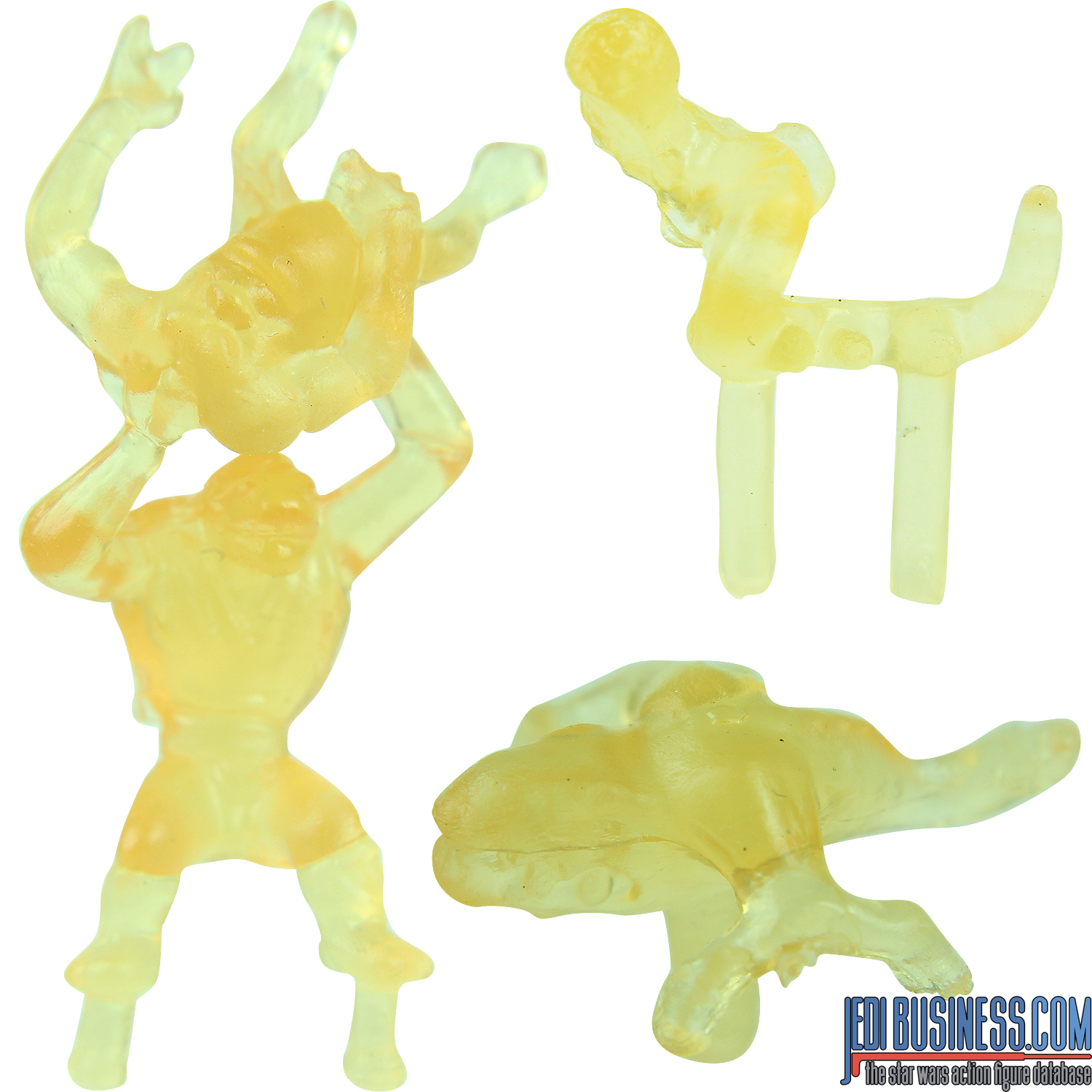 Even though the chess pieces are orange, they will light up blue when the light from the Dejarik table shines at them

If you grew up with Star Wars during the 70's and 80's you are likely familiar with MINI RIGS, which were smaller sized vehicles. The Escape Pod which is included with the Smuggler's Run Millennium Falcon feels like a MINI RIG, it has room for one figure, it has two side cannons which can be moved back and forth and it has a projectile shooting cannon on the bottom. It's sculpted and painted nicely, and it can be stored inside a compartment on the outside of the Millennium Falcon. 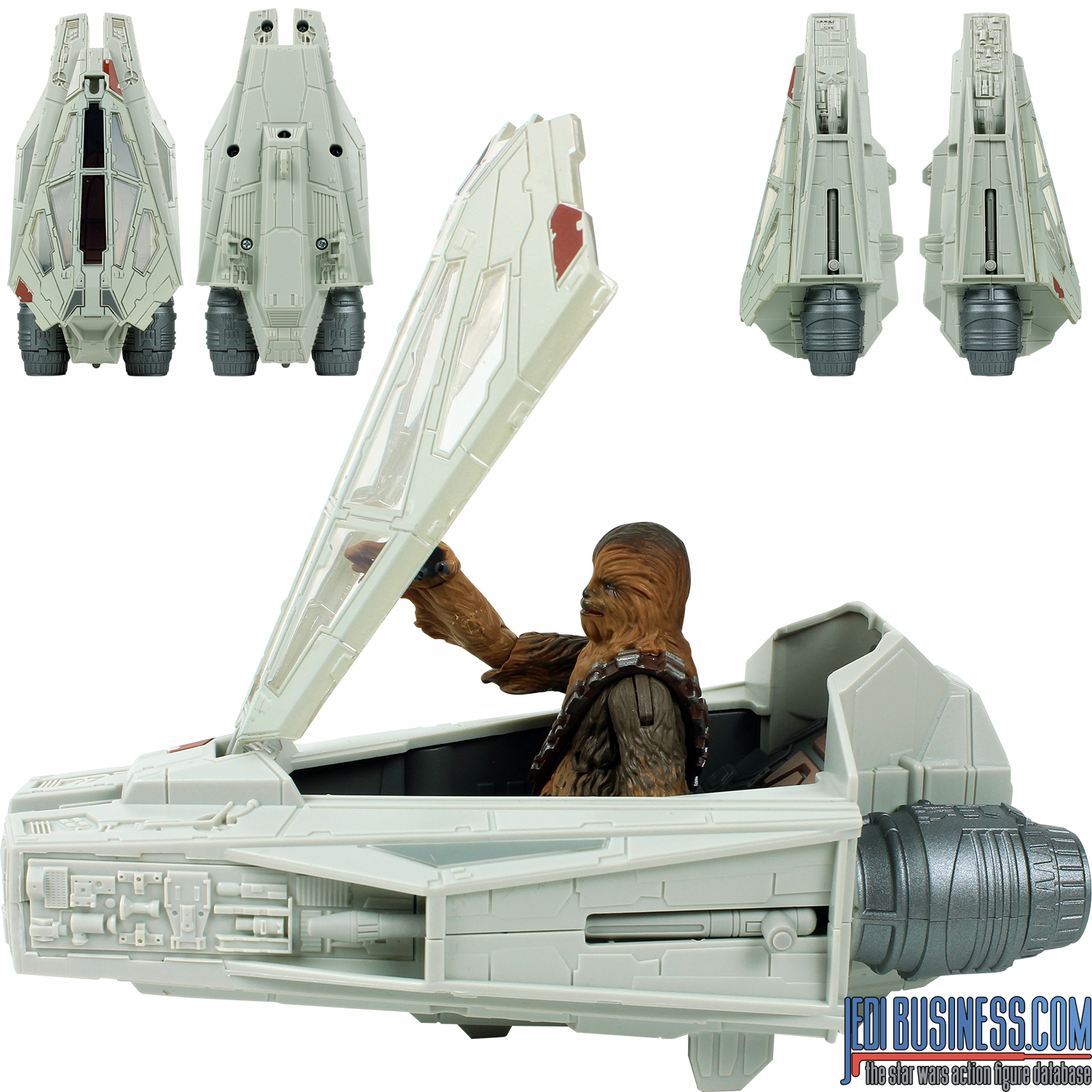 There are quite a few differences between the 2008 and the 2020 paint applications. The Smuggler's Run Millennium Falcon is overall darker and dirtier, but the dirt is subtly applied. Have a look at the comparison pictures below. 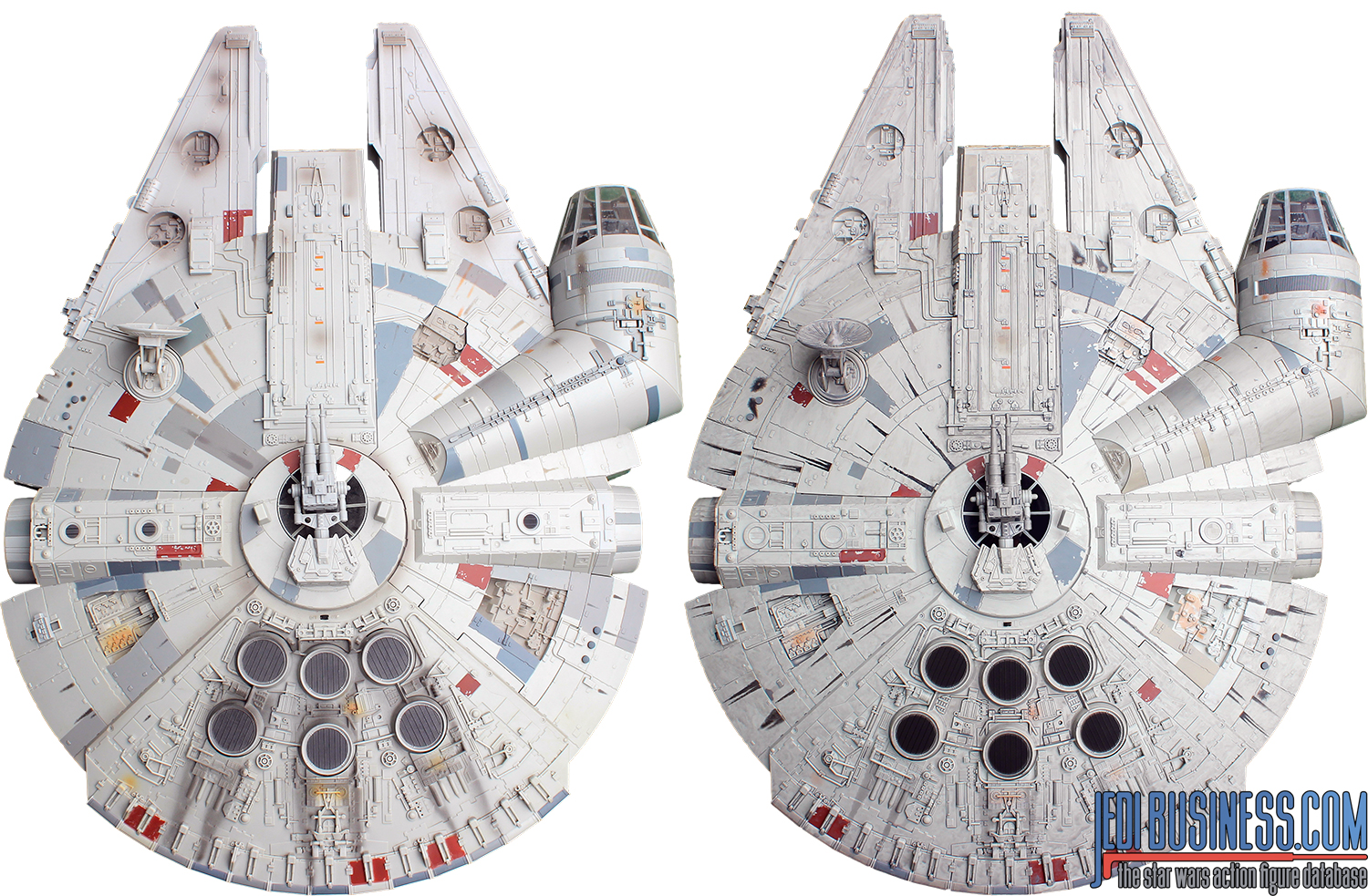 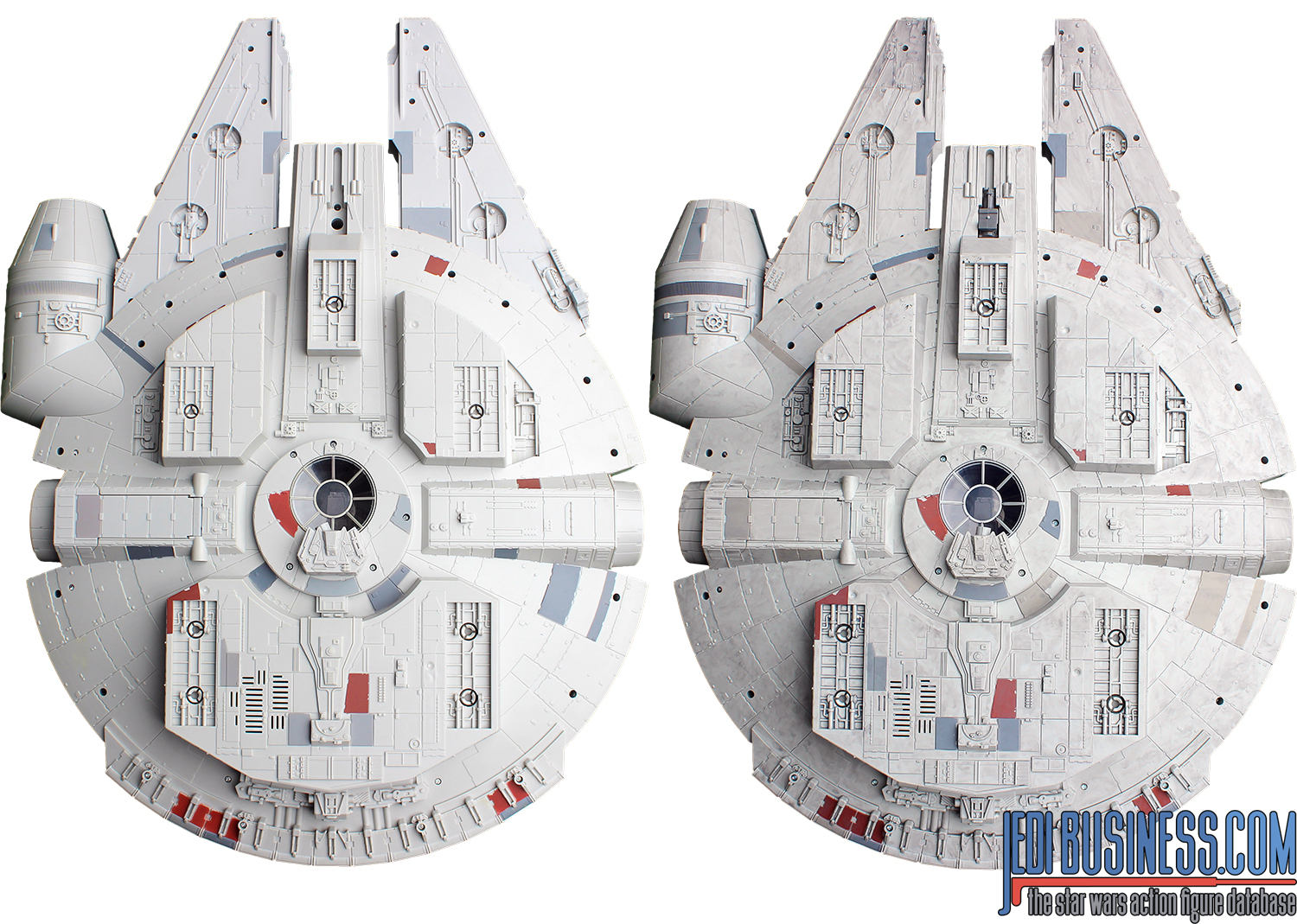 The decals are also different from the 2008 version and it now includes Hondo Ohnaka on some of the stickers. 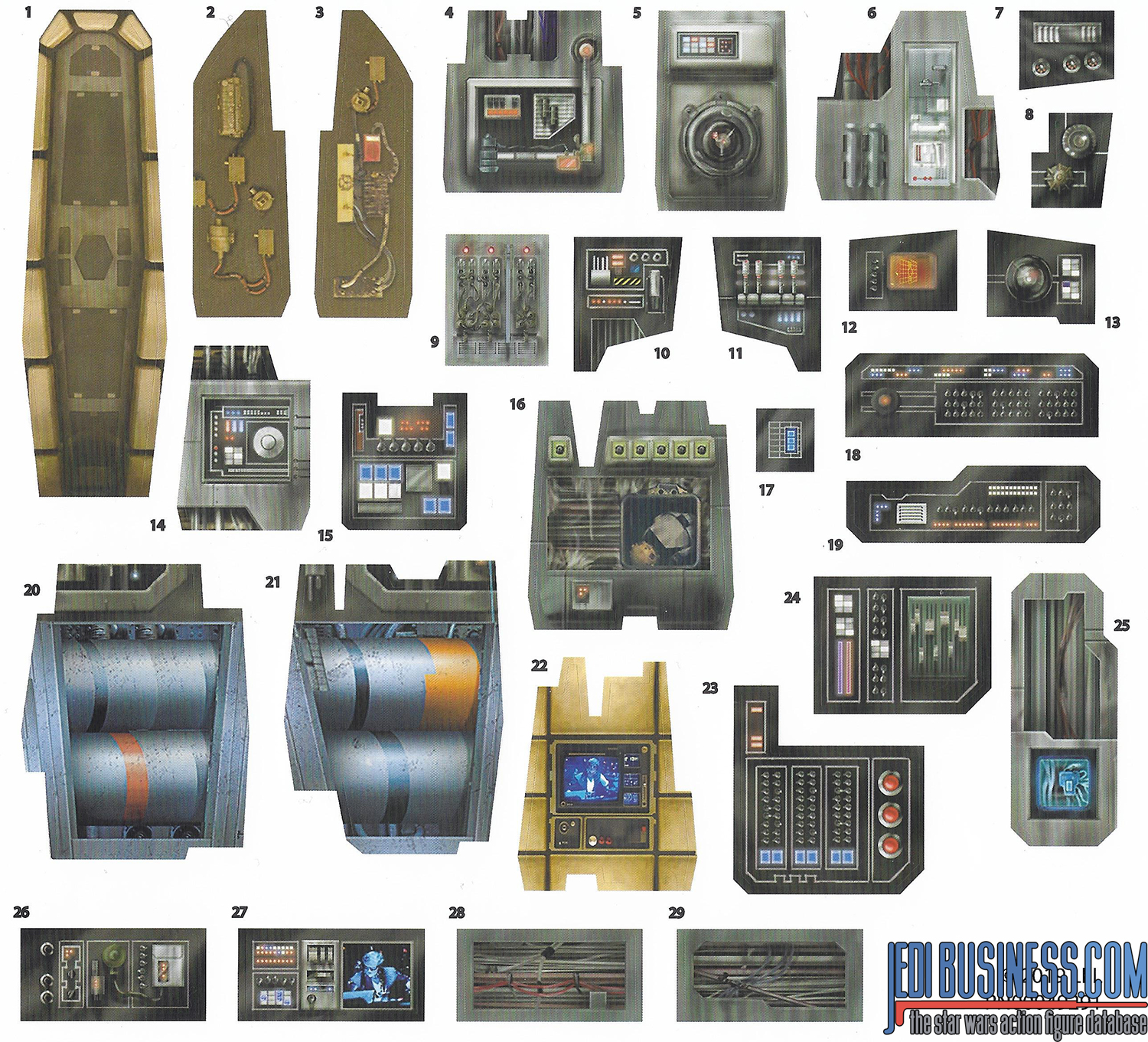 This Millennium Falcon was designed to be a playset and display piece all in one, and it shows with the seeminly endless play features implemented. If you've listened to all the sounds and voice samples (further up here on this page), you know that all the sounds combined make for over 4 minutes in length, which is truly impressive for a toy. It feels that there is something to discover every time you turn it around, a button, new phrases, lights or details which might have gone unnoticed before. The $399.99 price is steep but you get a centerpiece for your collection in return.

If you want to see more images check out the Vintage Collection Smuggler's Run Millennium Falcon photo gallery. For other features like this one have a look at the features sections.

The Smuggler's Run Millennium Falcon from The Vintage Collection