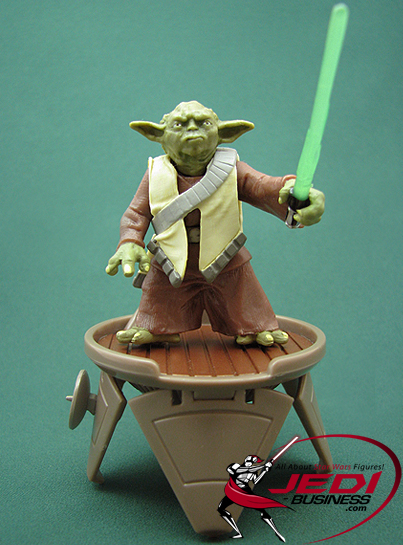 During the Clone Wars, Master Yoda takes on the role of General to lead battalions of Clone Troopers into battle against the Separatists' droid armies. Though previously used to roam the corridors of the Jedi Temple, Yoda's hoverchair has since been specially modified for combat situations. This allows the venerable Jedi Master to not only direct the Clone Troopers in tactical battles, but also to storm into the fight with speed and maneuverability, swiftly taking out the opposing battle droid armies with his lightsaber. 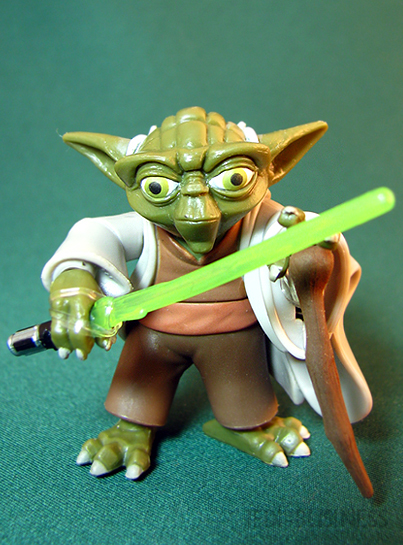 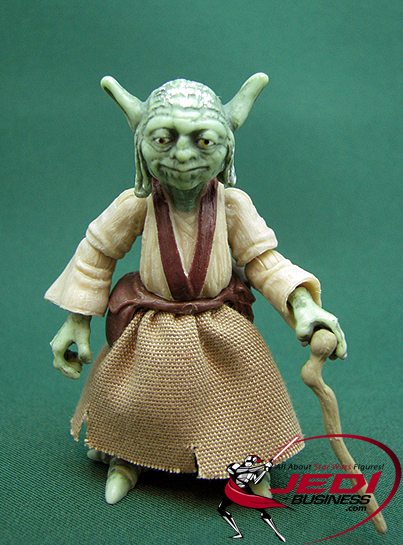 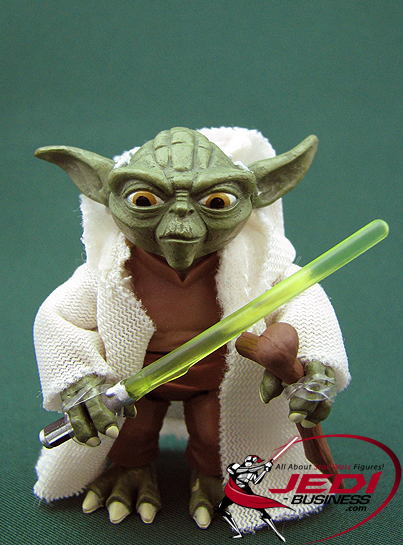 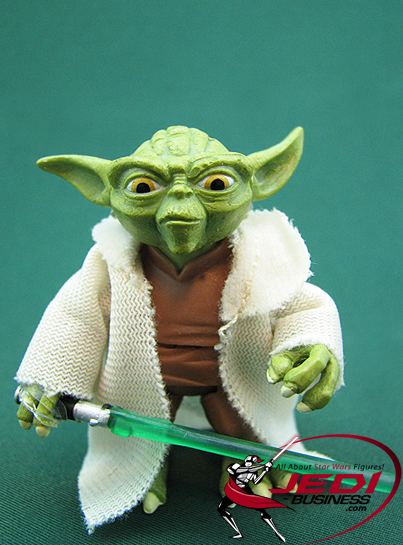 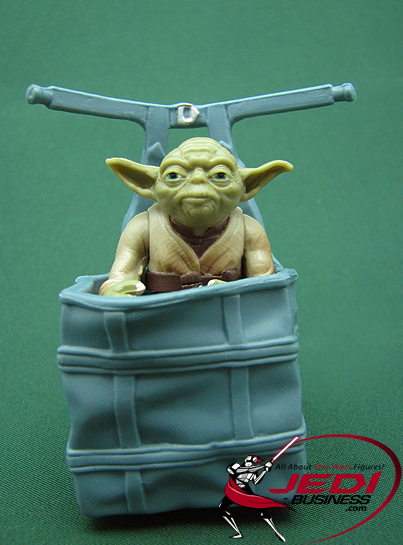 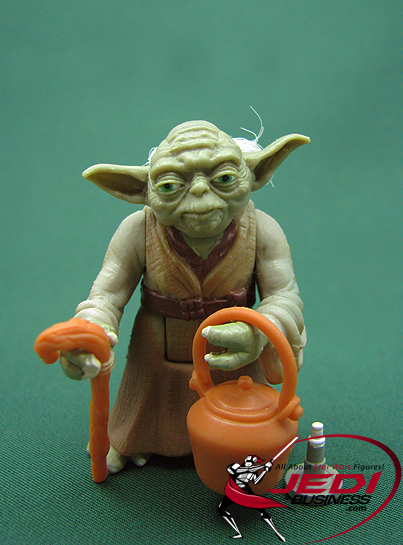