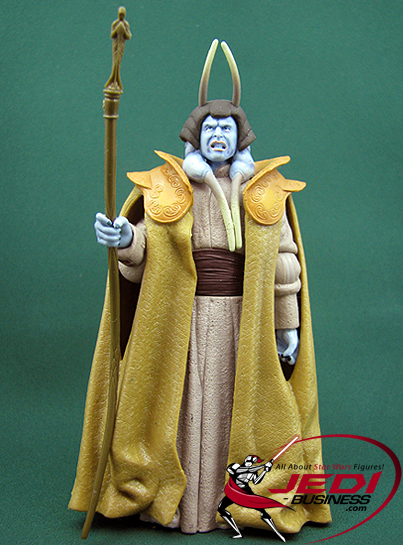 Mas Amedda was seen several times in the prequel trilogy, but most notably when Emperor Palpatine declared the first Galactic Empire in the senate. The figure is very nicely detailed, especially the head sculpt is very nicely done. The cloak is removable, and Mas Amedda can hold the staff tightly in both hands. The most amazing part about this figure is one of its accessories. Hasbro included a removable tongue, which is based on a scene Mas Amedda had where he addresses the senate (check the 1st deleted scenes on the AOTC DVD). The tongue fits nicely into the two little holes on each side of the mouth. Amedda stands securely by itself without the need for a stand. The overall appearance of this figure is fantastic. It's big, it's detailed, and it looks just like the character in the movie.

Mas Amedda was Vice Chair of the Galactic Senate under Chancellor Valorum and is now Supreme Chancellor Palpatine's major domo. The Chagrian official uses his snakelike tongue to express agitation. 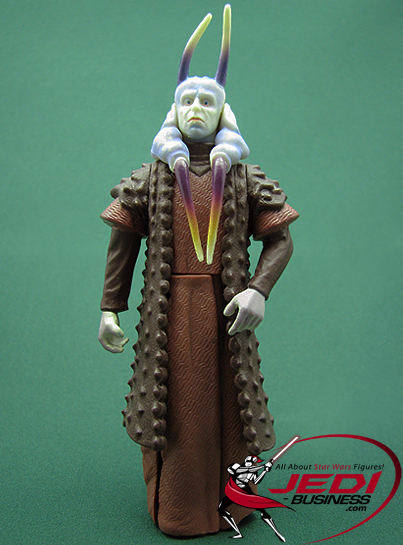