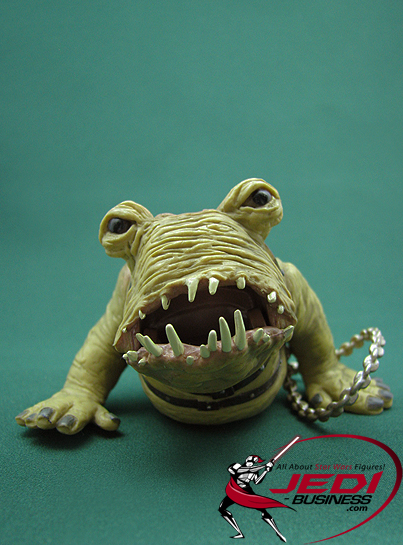 Jabba the Hutt's palace of crime was populated with a variety of individuals who all sought favor with the crime lord, including a B'omarr monk, one of the mysterious monks who used to live in the palace when it was a monastery; Bubo, who once ate a detonation bomb to save the Hutt from an assassination attempt; and Wol Cabasshite, a giant mollusk that clung to the walls of the Hutt's audience chamber and explored newcomers with its prehensile tongue.