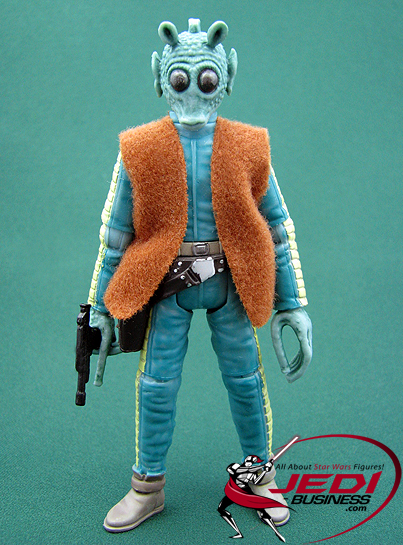 Hasbro has released several action figures based on Bounty Hunter Greedo over the years. This particular figure was released in 2006 as part of the Vintage The Saga Collection (VTSC). Greedo features 14 joints, a removable soft goods vest, and a rodian blaster. The blaster fits nicely into the holster, and Greedo can hold the weapon tightly with his right hand (it doesn't fit in his left). The overall paint application is done nicely, and the head sculpt is pretty much as accurate as it can get. Greedo's vest is a little bit bright in color, but still looks nice, and best of all, it's not overly bulky. Hasbro included ball-joints in Greedo's knees so that you can re-create the famous cantina scene where Greedo sits opposite Han Solo with his blaster drawn (and we all know that Solo shot first, right?). All things considered, this is a great Greedo figure with tons of articulation, and it looks just like Greedo from the original Star Wars movie. 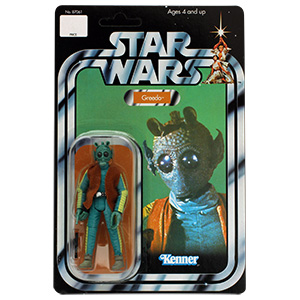 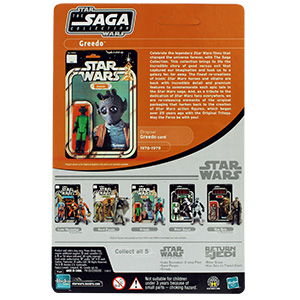 Look at all Greedo images! 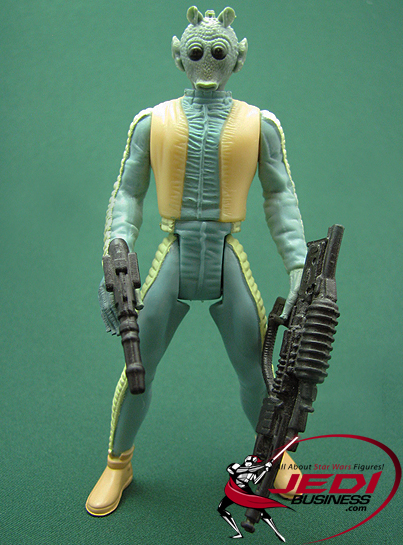 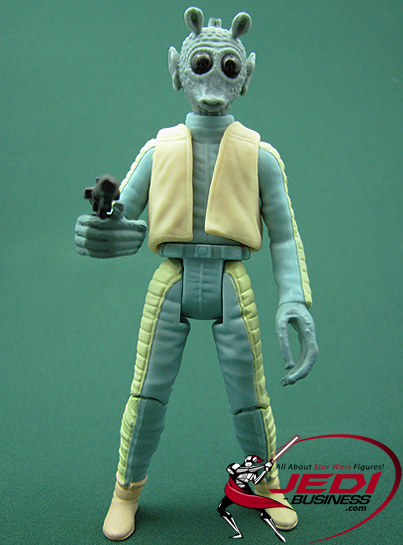 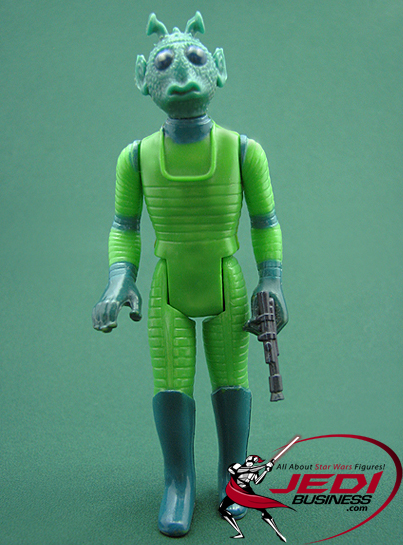 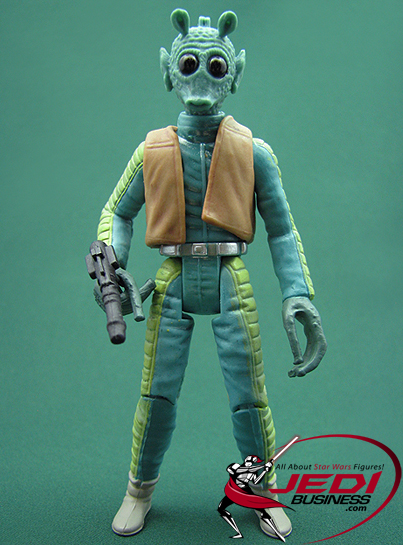