Swoop Biker (With Swoop Bike) The Shadows Of The Empire 1996 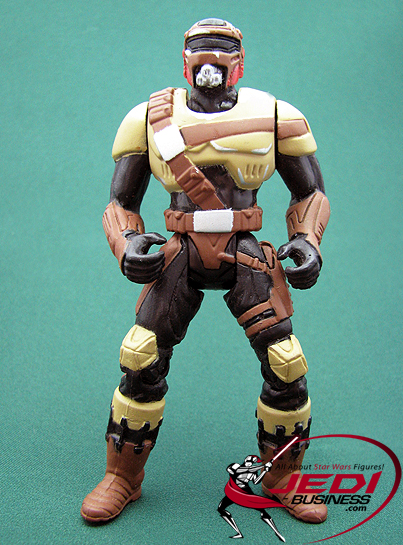 This Swoop Biker was released during The Shadows Of The Empire line in 1996 together with a Swoop Bike. This specific character does not appear in either the graphic novel or the Videogame, and is thought of as a "generic, no-name" Swoop gang member. The figure did not come with any weapons, but his hands are molded in a way so that he could hold one. Kenner gave the armor and the non-removable helmet a nice paint application. Overall, it's a decent figure, and for fans of The Shadows Of The Empire this figure will be of interest.

These "swoop riders" are well-equipped for their profession. Their weaponry ranges in variety from heavy blasters and concussion grenades to battle axes and daggers. Lightweight armor offers limited protection while headgear supplies protection, full sensor array, macrobinocular viewing and a minicomputer for language translation and navigational assistance.