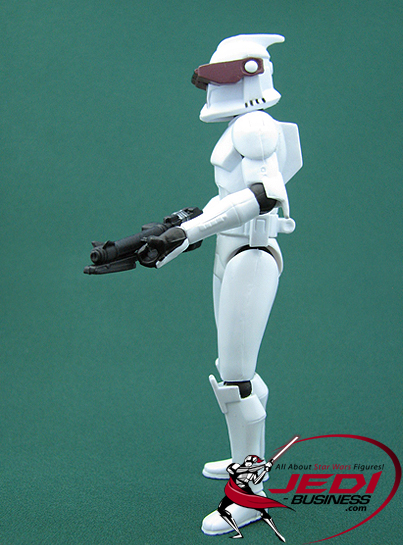 Clone Trooper Echo was featured in the the episode "Rookies" of the first season of The Clone Wars TV show.

The Clone Trooper came with a removable helmet (which has a movable visor), a blaster, and a cannon with projectile. Hasbro gave the Clone 14 joints, including a ball-jointed waist. The paint application is simple due to the white armor, but the blue imprint on Echo's chest is nicely done and mimics the on-screen counterpart closely. Both weapons fit into Echo's hands, but the cannon might need some adjusting of Echo's legs to balance him out right. The helmet fits very well over Echo's head, not revealing any part of his head underneath. Maybe Hasbro should have included a medal with the figure, the way it was seen towards the end of "Rookies", but even despite that it makes for an awesome, super articulated Clone Trooper figure which has not been done before.

After Echo's first battle with commando droids, Captain Rex marks the trooper's armor with the blood of a vicious creature that had attacked them; the bloody hand print is Rex's way of recognizing Echo's transition from a "shiny" to a seasoned warrior. 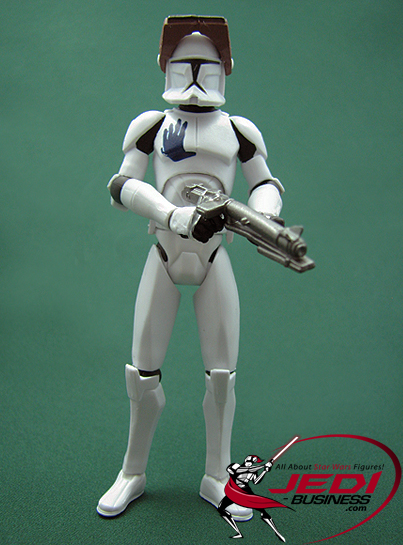 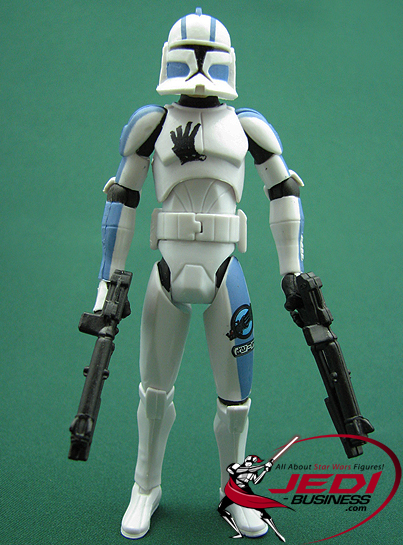 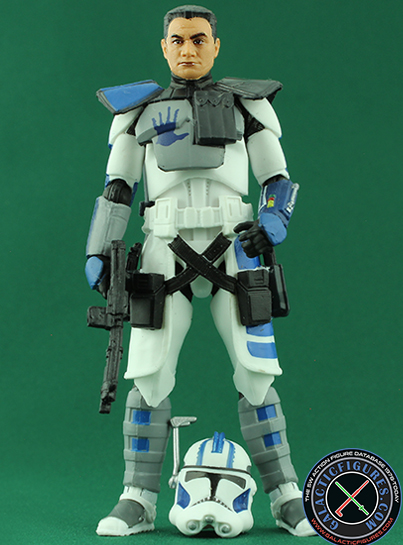 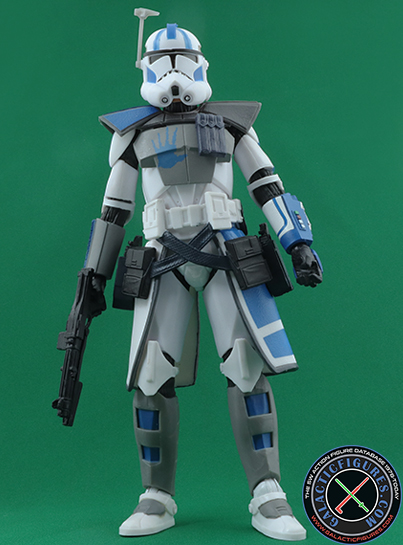 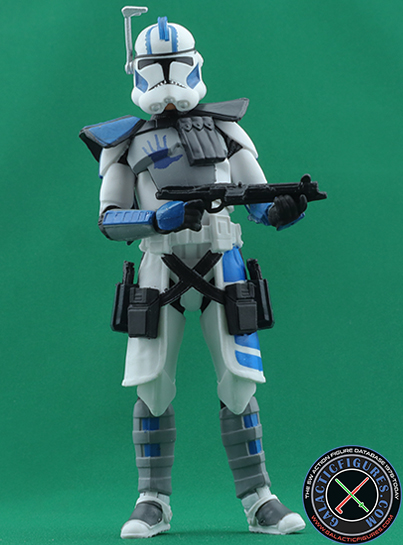