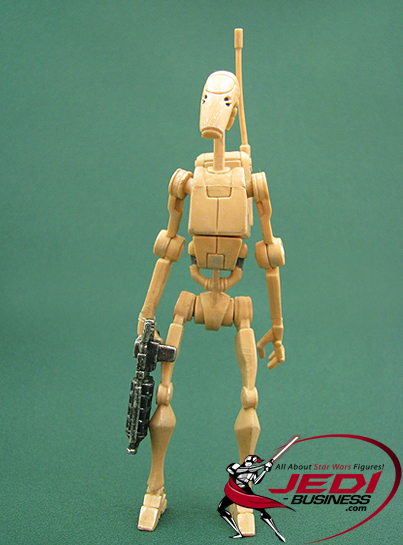 The basic B1 Battle Droids are the main weapon of the Separatist forces and can be seen in pretty much any of the Clone Wars episodes. This figure was released in 2008 in the first wave of The Clone Wars figures, it was given 8 joints and came with two weapons and a removable communicator backpack. The basic blaster fits well into both of the droid's hands, but the rocket launcher causes some problems, because it's too big and bulky and the figure can't grab it properly. Due to the Battle Droid's petite stature (and a left leg which is a tad shorter than the right one), it has balancing problems, and you will need a stand so it doesn't fall over every few moments. The communicator backpack plugs nicely into the back of the droid and sits tightly. Hasbro opted to give the droid a nice worn paint application which looks used and looks overall pretty good. The overall aesthetics and movie likeness is great and should please fans of the Clone Wars TV show, but there is still some left to improve upon for future releases.

Battle droids are the perfect soldiers in battle, programmed to fight without hesitation and deployed in vast numbers that overwhelm opponents. Individually, though, their limited cognitive ability makes them vulnerable when up against the daring recklessness of Anakin Skywalker and the agile Ahsoka Tano; the two skilled Jedi can easily outwit and outmaneuver these mechanized fighters. 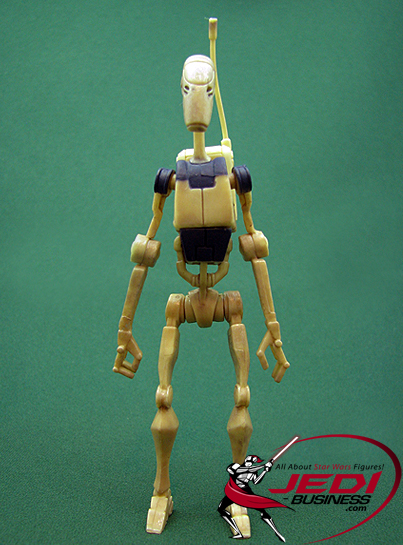 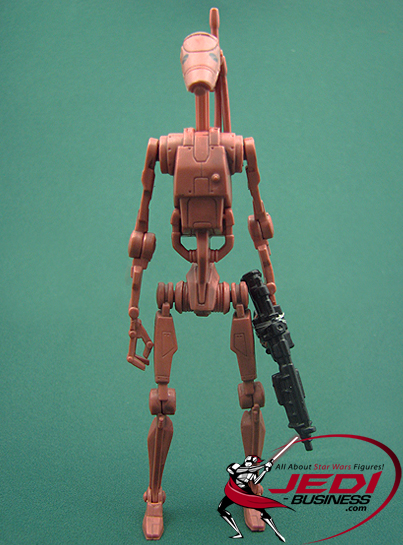 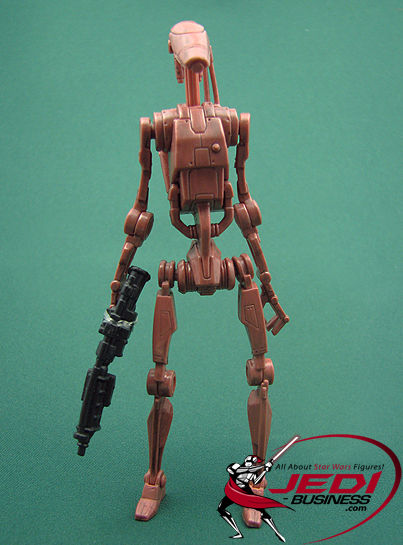 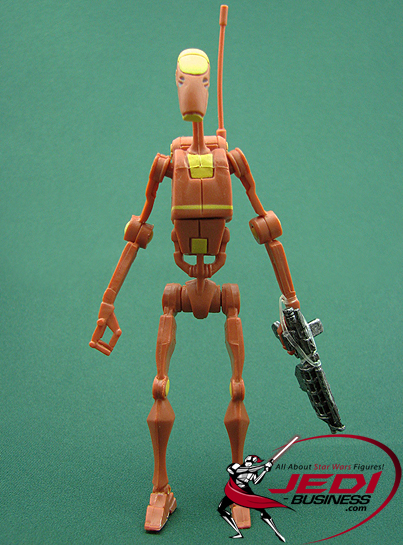