This action figure of Jedi Master Mace Windu was released in July of 2009 and is based on The Clone Wars TV Show. The figure came with a purple lightsaber, a removable chest armor, a removable Clone Trooper helmet, and 2 removable shoulder protection plates. All "snap-on" accessories work well and stay attached on the figure firmly, but the shoulder armor pieces look a bit too bulky. In order to put the chest armor on Mace you will need to pop the head off, but that's quite easy to do because the neck is ball-jointed.

The (funky colored) helmet fits well over Windu's head, and the chest armor is easy to attach. Mace Windu can hold his purple lightsaber tightly with both hands, but the lightsaber hilt looks a bit too long and comes across as bit bulky. Unfortunately, there are no joints in his knees or ankles, but the figure can be balanced out by itself. The face sculpt is nicely done and represents the TV show character well. The paint application is quite simple, but nicely applied. The crest of the Jedi Order on Mace Windu's left under arm looks pretty cool. All in all, it's an average Mace Windu figure based on the Clone Wars, and if you are looking for a more action oriented pose, or a super articulated Mace Windu figure, this isn't the one.

This Jedi Council member is respected for his great wisdom and discerning counsel. A diplomat by nature, he urges discussion and compromise over open conflict. Yet when he must raise his lightsaber in battle, he does so with the skill of a true Jedi Knight. 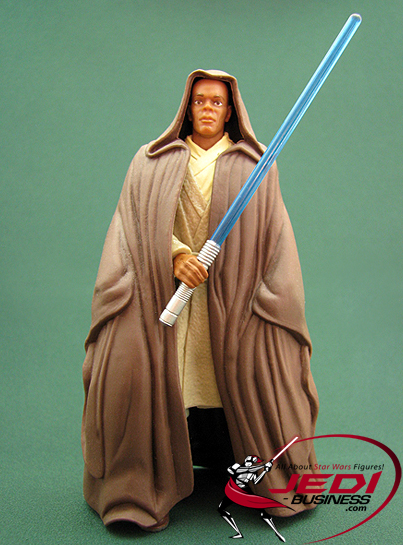 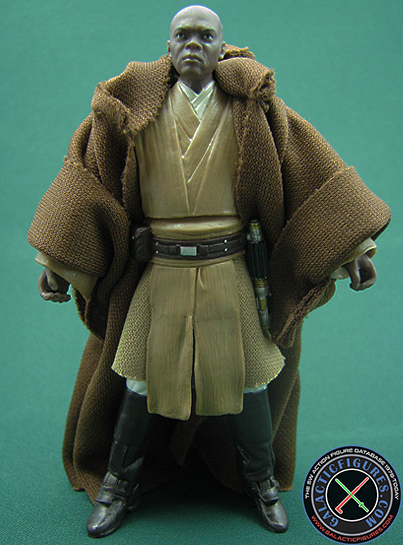