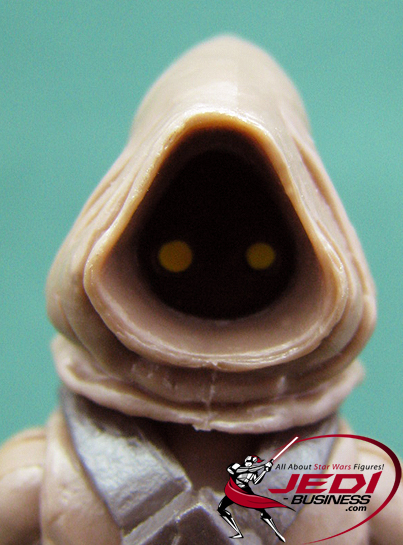 This Jawa figure was released in July 2009 in the basic Clone Wars figure assortment together with another Jawa figure. Hasbro gave the little guy a blaster and a removable bandolier with holster. You will need to carefully pop the head off the Jawa in order to get the bandolier off, but it works. The blaster fits well into the holster, and in both of the Jawa's hands.

The figure is in the correct scale, which means he is about a bit taller than half the size of a regular figure. Even though the figure is quite small, Hasbro managed to add quite a few joints, like ball-jointed shoulders, two swivel wrists, a swivel waist, and two swivel ankles. You can also move the head left and right. The Jawa's legs are molded individually, but due to the hard-plastic clothes you can't move them. The figure stands very securely on it's own and doesn't need additional support. 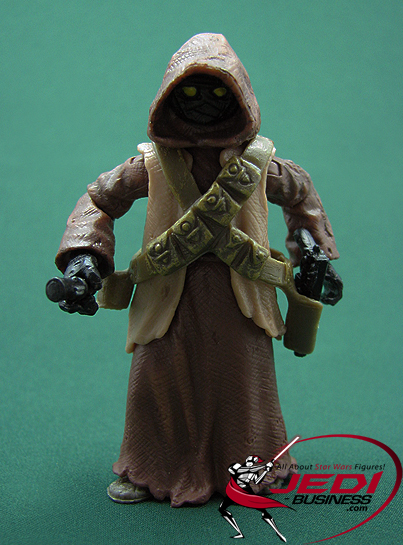 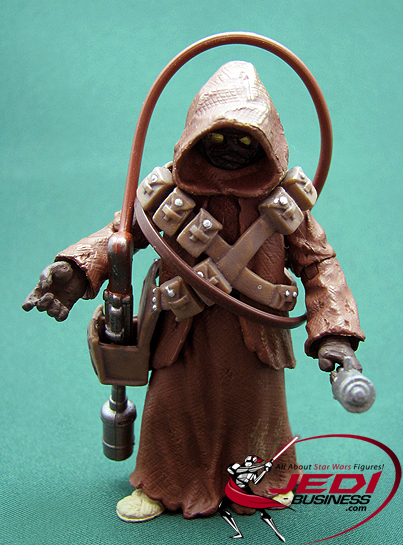 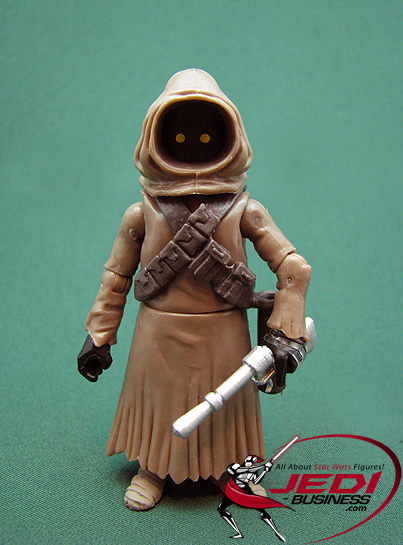 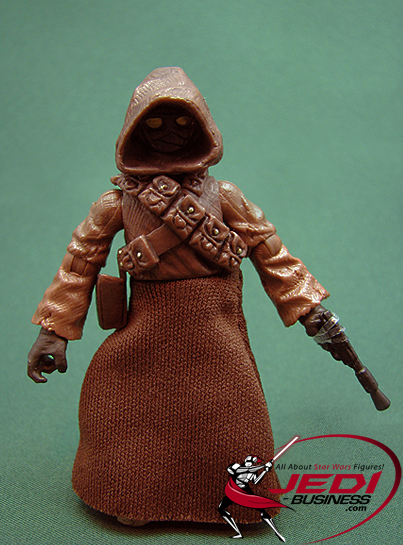 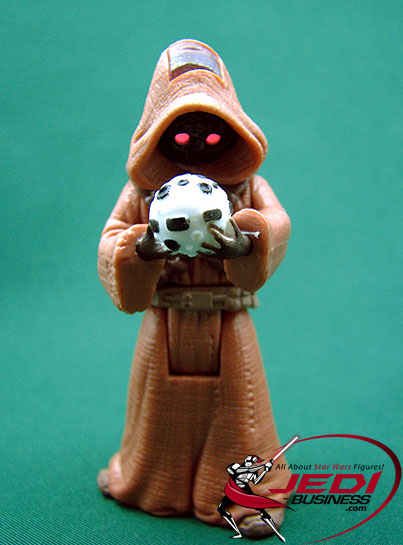 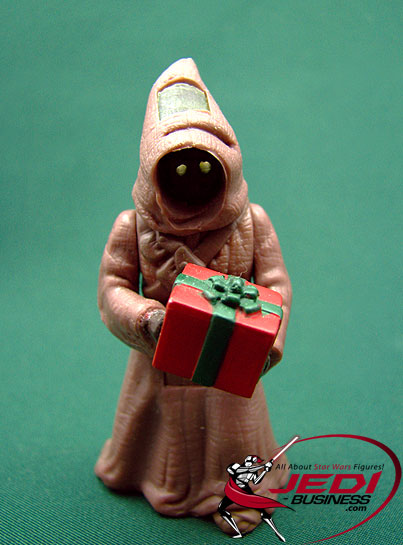