This is pretty much a flawless, super articulated representation of a 501st Clone Trooper. He can hold the blaster tightly, stands safely without any problems, and looks like the versions seen in the animated The Clone Wars show. This figure was a Walmart exclusive in 2008, but retailed at the same price as regular figures. The cool thing was that Hasbro included a special id card the size of a credit card, where you could add your own picture. Personally, I don't like the big rocket launcher weapon, but you don't have to display the figure with it. Overall, this is an excellent figure!

The clone trooper forces are gathering together for their next mission, and they want you to join them! With your very own Republic Army Identification Card, you can become a member of the most elite fighting force in the galaxy. Your destiny awaits, join today! 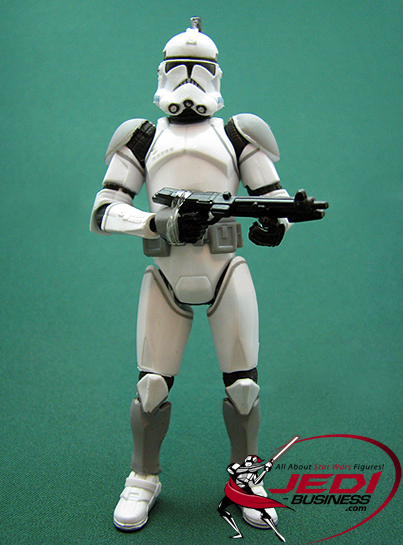