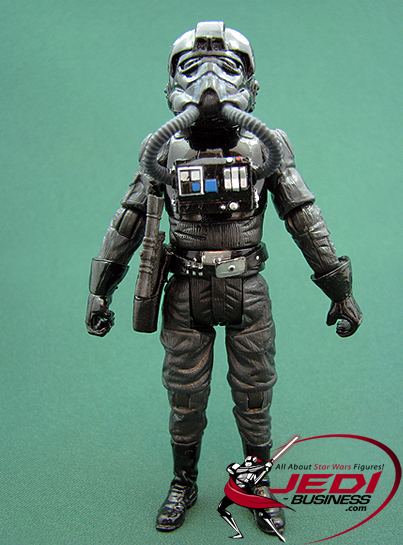 This Tie Fighter Pilot was released during The Legacy Collection in a Walmart exclusive Evolution 3-pack in early September 2009. Tie Pilots with tear markings on the helmets were featured in the space battles in A New Hope and in The Return Of The Jedi.

The figure has a total of 12 joints, most notably missing ankle articulation. The pilot stands somewhat OK by himself, but without being able to adjust the ankles, you might be better off using a stand for more support. The paint application is kept simple with the figure having mainly black and dark gray colors. However, the paint is applied very cleanly without any smudges or factory errors.

Unfortunately, there are several issue with this figure. For one, Hasbro put a big hole in the pilot's chest where the chest box can be plugged in. The chest box is permanently attached to the helmet, so if you keep the helmet on the figure, it works quite well. The problem though is if you want to display the Tie Pilot without the helmet on, because now you have a figure on the shelf which has a big hole in the chest, and that just doesn't look right.

Hasbro gave this Tie Fighter Pilot a holster where the blaster can be put in. Unfortunately the blaster is too long and stands out way too far so that it looks out of place. The holster is attached to a non-removable plastic belt which is not attached to the figure itself. The disappointment is in the fact that the figure's mold has already a belt molded in, so the figure has basically two belts! Take a close look at the front view image!

The Tie Pilot helmet looks good and fits well, but if you want to display the figure without the helmet on, you end up with a figure on display which has a hole in the chest.

Imperial pilots emerge from secrecy as valorous warriors in the waning days of the Republic, then devolve into ruthless enforcers as an evil Empire is born. Clone pilots fly Republic gunships during the Battle of Geonosis. In the final days of the Clone Wars, clone pilots in V-wings battle the enemies of first the Republic, then the Galactic Empire. Imperial pilots rise from the ashes of the Republic to defend the new Empire and enforce the Emperor's orders. 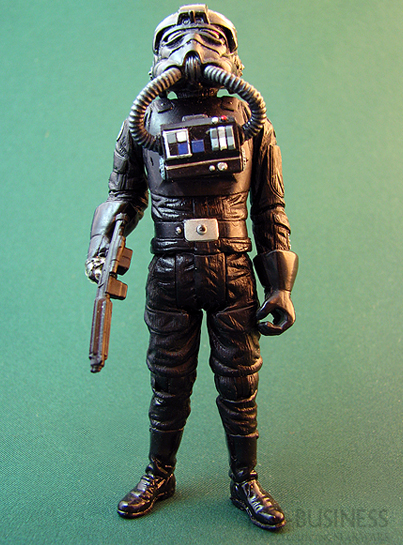 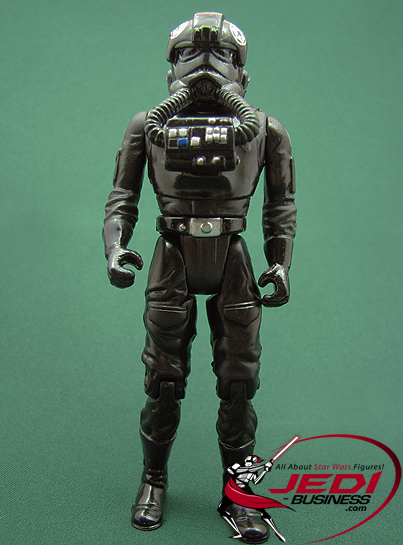 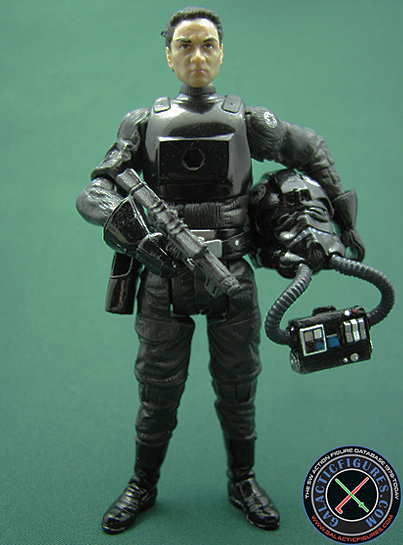 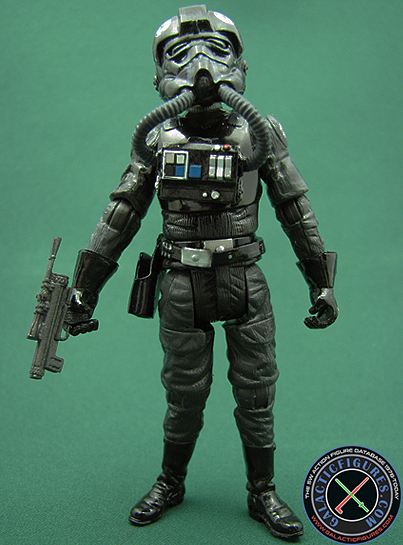 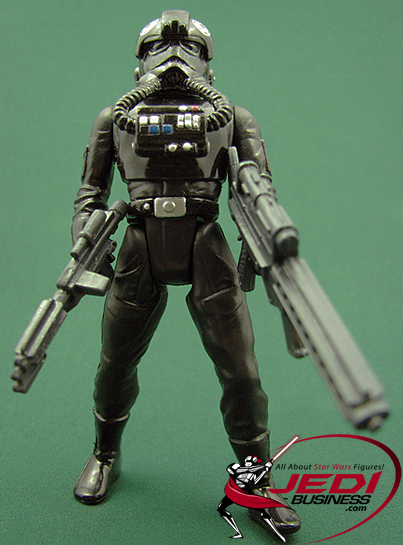 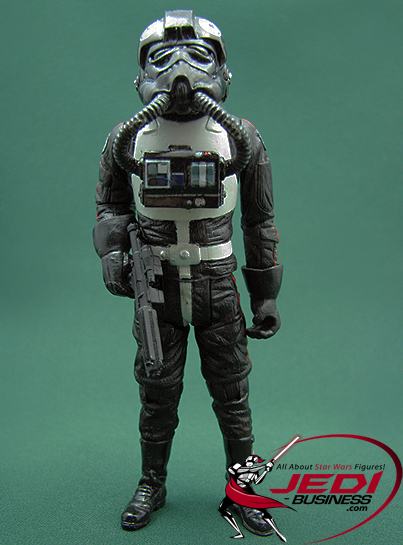