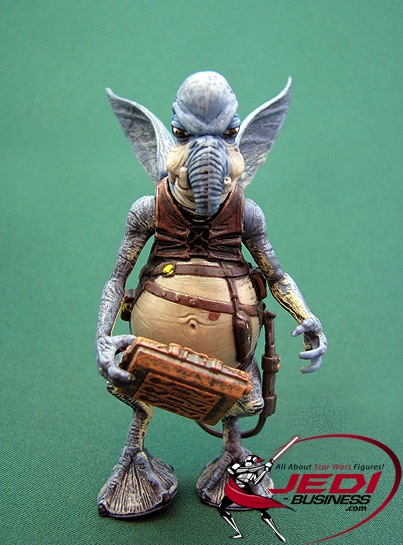 This Watto figure was released as a Walmart exclusive figure in a 2-pack together with R2-T0 in 2008. Watto had a big part in The Phantom Menace and was briefly seen in Attack Of The Clones wearing a hat.

The figure is a re-release, but repaint of the previously released Watto figure from 1999's Episode 1 toy line. The paint application this time around is quite different than before with a more blueish skin tone than green. His skin, especially around the arms and knees, has a "used" look to it. Watto came with two wings, which can be attached and plugged in to the back of the figure. Both wings fit nicely and stay firmly attached. The datapad accessory can be held by Watto in either hand, but he's not able to hold it with both hands at the same time due to the lack of ball-jointed shoulders. If you look closely, you'll notice an electrical device which Watto has hanging from his left side of the belt. The device itself can be detached, and the cable running from it plugs into his belt on the back.

Watto has five joints, including a swivel joint in the head, two swivel joints in the arms and two swivel legs. The figure stands securely on it's own and won't require a stand. All in all, it's remarkable that Hasbro has re-released an almost 10 year old figure without making any kind of improvements to it. While the paint application is quite different compared to the previously released version, it doesn't necessarily enhance the figure, make it better or more accurate. Despite that, it is still a nice figure, which if you don't own a Watto figure yet, can be recommended.

Watto sells used droids and mechanical parts in his shop on Tatooine. One of the droids for sale is R2-T0. 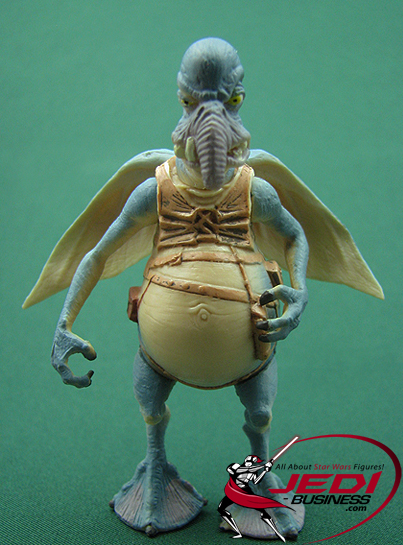 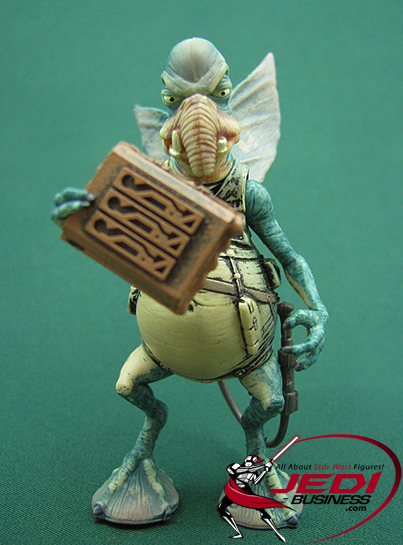 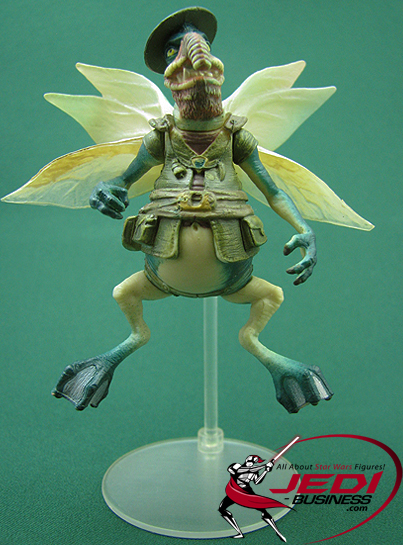