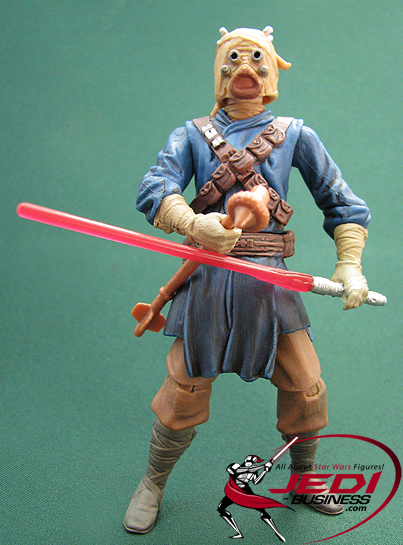 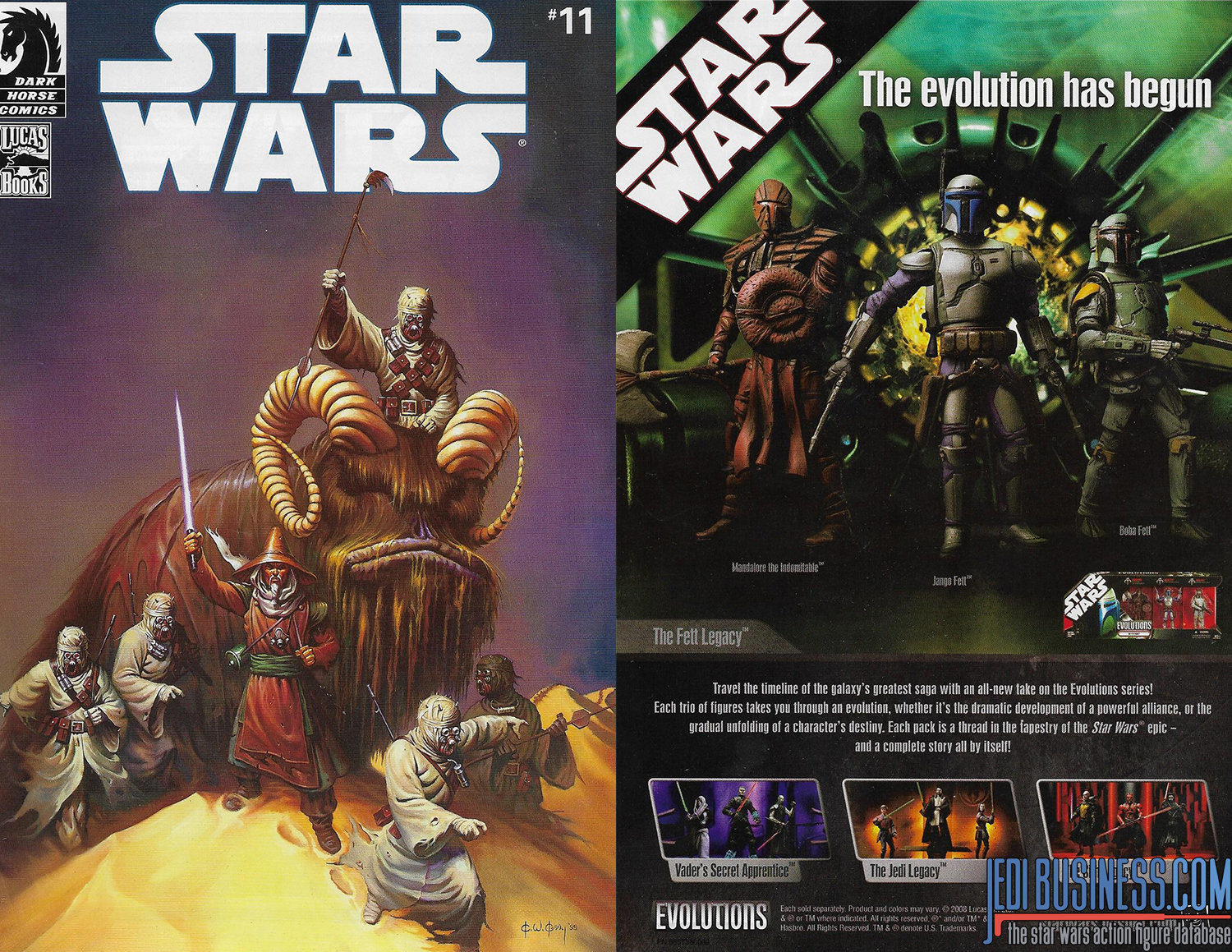 This Sharad Hett figure was released together with a Ki-Adi Mundi figure in a Comic 2-pack in 2009. This version of the Jedi Master is based on expanded universe stories from the Dark Horse Star Wars comic books before the Clone Wars.

Hett has 12 joints total, lacking joints in the ankles. Overall, the figure stands quite securely, and won't require a stand unless you prefer to put it in a more dynamic position. The paint application is well applied with dark brown on the non-removable chest pouches, light brown on the pants and different shades of darker blue on the tunic. It does look quite nice. The Tusken Raider mask is made out of soft plastic, very similar to Clone Trooper helmets, and fits well over Sharad Hett's head. The lightsaber and the Gaderffi Stick fit well into both of the figure's hands.

The figure has a hole on the right side of the belt where a lightsaber hilt can be hung from, but there was no lightsaber hilt included with the figure. All things considered though, this Sharad Hett figure is pretty well done. It's not super articulated, but the head sculpt and the paint application look great. If you are fan of the Dark Horse Star Wars comic books, chances are that you'll enjoy this release.

Jedi Master Ki-Adi-Mundi is sent to Tatooine to find the self-exiled Jedi Master Sharad Hett, who now lives among the fierce Tusken Raiders. As Sharad tells his anguished story to Ki, the assassin Aurra Sing locates the Tusken camp, and brings deadly trouble to the two Jedi and the Sand People.