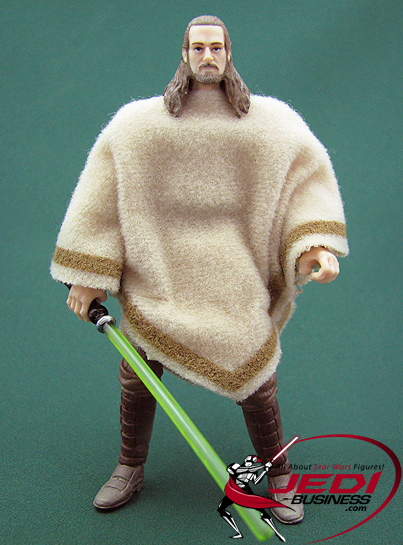 This Qui Gon Jinn figure with Eopie was released in early October 2009. The figure was a Hasbro mail-in exclusive in the United States and could only be obtained when 5 UPC's from the basic figure line were sent to Hasbro. The figure is based on Qui-Gon Jinn's appearance in the Phantom Menace's Mos Espa scenes.

Qui-Gon is based on a previously released Qui-Gon figure from the Anniversary Collection Evolution 3-pack. However, this time the figure has a differently painted face, and a removable soft goods poncho instead of a jedi robe. The boots are painted differently as well with sand sprinkled over them.

Hasbro made this figure super articulated with 14 joints, including ball-joints in the neck, both shoulders, both elbows, the waist, both knees and ankles! The only swivel joints are in the wrists, and in the legs. The figure stands quite securely on it's own without the need of a stand. The green lightsaber (with non-removable blade) included with the figure is the same lightsaber which was already used back in 1999 for several other Qui-Gon Jinn figures. This is not necessarily bad, but the hilt feels a bit bulky and looks bigger than other lightsaber hilts these days. The good thing is though that the figure can hold the lightsaber tightly with both hands.

The paint application is cleanly applied in the facial area. In comparison with the evolution Qui-Gon Jinn, the figure has now a mustache which is not connected to the rest of the beard. Hasbro gave this version a more reddish, browner base color in the face, instead of just white.

All in all, this is a great figure, and thanks to super articulation Qui-Gon fits very well on top of the Eopie. The soft goods poncho works well, and if you take your time, you'll be able to make it look less bulky! If you like Qui-Gon, and you don't own the TAC evolution version yet, you might want to consider getting this figure!

This Qui-Gon Jinn figure was sent out in a white mailer box without any packaging text. 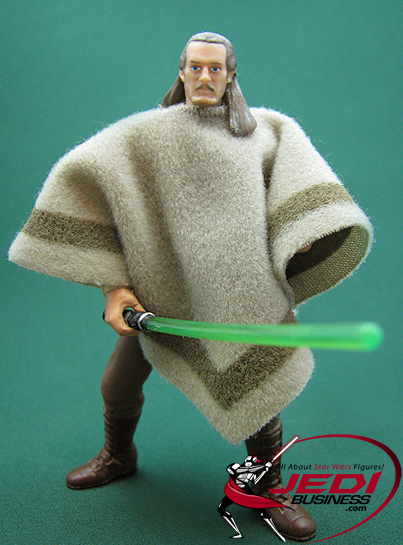 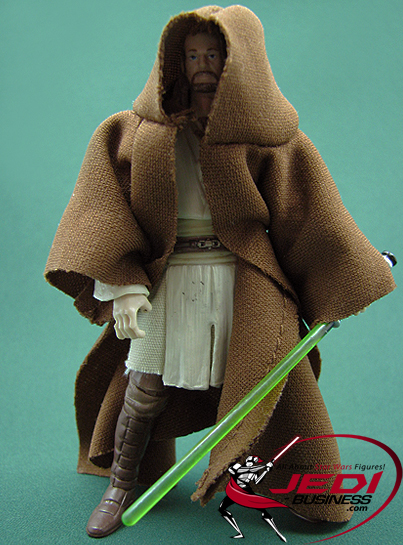 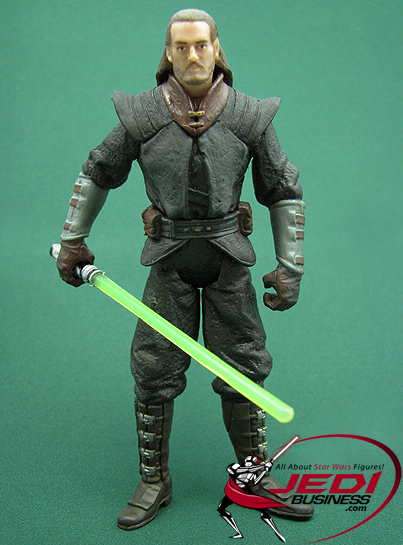 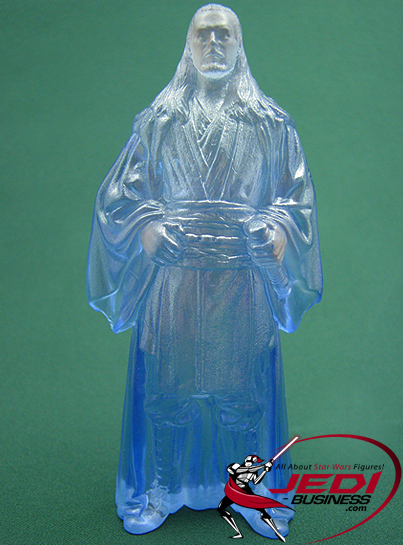 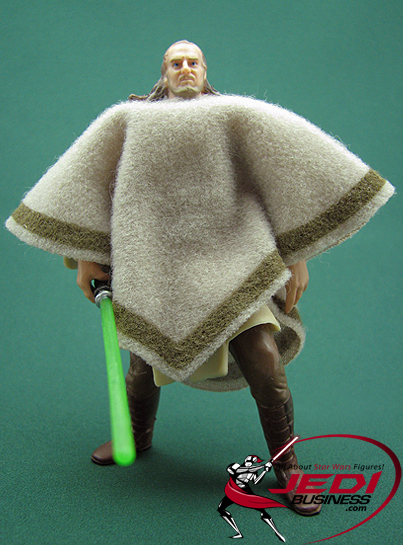 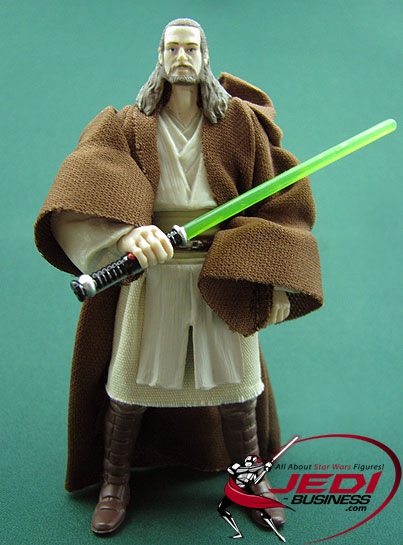