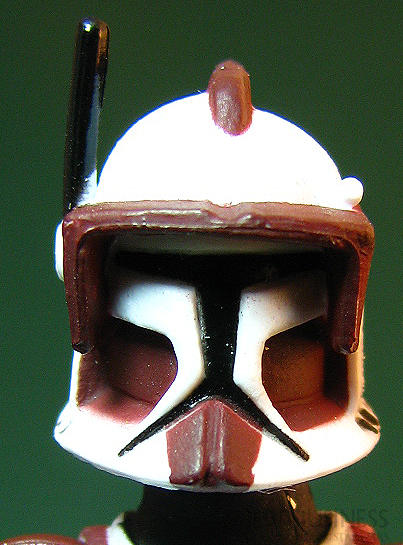 Yet again, Hasbro re-used the basic white Clone Trooper mold for this figure and repainted it. They also added a holster on each side and it features Commander Fox's helmet. Overall this is another perfect figure, and here is why: it looks like the character in the movie, it is super articulated, it stands securely by itself, and the figure can hold the weapon tightly. Besides the blaster rifle, Hasbro also included 2 smaller blasters which fit perfectly into the holsters. This figure was a Target exclusive in 2008 for the release of The Clone Wars line and it retailed for $12.99. The figure was easy to come by.

Commander Fox heads a squad of clone troopers who accompany Padme to the palace of Ziro the Hutt. She hopes to reopen negotiations with the Hutts, who have been tricked into believing the Jedi abducted Jabba's son. The commander finds a hostile reception when the group arrives at Ziro's lavish palace on Coruscant. 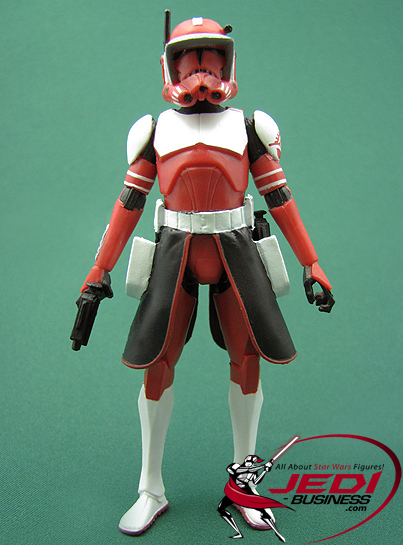 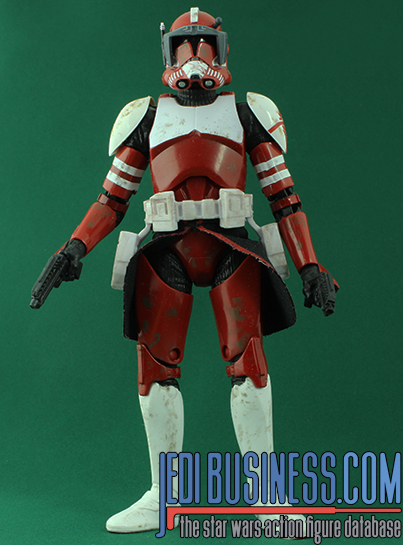