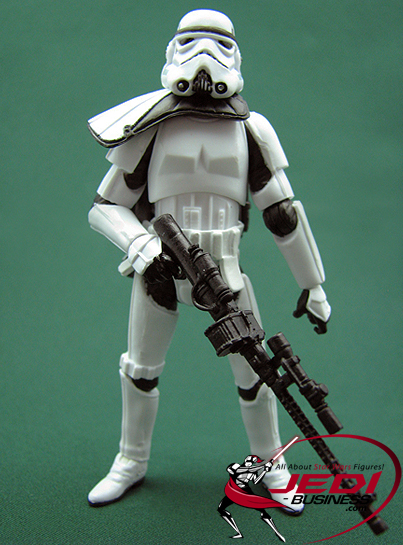 This Sandtrooper action figure was released during the Legacy Collection together with a Dewback as a Walmart exclusive in November 2009. Sandtroopers can be seen in the original Star Wars movie in various scenes on Tatooine.

The figure has 14 joints, including ball-joints in the legs (yes, he could do a split) which makes it easier to sit the trooper on top of the Dewback. With so many ball-joints you can pose the figure in nearly any position you'd like. The Sandtrooper stands very securely on its own without any balancing issues, even with the backpack attached to its back. However, Hasbro included the typical peg holes in the feet if you'd like to use a stand. Both of the Sandtrooper's weapons, the vibro lance and the blaster rifle, are a good fit for either hand. The blaster rifle deserves extra mention, because it's molded very nicely with lots of details on it.

The paint application is cleanly applied, but you won't find any kind of "Tatooine dirt" on the boots or anywhere on the armor. All in all, it's a great, super articulated Sandtrooper figure. The inclusion of ball-joints in the legs and the fantastic looking blaster rifle make this figure stand out from any previously released Sandtroopers. The included dewback itself is a treat, which rounds out this Walmart exclusive nicely.

Dewbacks are large, domesticated lizards that are used for transportation on Tatooine. Sandtroopers stationed on the desert planet ride dewbacks, and Tatooine natives use the reptiles to haul goods. Dewbacks easily withstand intense daytime temperatures that cause mechanical equipment to malfunction. Sandtroopers used dewbacks to search for R2-D2 and C-3PO after the droids escaped Imperial forces on the Tantive IV. 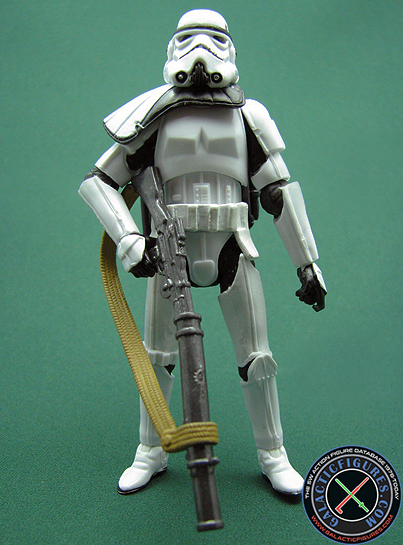 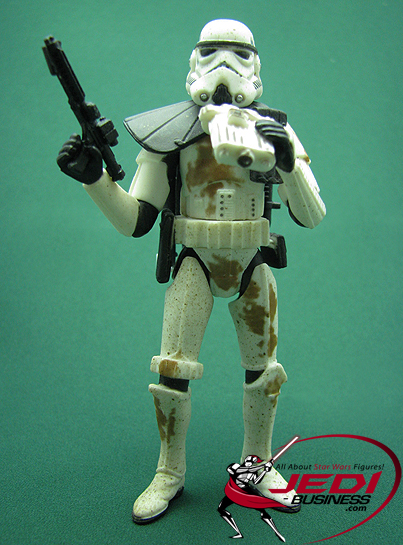 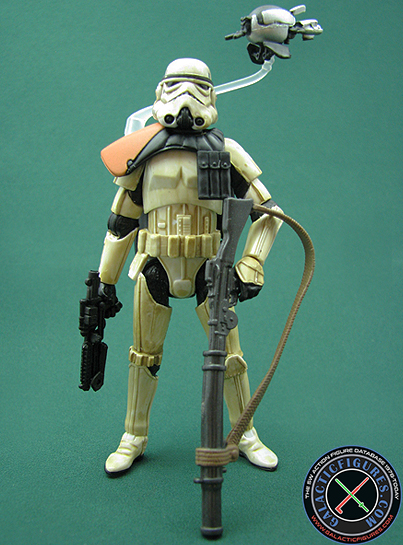 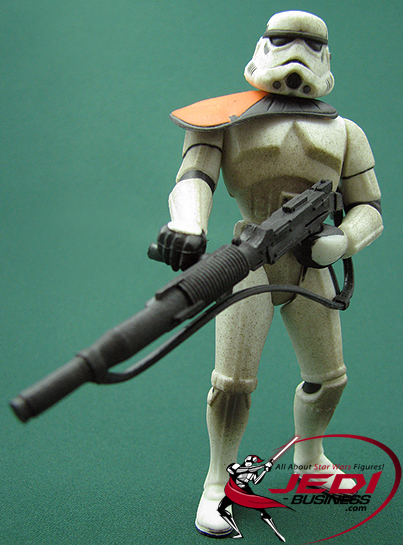 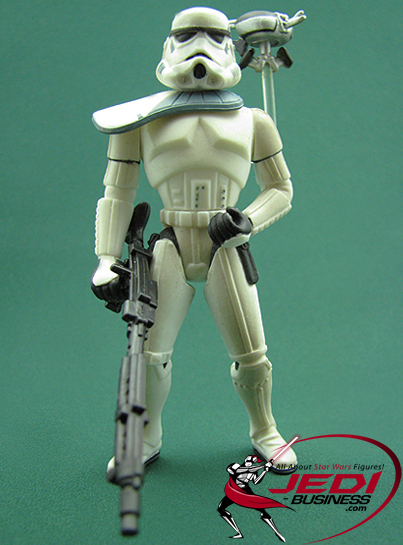 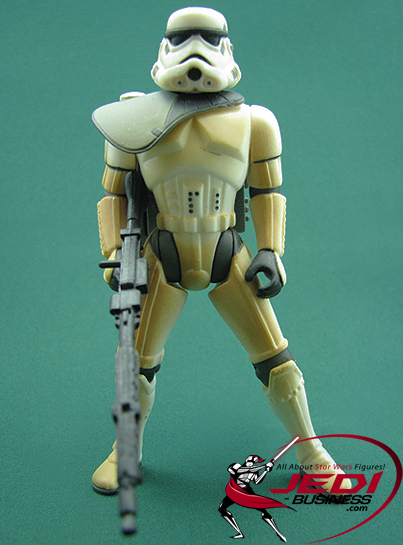