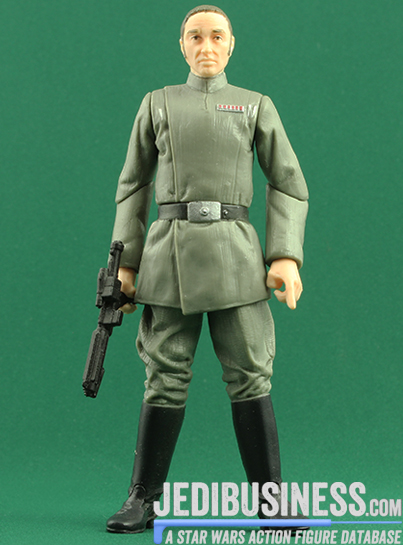 General Tagge was released in a 7-pack titled "Death Star Briefing" as a PX Previews exclusive;The other figures in this set were Chief Bast, Grand Moff Tarkin, Admiral Motti, Darth Vader, Officer Cass and Admiral Motti;The figure came with a blaster which fits well into each hand;The left hand is molded with a finger pointing;Unfortunately the figure is unable to sit like the character in the movie;General Tagge has no balancing issues and stands securely on display;Hasbro painted the figure well and the Imperial rank insignia on the chest appears to show the correct rank;