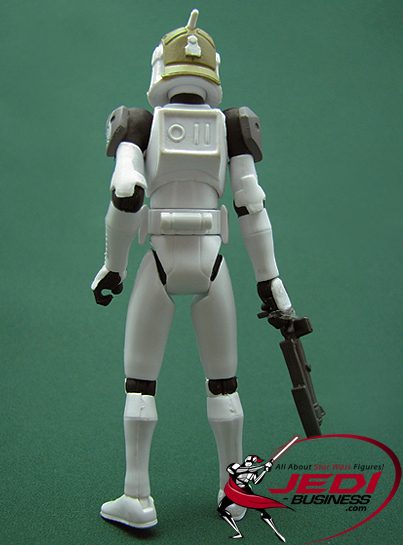 This Clone Tank Gunner figure was released individually carded during the Clone Wars animated line in fall of 2009. After the figure was released, collectors noted that there were two different versions of this figure, where the later released clone had a green painted triangle on the front of the helmet. This first version had the triangle painted in the same color as the helmet. The Clone Trooper can be seen mostly in the background throughout various episodes of the Clone Wars animated TV show.

The Tank Gunner has 14 articulated joints, including ball-jointed wrists! With that many joints, you'll be able to pose this figure in any position you want it to be in, and most importantly, it'll be able to sit or stand behind a cannon on your Turbo Tank or AT-TE. The included blaster is a good fit for both of the trooper's hands. The bigger cannon fits OK, but due to the size and weight of it, it'll take you longer to balance the figure out.

The paint application is well applied with very clear markings on the helmet and the left shoulder. The armor is kept in a clean, unused, shiny white condition without any weathering on it. The shoulder and chest armor pieces are kept in a gray color. Overall, this super articulated Tank Gunner figure is a welcome addition to the ever growing army of animated clone trooper figures. It'll add some variety to your squad, and it'll look great behind a cannon, on the AT-TE or the Turbo Tank! 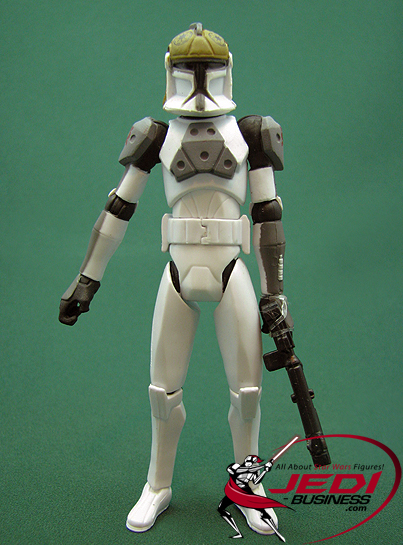 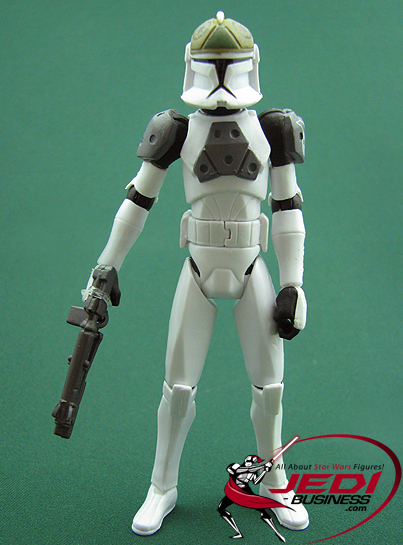 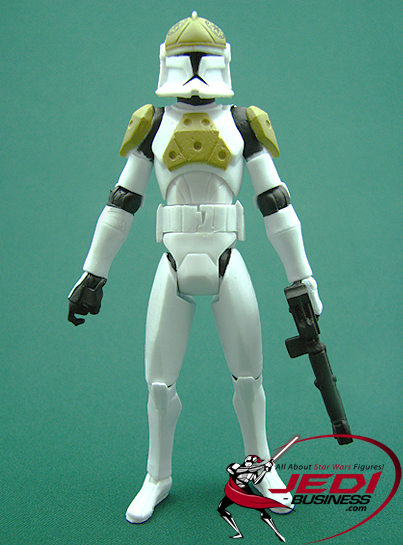