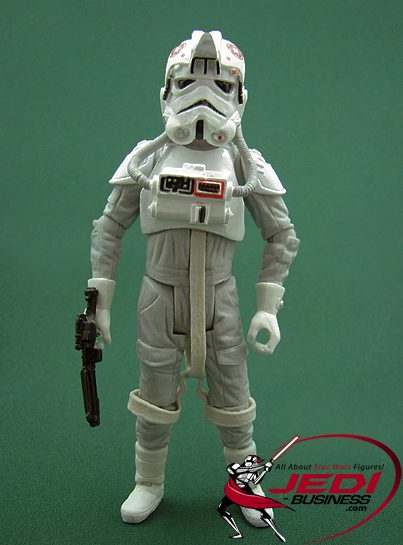 This AT-AT Driver was released in late 2009 as part of the basic figure assortment from The Legacy Collection. AT-AT Drivers can be seen piloting AT-AT walkers during the Battle Of Hoth in The Empire Strikes Back.

The Imperial has 14 joints, with all of them being ball-joints, except for both legs. Since you can adjust the knees and ankles, it's possible to have the figure stand on its own without a stand. The included blaster is unfortunately too small for either hand, and it keeps falling out. The AT-AT Driver's helmet is too small, and it doesn't cover the entire head, it leaves the neck and part of the head in the back open.

The paint application on the AT-AT Driver is well done, and it appears to look like the uniform that was briefly seen in The Empire Strikes Back. Aesthetically, the AT-AT Driver looks great and thanks to so many ball-joints, the figure will fit into your AT-AT vehicle. However, with the head being exposed in the back, and a blaster which the figure can't hold, there is still room left for Hasbro to improve upon.

The massive AT-AT walkers need skilled drivers to handle them efficiently in battle. AT-AT drivers are experts at operating these ground assault vehicles to keep them moving over rough terrain while pounding their targets with laser cannon fire. 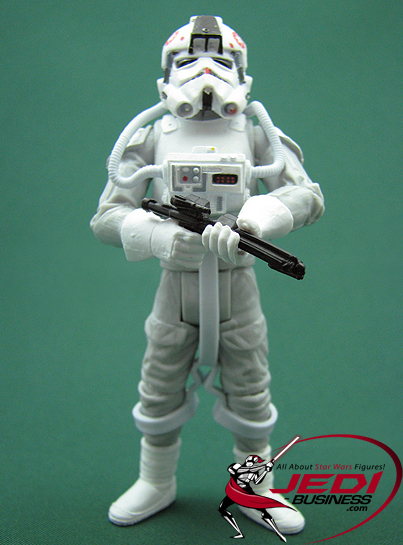 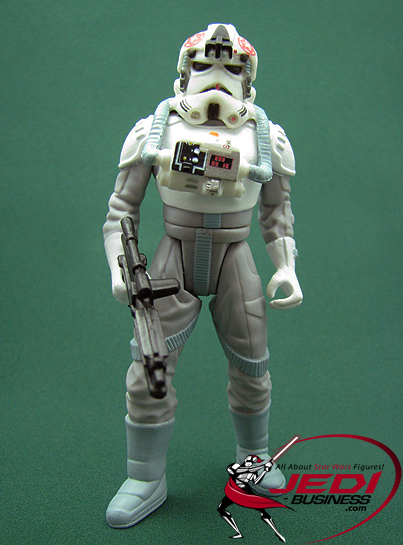 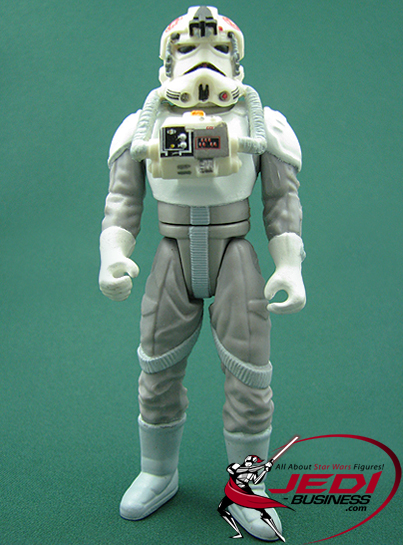