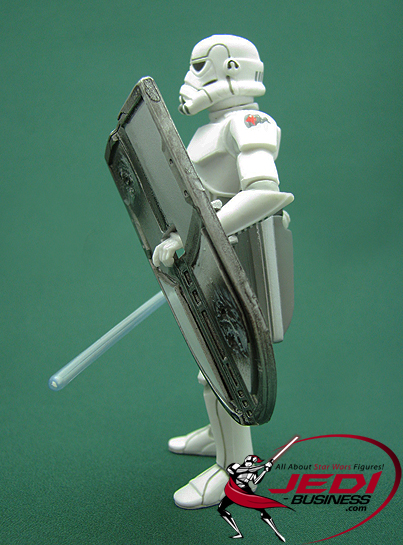 This concept Stormtrooper was released individually carded in 2007 as part of The Anniversary Collection. The Stormtrooper is based on concept art created by Ralph McQuarrie for the original Star Wars movie.

The figure is a repaint of the previously released McQuarrie Stormtrooper from 2003. Besides the paint application, it also appears that the left leg is slightly longer, which helps to balance the figure out much better, and you won't need a stand or worry about the figure falling over. The trooper has 10 joints, lacking knee and ankle joints. Unlike the previous version, this time the joints are much looser, and you don't have to worry about breaking the arms off when you are repositioning the figure. The included shield can be attached to either arm, and it's an overall good fit. The lightsaber fits well into the figure's right hand, but it's not a good fit for the left hand. The blaster can be stowed away in a pretty bulky looking holster on the left side of the belt. It's also a decent fit for either of the figure's hands. The Stormtrooper's helmet is not removable.

The paint application on this McQuarrie Stormtrooper is the biggest difference to the previously released 2003 version. There are now lots of gray and silver accents on the armor, and the shield looks now as if it has seen lots of battles. There are also some small red markings on the trooper's left shoulder, and on the back of the helmet. Hasbro even painted the blaster and gave it some silver and red accents. Overall, this McQuarrie Concept Stormtrooper is well done and an improvement over the first released McQuarrie Stormtrooper. It's not perfect, but close enough to the concept drawings, and a great addition to the McQuarrie concept series figures. 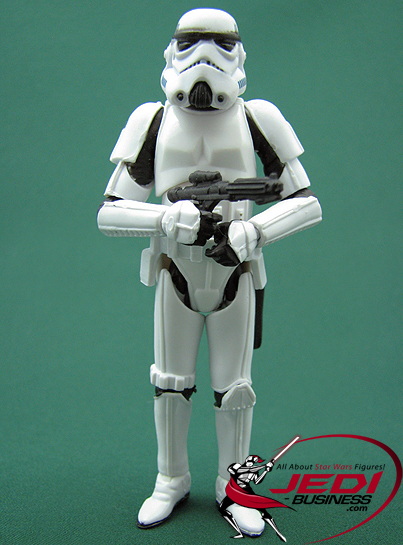 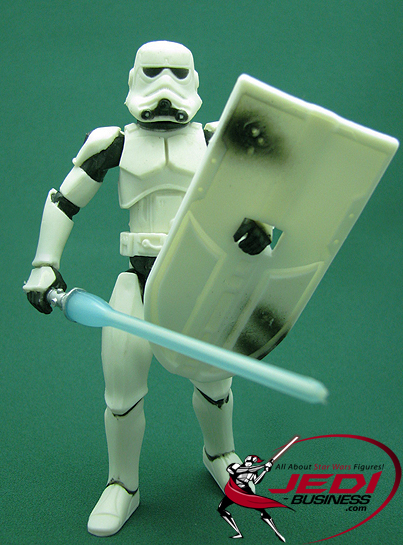 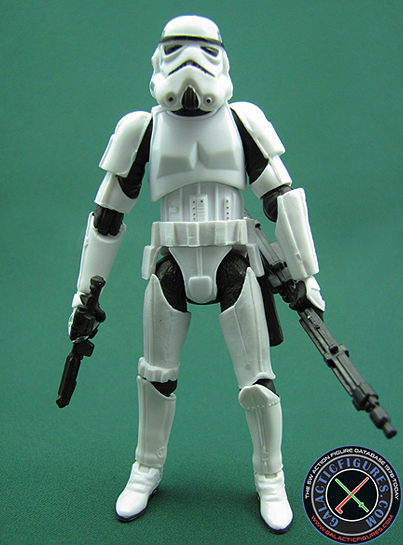 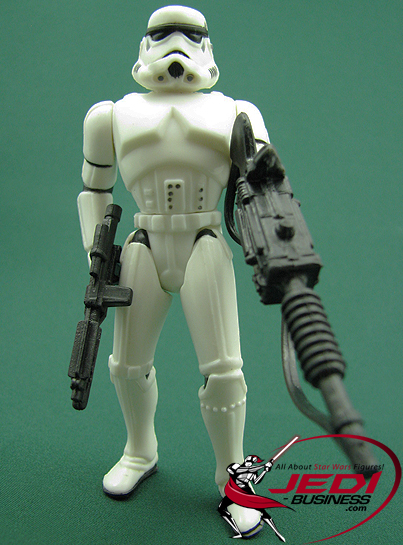 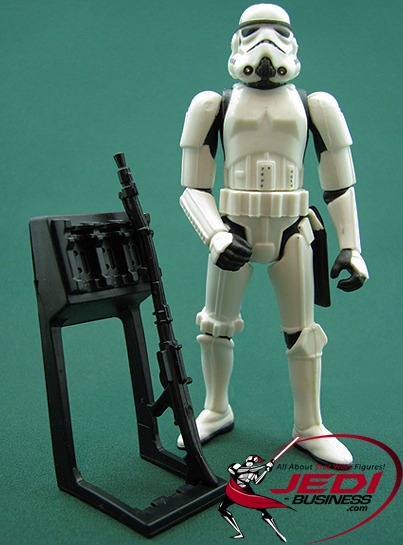 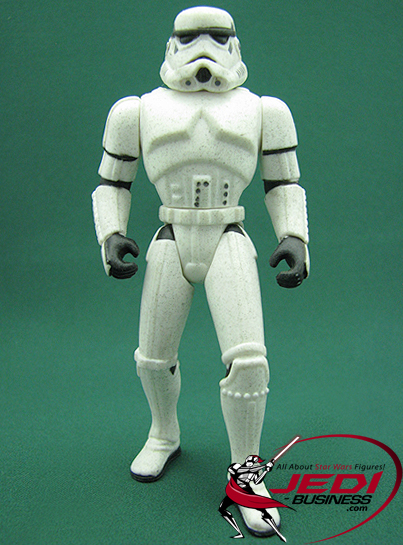