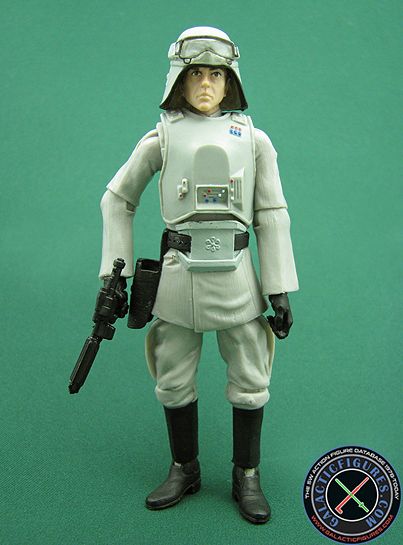 The AT AT Commander was released individually carded during the first wave of The Vintage Collection in 2010. The figure has 14 joints, including ball-joints in the neck, shoulders, elbows, knees and ankles. The wrists, the waist and both hips are swivel jointed. The Imperial came with a removable helmet, goggles, removable chest armor and a blaster. All the accessories turned out great, and the figure has a firm grip on the blaster with both hands. The blaster fits also nicely into the holster on the right side of the waist. The chest armor fits well and it doesn't make the figure look bulky. The helmet fits nicely over the head and you can strap the goggles around it to make it look like it did in the movie.

The paint application on the AT AT Commander is OK, but nothing out of the ordinary. The face is painted nicely, and there are no smudges or paint errors from the factory. All things considered, this AT AT Commander turned out nicely, it's a super articulated action figure and the best representation in plastic of this character to date.

MORE AT AT COMMANDER IMAGES 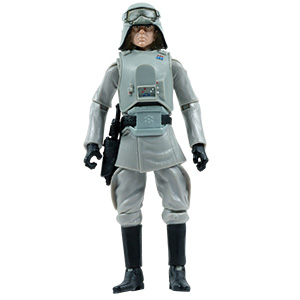 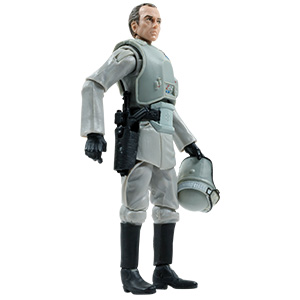 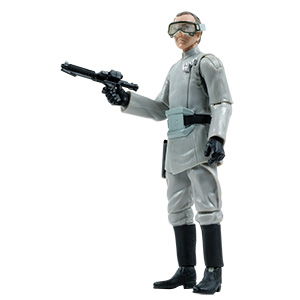 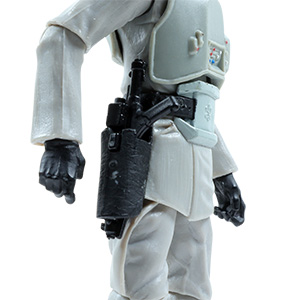 Look at all AT AT Commander images!

MORE AT AT COMMANDER FIGURES 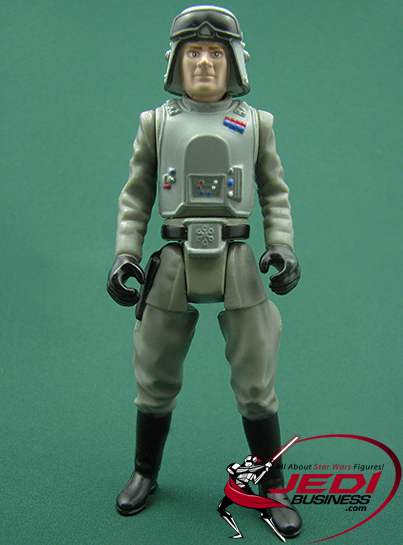