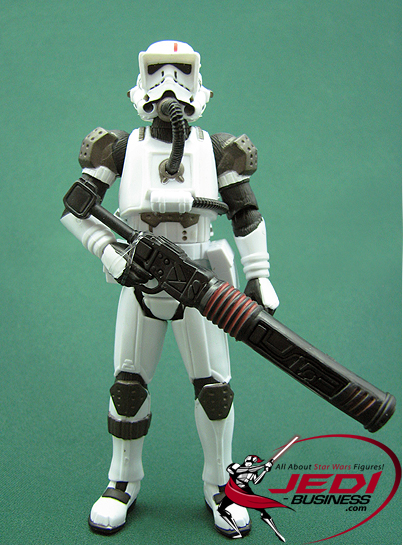 For this figure, Hasbro re-used the existing Jumptrooper mold, but made some significant improvements to it. The biggest improvement is the inclusion of a jet-pack, which can now be plugged into a hole in the back of the figure. The previously released Jumptrooper didn't have a jet pack at all. Hasbro also changed the figure's blaster, which is now a bigger blaster rifle instead of the basic imperial blaster. This is a good change, because Jumptroopers in the game used bigger weapons than basic Imperial blasters. The rest of the figure is the same as the previously released version, including the super articulation, no balancing issues, stiffer joints and a non-removable helmet.

The paint application on the Imperial Jumptrooper is different from the first released figure. Now the clone trooper comes in a pristine condition, without any dirt or battle markings. All things considered, it's great to see that Hasbro took the chance and fixed the shortcomings of the first released Jumptrooper, by adding a jet-pack and changing the blaster rifle. The figure is a nice improvement, and different enough compared to the first Imperial Jumptrooper, which should please fans of The Force Unleashed!

Imperial Jumptroopers use rocket packs to burst through the air in short spurts. These air-to-ground attack troopers are heavily armed, using powerful plasma disruptors and rail detonators that can eliminate enemy targets from any angle. 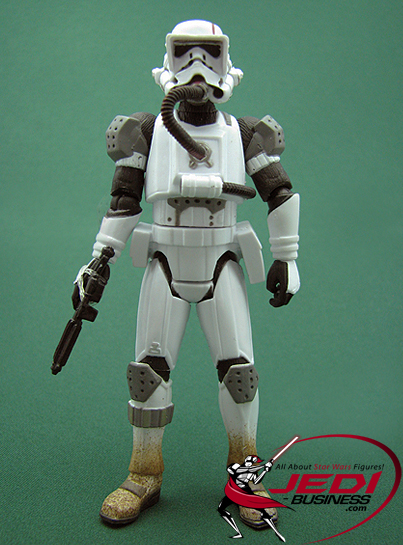 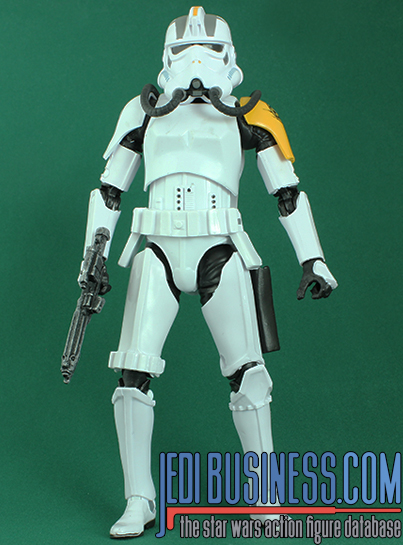