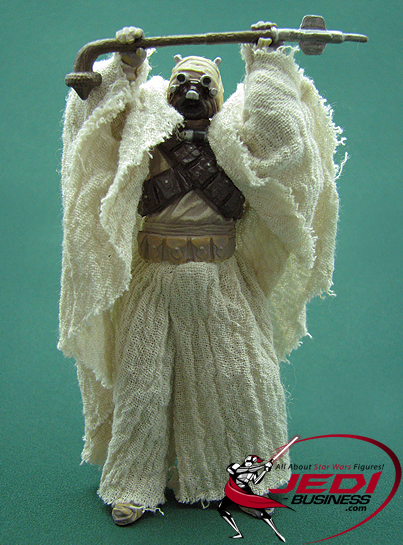 This Tusken Raider was released individually carded in The Vintage Saga Collection in 2006 on a vintage-style card. Tusken Raiders were first seen in the original Star Wars movie attacking Luke Skywalker, while he's looking for R2-D2 in the sand dunes of Tatooine.

The Tusken Raider has 14 joints, with ball-joints in the neck, shoulders, knees and ankles. Hasbro gave the figure swivel joints in the elbows, wrists and legs. The figure stands remarkably well on its own, even with the Gaffi stick raised over the head. And while the Gaffi stick fits nicely into either of the Tusken Raider's hands, the sniper rifle doesn't and it'll take a while to get the figure to hold it somewhat right. The removable soft-goods robe is pretty big and makes the figure look pretty bulky. The pouches on the belt and the bandolier around the chest are molded into the figure and can't be removed.

The paint job on the Tusken Raider is very well done with some nice weathering on the figure's body, and some "Tatooine dirt" on the boots. Overall, it's a very nice and detailed looking figure with an unfortunately bulky looking robe, and swivel instead of ball-jointed elbows. As of this review though, this version of the Tusken Raider is the best available yet, and will make a great addition to any Star Wars collection! 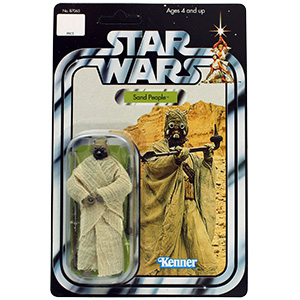 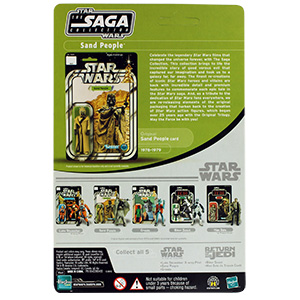 Look at all Tusken Raider images! 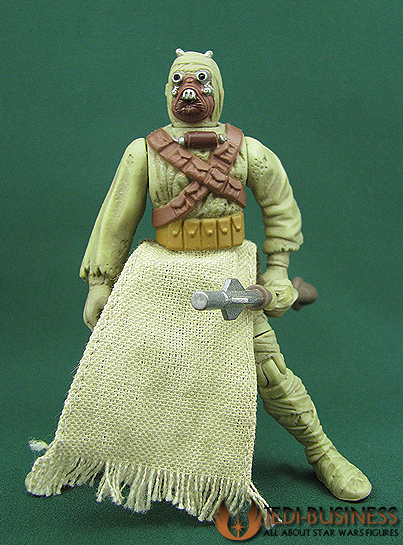 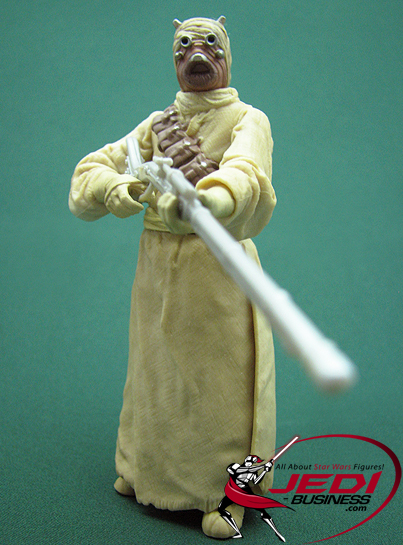 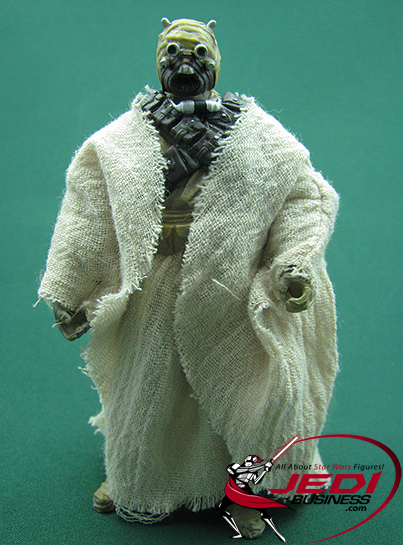 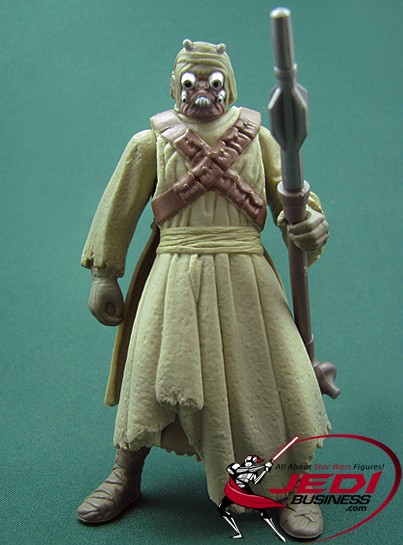 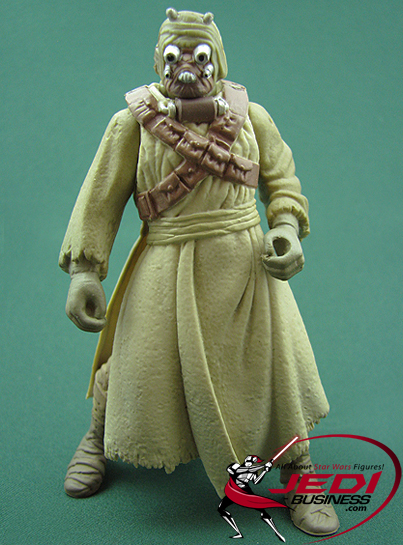