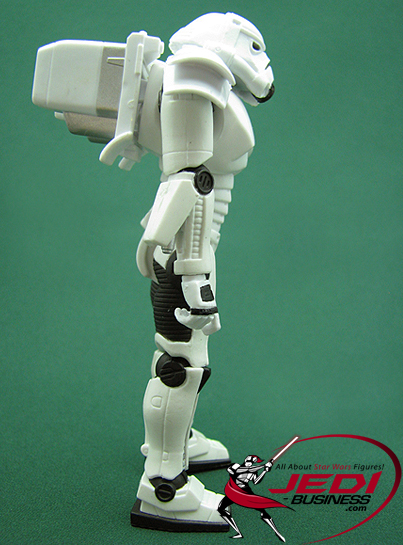 This Spacetrooper was released individually carded in the last wave of The Legacy Collection in May 2010. At first the figure was a Toys'R'Us exclusive, but it was later sold through various online stores. This version of the Spacetrooper was featured in the novel and comic book of Timothy Zahn's Heir To The Empire story.

The figure is super articulated with 14 joints, including ball-joints in the neck, shoulders, elbows, upper torso, knees and ankles. The wrists and legs are swivel jointed. Even though the bulky jet-pack adds some weight to the figure's back, it stands safely without any balancing problems. There were no weapons included with the Spacetrooper, because Spacetroopers have their weaponry build into the armor. Both forearms have their static panels open, showing the guns. The jet-pack and both shoulder panels can easily be attached and stay firmly in place.

Spacetroopers are high-ranking Imperial commandos who wear powersuit armor designed for space combat. These Zero-G Assault Troopers are considered "walking tanks" because of the extensive weaponry built into their suits. 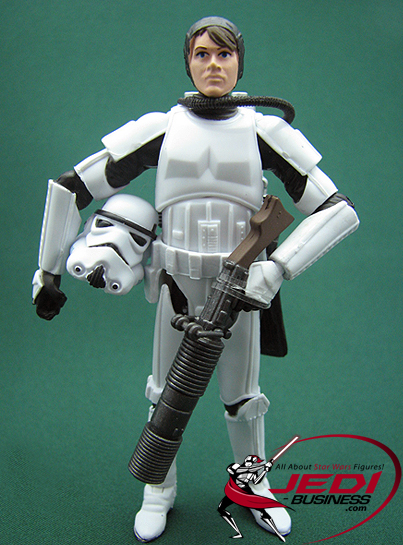 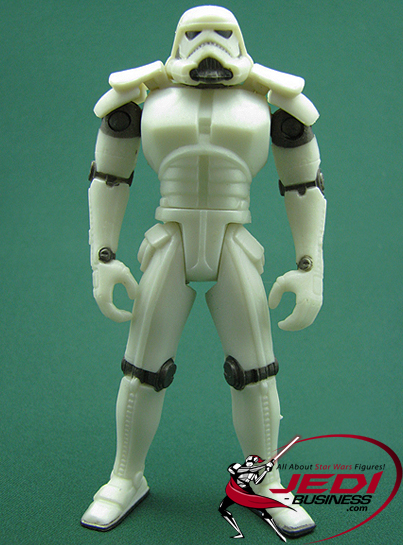 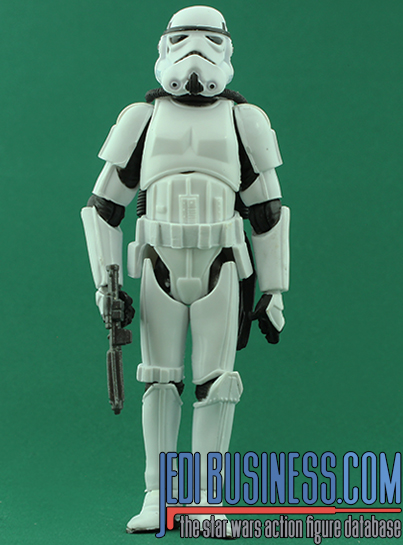