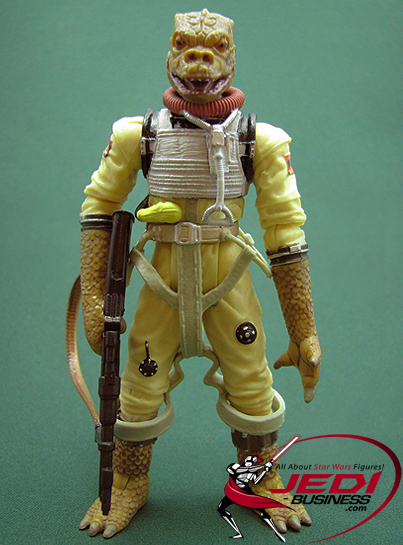 This version of Bounty Hunter Bossk was released individually carded on a "vintage style card" during The SAGA Collection in August of 2007. Even though the figure came out in 2007 while the 30th Anniversary Collection was available, the packaging of the figure clearly stated that this figure was part of The Saga Collection. Bossk can briefly be seen in The Empire Strikes Back, while Darth Vader is briefing the Bounty Hunters about the Millennium Falcon.

Bossk is super articulated, with ball-joints in the neck, shoulders, elbows, waist, knees and ankles. There are swivel joints in both forearms and legs. The Bounty Hunter stands very securely on its own without the need of a stand. Bossk's blaster rifle fits very well into his right hand. The left hand is molded with an open palm, and the figure can't hold anything in it. This is really unfortunate, because Bossk holds his rifle with the left hand in his brief ESB appearance. The neck collar is its own piece, and can be removed.

Bossk's paint application is very well done, with a movie-matching yellow on the flight suit, a subtle weathered white vest, and dirty, reptile-like skin. The face is painted nicely as well, especially the mouth area looks fantastic! The entire figure looks great, and if you don't own a Bossk figure yet, or want to upgrade from an older version, you can't go wrong with this one! 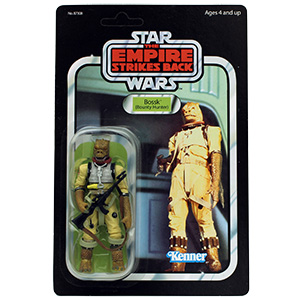 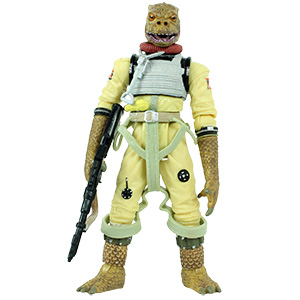 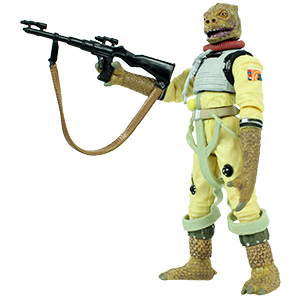 Look at all Bossk images! 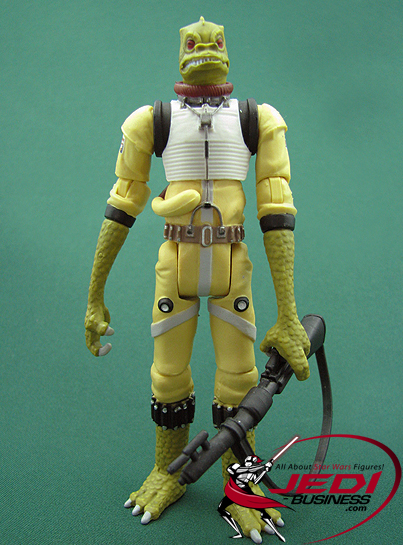 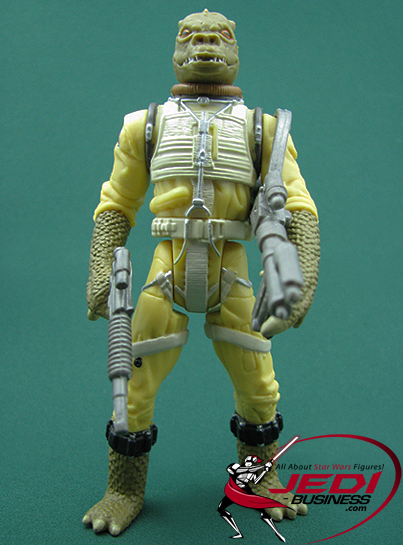 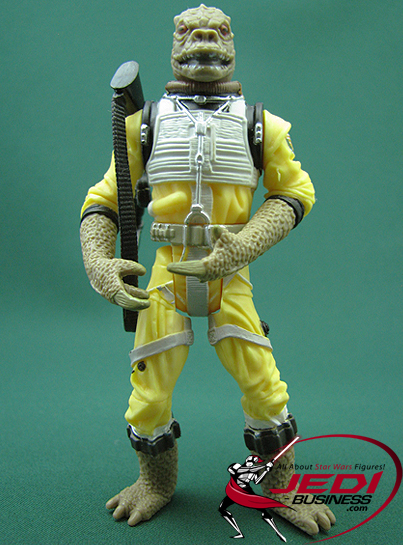 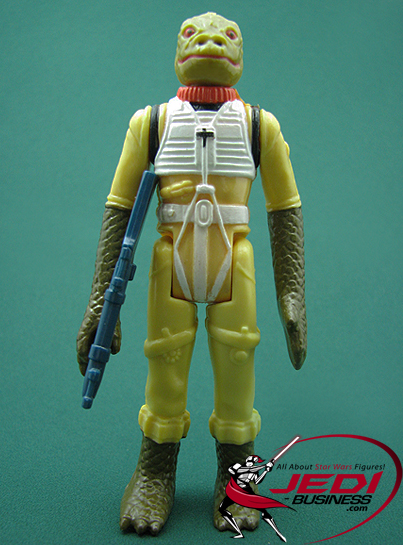 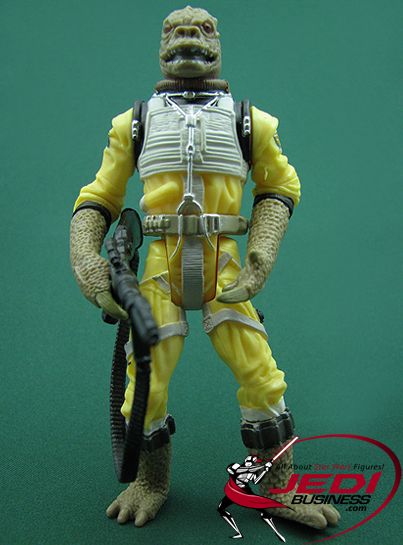