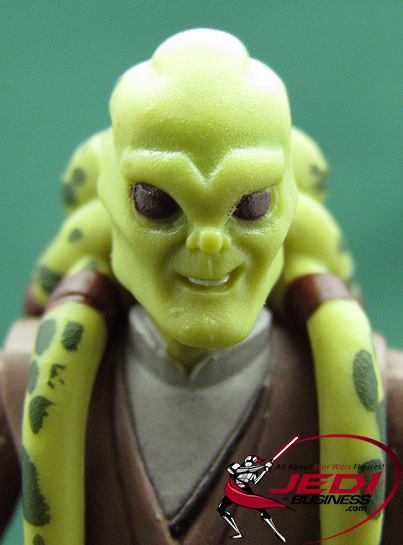 This animated-style Kit Fisto was released single carded during The Clone Wars collection in August 2010. Kit Fisto can be seen in various Clone Wars episodes, but he was featured as the main character in The Lair Of Grievous from the first season of the Clone Wars TV show, together with his apprentice Nahdar Vebb.

The Jedi has 14 points of articulation, including ball-joints in the neck, shoulders, elbows, knees and ankles. The wrists, the waist and both legs have swivel joints. There was no jedi robe included, but Hasbro gave Kit Fisto two lightsabers, his own, and the one of his apprentice Nahdar Vebb. Both lightsabers fit nicely into the jedi's right hand, but they fit very loosely into the left.

The paint application on Kit Fisto is simple, but nicely applied. The patterns on the tentacles look cool, and the green color for the head is lighter in tone compared with the previous release, which is a good thing. The Jedi Master's cartoon likeness was captured very well by Hasbro, and even if you own the previous released Kit Fisto, it's worth upgrading to this version. It's definitely a nice addition to the collection!

Kit Fisto endures a grueling battle in the lair of General Grievous. The Jedi and his former Padawan Nahdar Vebb enter the cyborg general's lair while on the trail of an escaped prisoner. Fisto battles Grievous in a fierce duel and emerges alive from the lair, taking Vebb's lightsaber from the general before he escapes. 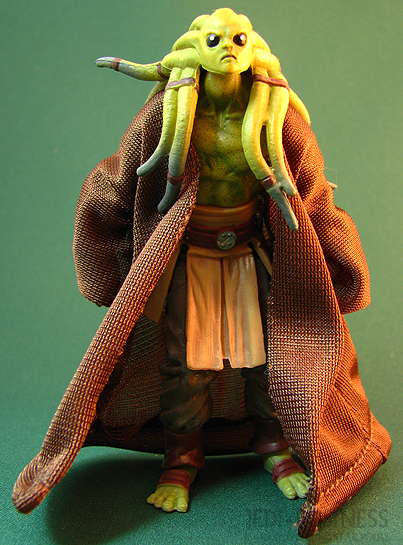 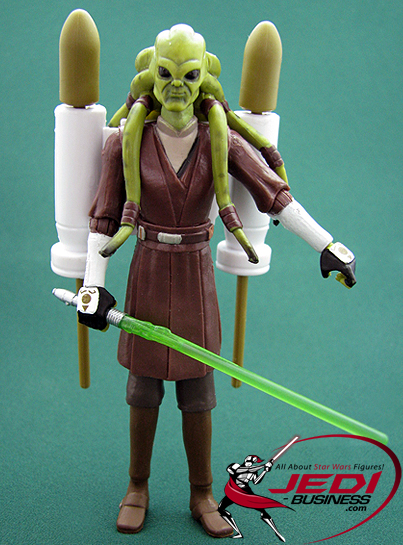 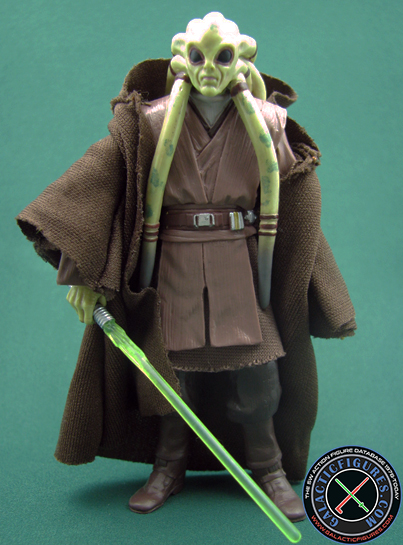 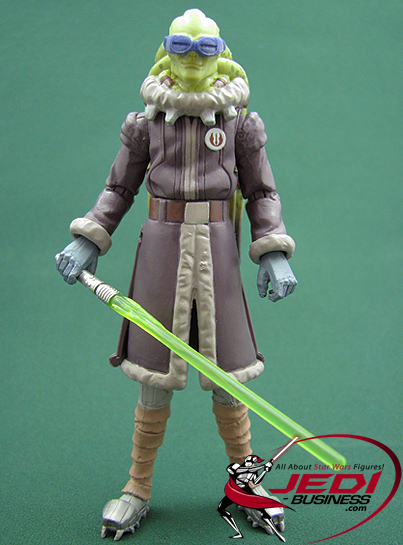 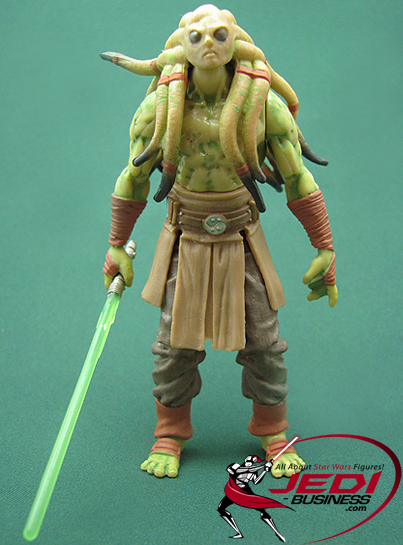