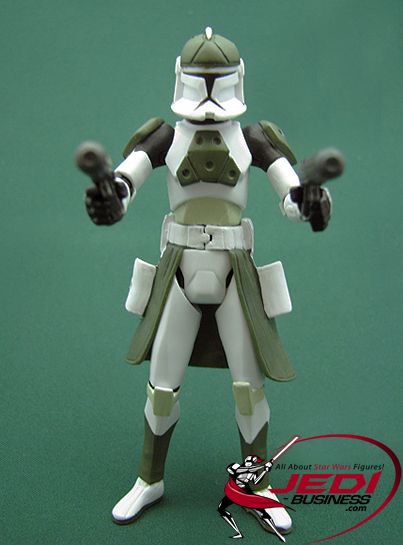 This Clone Commander was released in the Anti-Hailfire Droid Squad battlepack during The Clone Wars collection in August 2010. The set included 4 Star Wars figures, this generic and nameless Clone Commander, plus two generic Clones and an Aerial Recon Trooper. As of this review, Clone Troopers from Bantha Squad haven't had an appearance in the Clone Wars TV show yet.

The Clone is super articulated with 14 joints, including ball-joints in the neck, shoulders, elbows, wrists, the waist, knees and ankles. The only swivel joints are in both legs. With so many adjustable parts below the waist, it's easy to balance the figure out nicely. The newly sculpted blasters fit very well into both of the holsters, and the figure can get a very good grip on it with the right hand. The left hand holds the blaster OK, but not particularly well. The chest armor, the helmet and the soft-plastic skirt are not removable.

The paint application on the Bantha Squad Clone Commander features light to dark greens, with the armor being in pristine white without battle damage or dirt on it. The figure's sculpt is fantastic, and even though this trooper has yet to be seen in a Clone Wars episode, it'll make a cool addition to your animated-style clone forces.

Hailfire droids present a significant challenge to the clone trooper army. They quickly establish a special squad to fight these rolling devastators. Bantha Squad includes specialists in heavy weapons, aerial recon and demolitions. With these combined skills, the squad can pinpoint these droids and attack them with the weapons and firepower necessary to immobilize and demolish them early in any assault operation.

Clone Commander: The commander of Bantha Squad is an expert in heavy weapons and demolitions, making him uniquely qualified to formulate successful strategies against the droids. 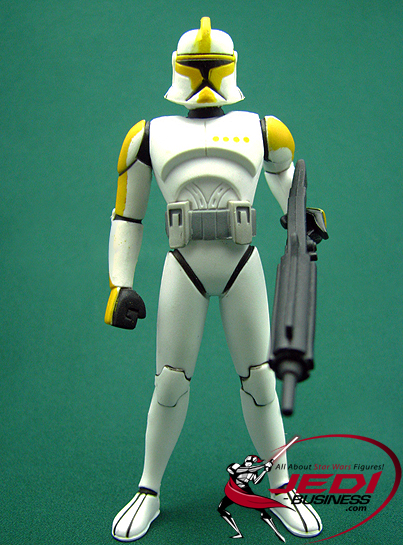 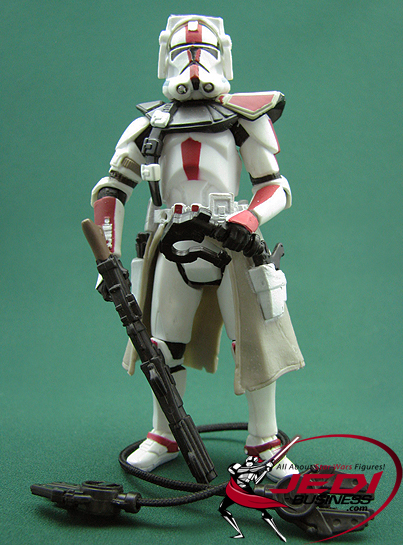 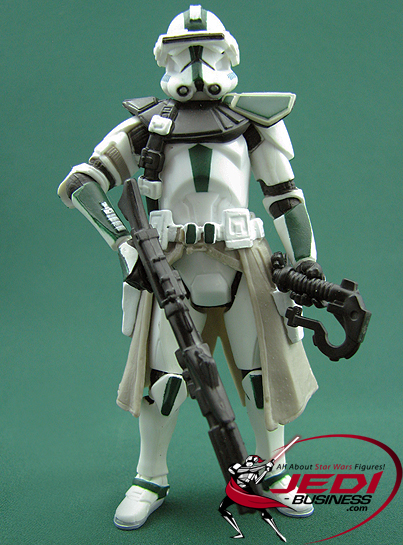 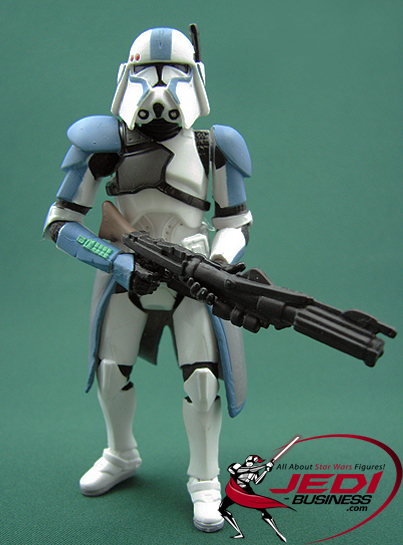 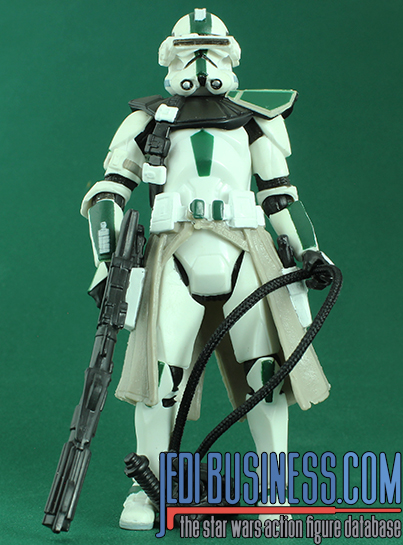