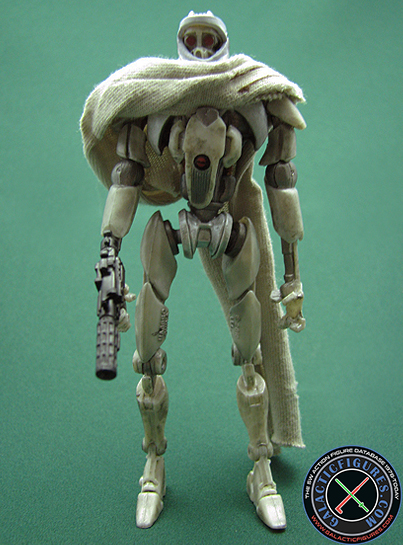 This MagnaGuard Droid was released individually carded during The Vintage Collection in early September 2010. The figure is based on the MagnaGuard Droids appearances in Revenge Of The Sith.

The figure is super articulated with 14 joints including ball-joints in the neck, shoulders, elbows, the waist and hip. The forearms, knees and ankles are swivel jointed. The figure stands very secure on its own without needing the help from a display stand. The front chest cover and the cover on the back of the figure can be removed, which then reveals the "mechanical parts" underneath. The soft-plastic headdress covering the droid's head can also be removed. The blaster and the electropole fit somewhat ok into both of the droid's hands, but it might take a while to get them to just fit right. The MagnaGuard Droid's cape looks fantastic and is also removable.

The paint application on the MagnaGuard Droid is very well done with subtle dirt and weathering on the front and back of the figure, which adds a nice used look to it. The super articulated sculpt is truly well done and leaves enough freedom to pose the figure in almost any action oriented pose. Overall, this MagnaGuard Droid makes a brilliant army builder. The sculpt is dead-on compared with the movie character, and if you choose to buy more than 1, you can make them look slightly different from one another thanks to all the removable parts. All in all, this MagnaGuard Droid is a fantastic figure and should be on your shelf next to General Grievous! 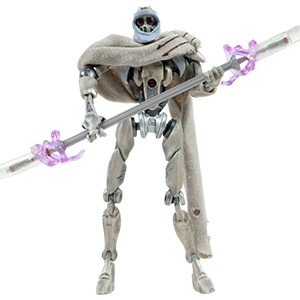 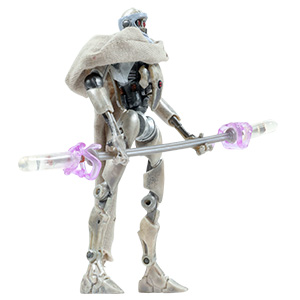 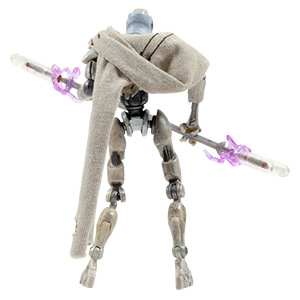 Look at all Magnaguard Droid images! 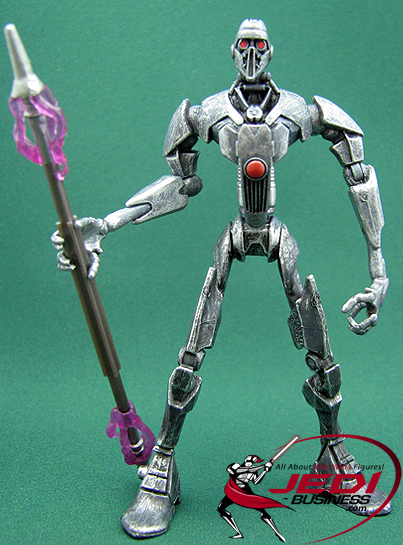 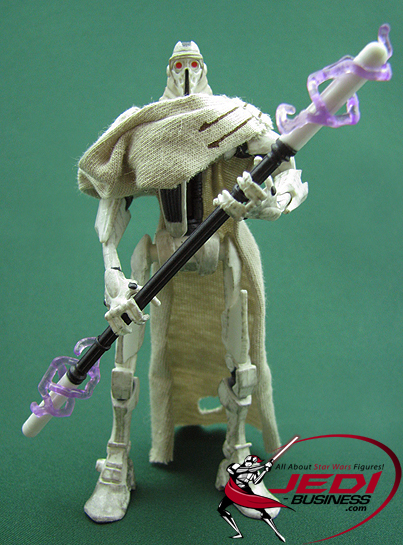 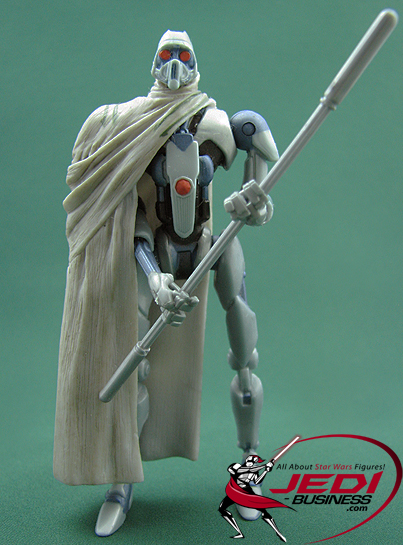 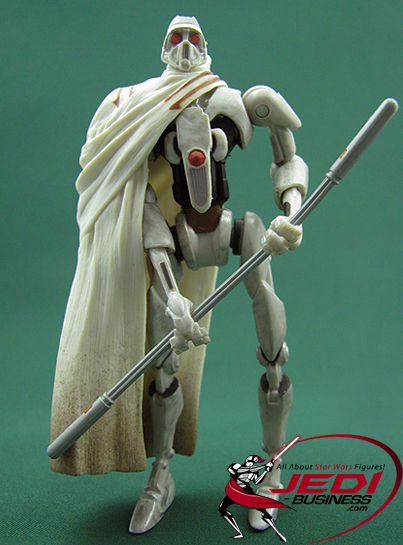 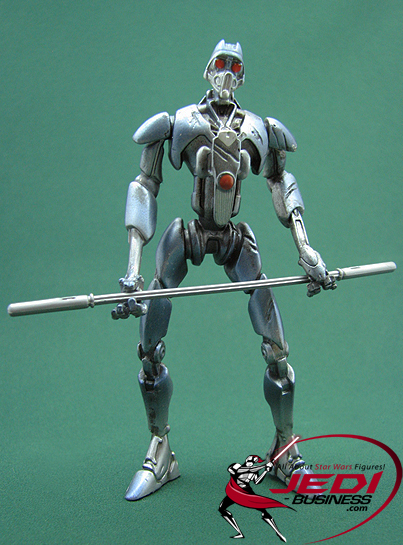 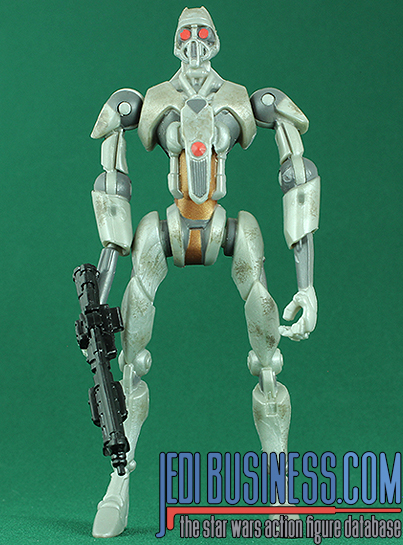