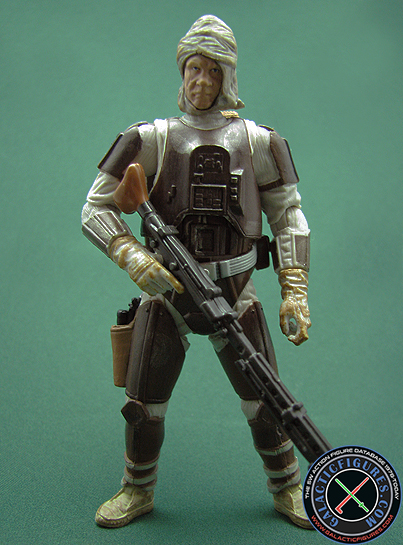 Bounty Hunter Dengar was released individually carded during The Vintage Collection in August 2010. The figure is based on Dengar's appearance as seen on board Darth Vader's Executor Stardestroyer in The Empire Strikes Back.

Dengar is super articulated with 14 joints, including ball-joints in the neck, shoulders, elbows, the waist, knees and ankles. The wrists and both legs have swivel joints. There are no balancing issues, even with the backpack attached and the blaster rifle in hand. The blaster rifle and the blaster are both a very good fit for either of the Bounty Hunter's hands. The backpack can be plugged into a hole in the back of the figure, where it fits in nicely. The cod piece on the front of Dengar is a snap-on piece, which can also be easily removed.

The paint application on Dengar is great, with lots of subtle dirt on the outfit. The sculpt is brilliant and very detailed. There are some nice panels on the chest, a great looking head sculpt and a very detailed backpack. This super articulated TVC version of Bounty Hunter Dengar is the best version available as of 2010, and if you don't own a Dengar figure yet, or feel like you need a definite version, this is it! 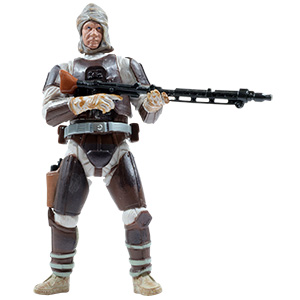 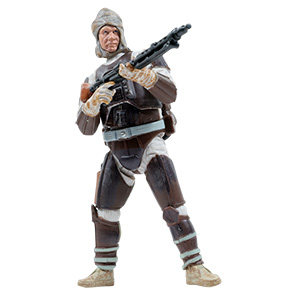 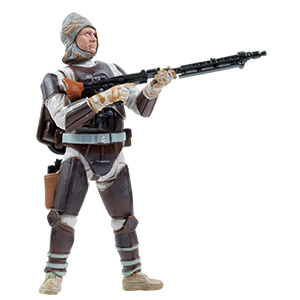 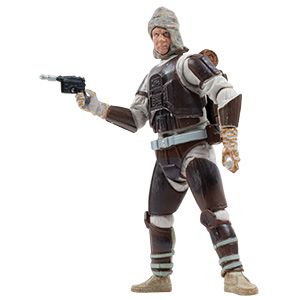 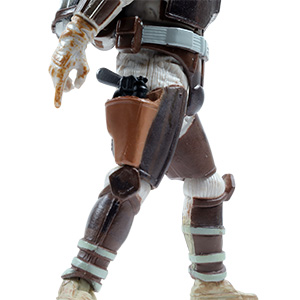 Look at all Dengar images! 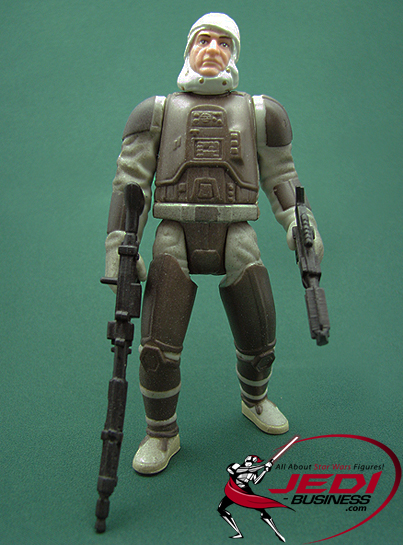 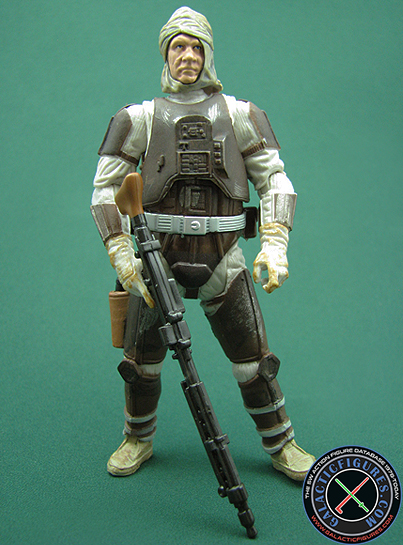 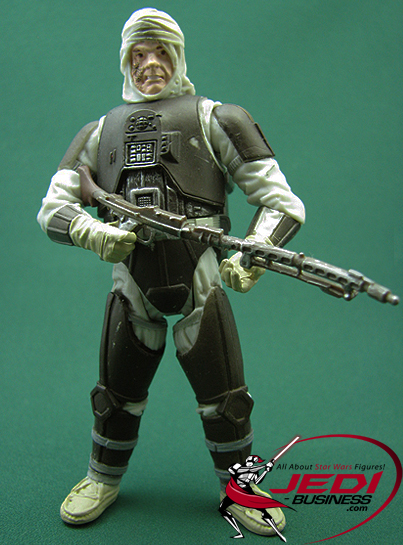 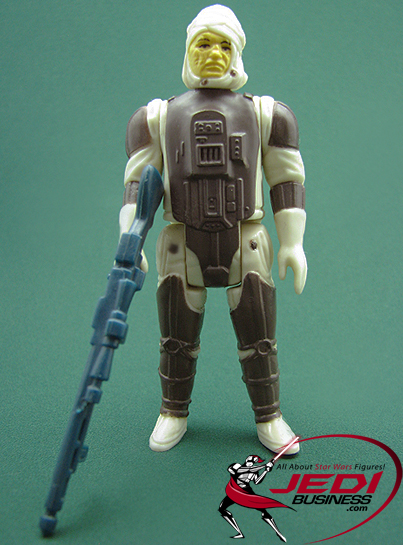 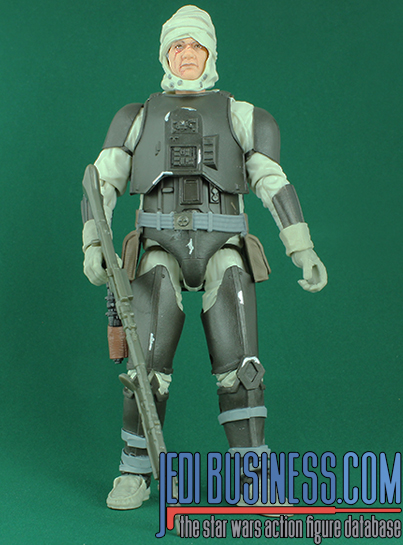 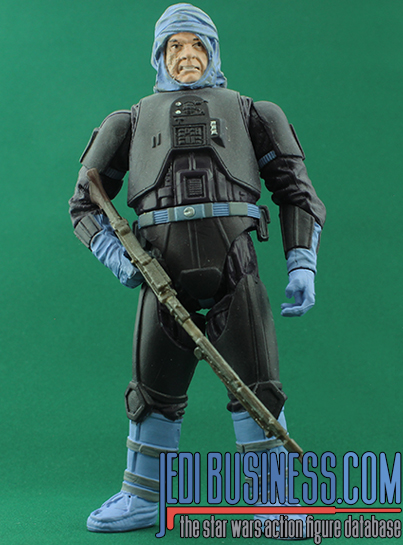