Owen Lars (Visionaries: Old Wounds) Shadow Of The Dark Side 2010 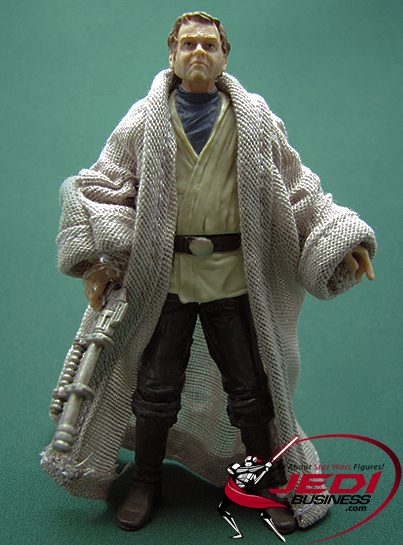 This Owen Lars figure was released in a The Shadow Of The Dark Side comic 2-pack together with Darth Maul. The set was a San Diego Comic Con exclusive in 2010 and is based on the Dark Horse comic book series: Star Wars: Visionaries "Old Wounds".

Owen Lars has 12 points of articulation, including ball-joints in the neck, shoulders, elbows and knees. The wrists, the waist and both legs have swivel joints. The ankles are not adjustable. Uncle Owen came with a removable soft-goods robe and a blaster pistol. The robe covers Owen quite well, but the sleeves are too long and make the robe feel a bit on the bulky side. The blaster pistol is a good fit for both of the figure's hands.

The paint application on Owen Lars is cleanly applied, with the only highlight being the facial area. The figure's mold looks nice and represents the character from the comic book very well. Overall, this Owen Lars from the expanded universe is a good looking figure, which will look quite nice in a Tatooine inspired display.

Owen Lars fights Darth Maul to protect the life of his young nephew, Luke Skywalker. The Sith apprentice has returned from the dead to hunt down the Jedi who destroyed his life. Owen's quiet moisture farm on Tatooine becomes the scene of a deadly battle between the forces of good and evil. 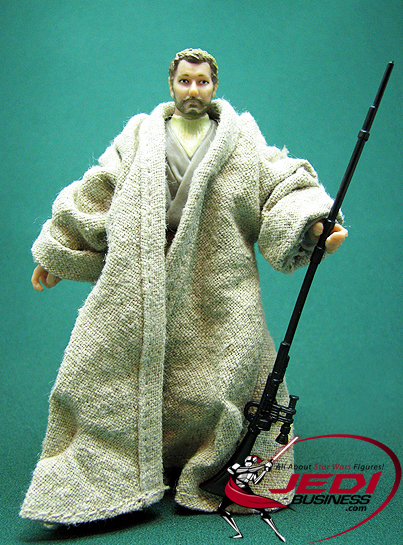 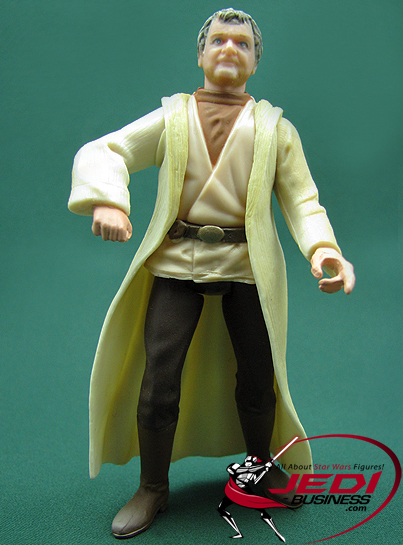