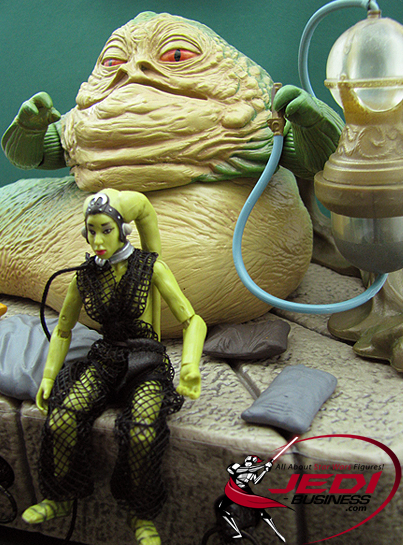 This Jabba The Hutt figure was released during the Shadow Of The Dark Side collection in September 2010 as a Walmart exclusive. The Hutt was packed-in with Salacious Crumb, Oola, a throne and additional accessories. Jabba is based on his appearance in The Return Of The Jedi.

The figure has a total of 6 movable parts, with both shoulders and elbows being ball-jointed. The head has a swivel joint and can be moved left or right. The tail can be adjusted, and the wire inside of it guarantees that it'll stay in place. The mouth is static and can't be pushed in, like on some other Jabba figures. Hasbro included a ton of accessories with the figure! For one, there are nine plastic pillows in the package, which can be placed randomly on top of the throne. Eight of the nine pillows are "regular pillows", with one of them being shaped differently. It is flat and can be placed on the edge of the throne where it laps over. This is the place to sit Salacious Crumb on.

Besides the nine pillows, Hasbro included a railing, which goes left of Jabba. It doesn't need to be locked in place and can be moved around a little on the throne. Or, it can be removed completely, this way you can recreate the scene where Han Solo, and Leia face Jabba after Leia frees Han from the carbonite (in this scene there was no railing on the throne). In addition to the railing, Hasbro included the bowl with Hookah pipe. The throne environment is very well done and has enough room for Jabba to sit on, plus some.

The paint job on Jabba The Hutt is nicely executed, with various browns and greens on the soft-plastic body. The sculpt is nicely detailed, and features Jabba's tail injury and tattoo on the right hand. All in all, this Jabba The Hutt figure can easily be recommended. Not only is Jabba himself very well done, but the newly sculpted throne, and the newly sculpted Oola figure are fantastic as well.

Jabba The Hutt and Salacious Crumb sit on a throne as Oola dances for the crime lord. The loathsome Hutt is momentarily entertained by the Twi'lek dancer's graceful performance. His monkey-lizard cackles with glee, knowing that Jabba will soon turn to some other amusement, such as throwing another victim to the hungry rancor. 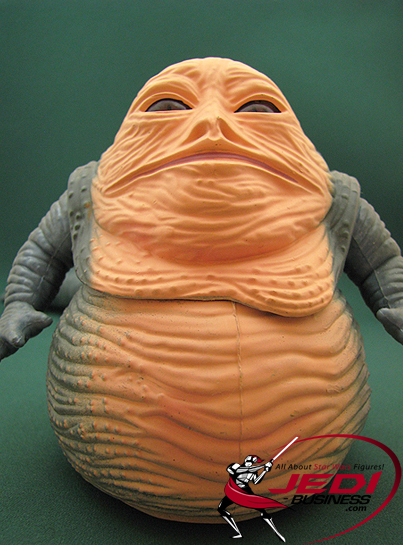 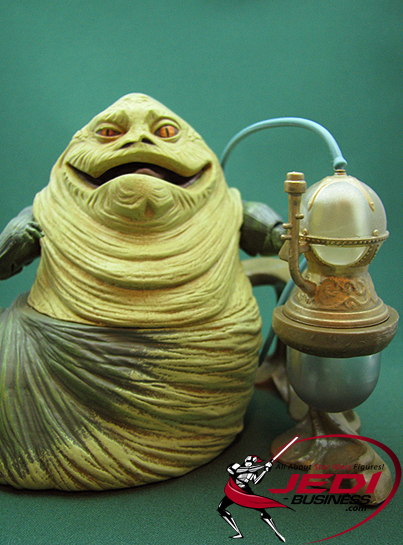 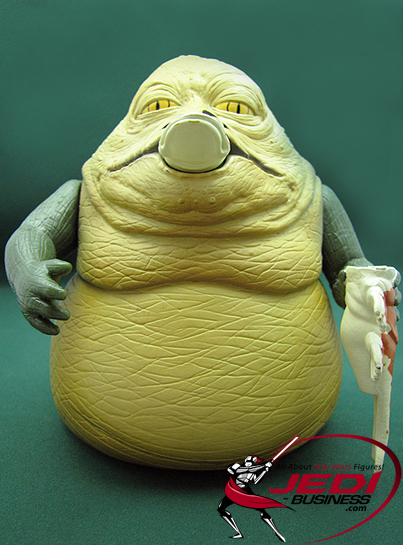 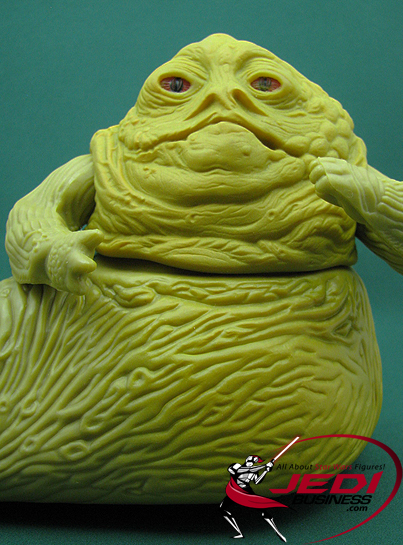