Admiral Ackbar (Return Of The Jedi) The Vintage Collection #22, 2010 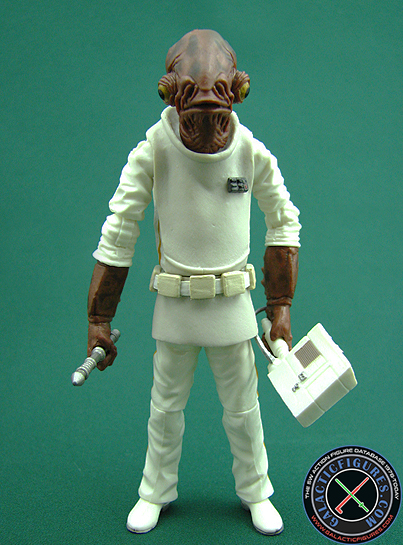 Admiral Ackbar was released individually carded in November 2010 as part of The Vintage Collection. Ackbar can be seen leading the rebel fleet during the Battle Of Endor in The Return Of The Jedi.

Ackbar has twelve points of articulation, with the neck, shoulders, elbows and knees being ball-jointed. Swivel joints are located in the forearms, the waist and both legs. Despite the lack of ankle joints, the figure balances out very well. Hasbro included two accessories with Ackbar, a baton and a datapad. Both accessories fit remarkably well into each of the figure's hands. There are no removable parts on Admiral Ackbar's outfit.

The paint application on Admiral Ackbar is done very well, especially the skin tone with the dark patterns on it looks nice. The light gray on the jacket is just subtle enough to stand out from the off-white of the sleeves and pants. This subtle, but important detail, is very well done! The figure's sculpt is amazing and captures the likeness of Admiral Ackbar from ROTJ dead on. All in all, this Admiral Ackbar figure can be considered the definite version of the character, and you can finally let your 1997 POTF2 Ackbar retire and put him in storage. This is a must-have figure! 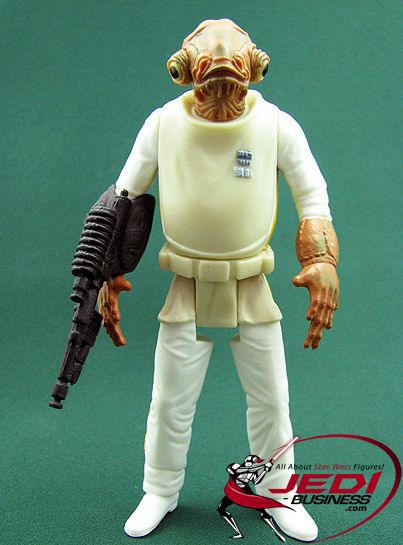 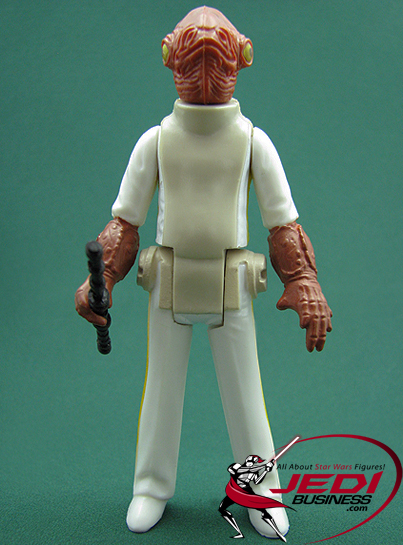 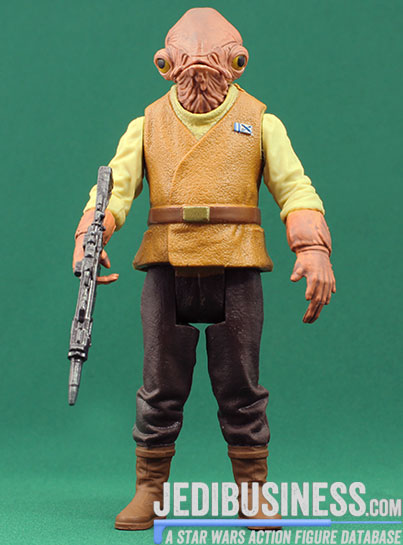 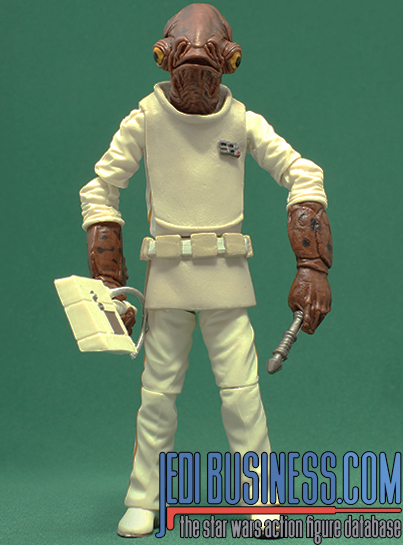 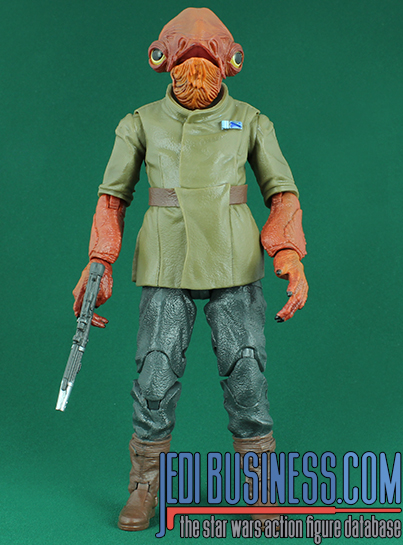 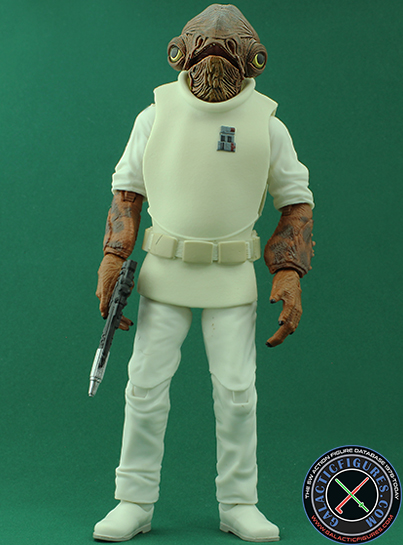