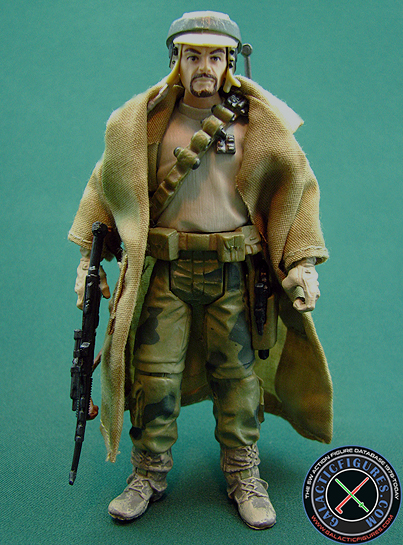 This Rebel Commando was released individually carded in November 2010 as part of The Vintage Collection. The figure is based on the appearance of the Rebels Troopers in The Return Of The Jedi while on the planet Endor.

The figure is super articulated with 14 joints with the neck being ball-jointed, along with both shoulders, elbows, knees and ankles. The wrists, the waist and both hips have swivel joints. The rebel stands pretty well on his own, but it took some time to balance him out at first. The joints on the figure were stiff which helped with keeping the figure steady even in dynamic poses. Hasbro included a blaster rifle, a basic blaster, a removable helmet, a coat and a backpack with the Endor Rebel Trooper. The ammo belt across the chest is its own separately sculpted piece but it's not removable. The rebel coat is a very good, non-bulky fit and looks amazing! The helmet is a good fit as well, and the backpack stays firmly attached on the back. There is a small hole in the coat and in the ammo belt, where the peg of the backpack can be pushed through in the back until it plugs into the figure. This way the rebel can be displayed with the backpack on, on top of the coat, or over the ammo belt. Or, he can simply wear it while only wearing his shirt. Both weapons are a good fit for the hands and the smaller hand blaster fits very well into the holster.

The paint application on the Rebel Commando is done very well. There is some cool weathering and dirt on the boots, the colors on the coat look great, and the facial area is painted very cleanly. The camouflage patterns on the pants look nice as well. The super articulated sculpt is well done and should please long-time fans as well as collectors new to the hobby. Overall, this Rebel Commando is fantastic, and another well done Return Of The Jedi figure. It's also a good "army builder" figure! 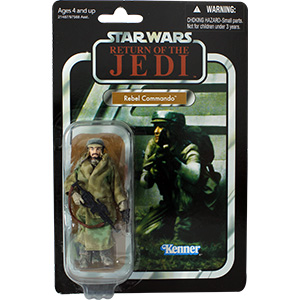 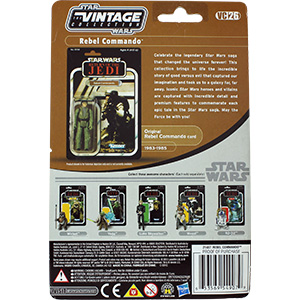 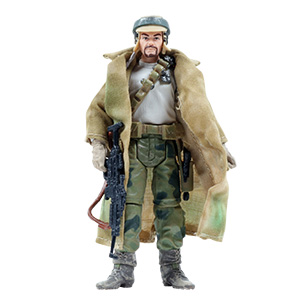 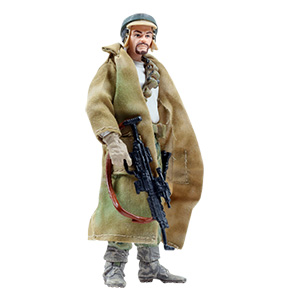 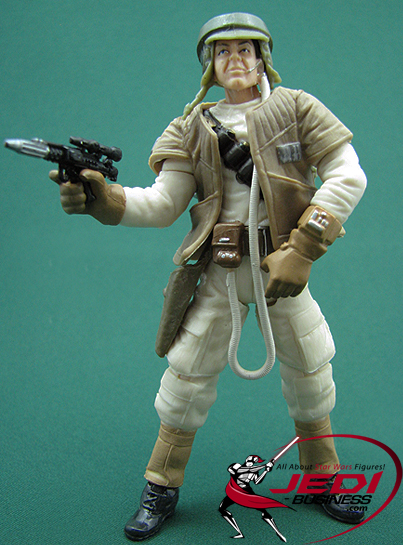 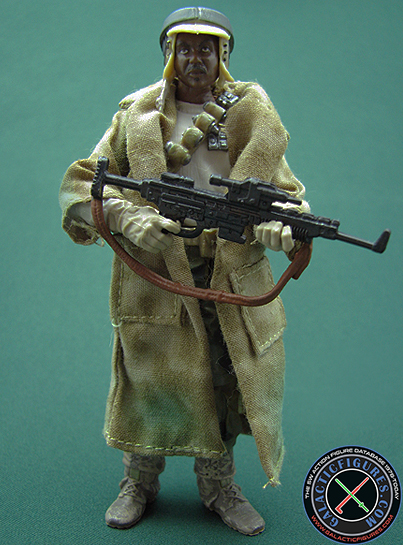 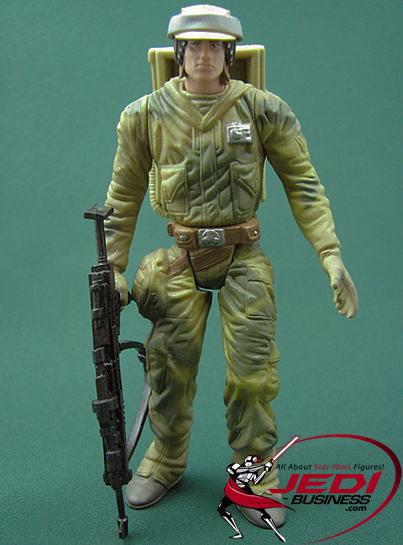 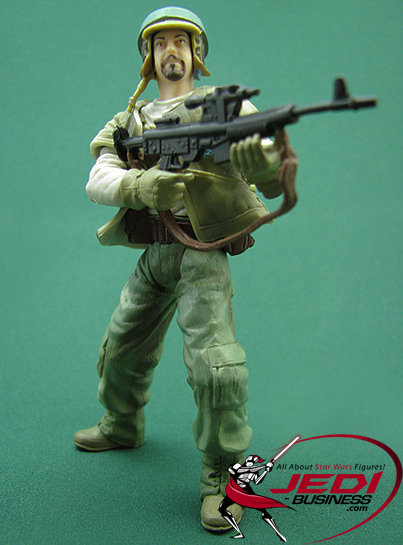 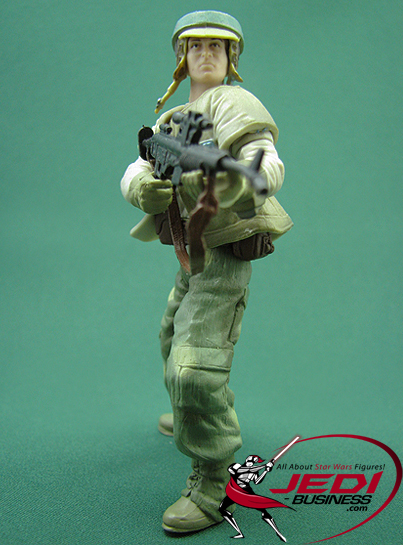 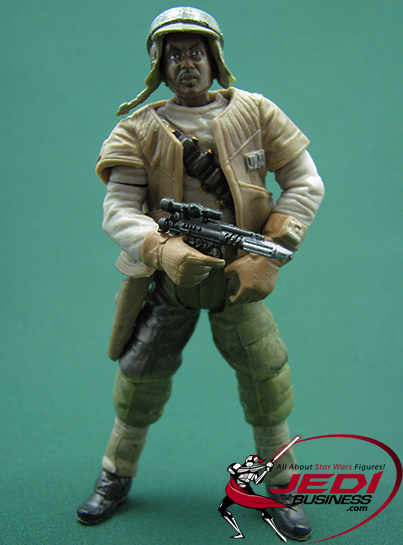