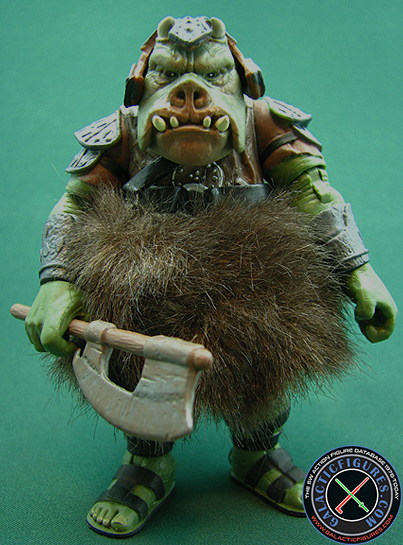 This Gamorrean Guard was released individually carded in November 2010 as part of The Vintage Collection. Gamorrean Guard's can be seen in The Return Of The Jedi inside of Jabba's Palace.

The figure has a total of 14 joints, including ball-joints in the neck, shoulders, elbows, knees and ankles. The wrists, the waist and both hips are swivel-jointed. The figure has no balancing problems even with both arms raised and weapons in both hands. All three weapons (2 different axes, vibrostaff) fit very well into either of the Gamorrean Guard's hands. The helmet sits a little loose, but it has the perfect size to cover the entire back and looks overall nice. The soft-goods skirt can be lifted, but it's glued in place and can't be removed. The hard to see harness/belt could probably be taken off because it's its own sculpted piece, but it's difficult to strip it off without breaking it.

The paint application on the Gamorrean Guard is perfectly executed, especially the paint application in the facial area is fantastic. The entire sculpt is one of the best Hasbro has ever released of an action figure. The scale is right, the likeness is spot-on, and the joints are well hidden. Add to that, that it's a super articulated sculpt! This figure turned out so well that it's well worth picking up several of them to fill your Jabba's Palace diorama. Another bonus is that Hasbro included three different weapons, so if you choose to pick up more than just one Gamorrean Guard, you can make them look a little different by having them carry different weapons. To sum it all up, this Gamorrean Guard is a perfect 10 out of 10 and one of the best Star Wars figures Hasbro has released as of 2010. 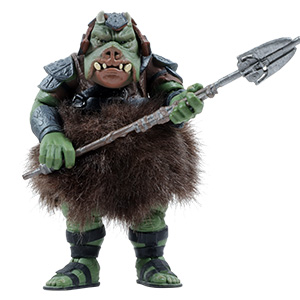 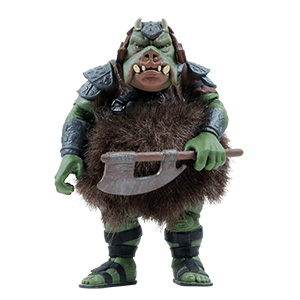 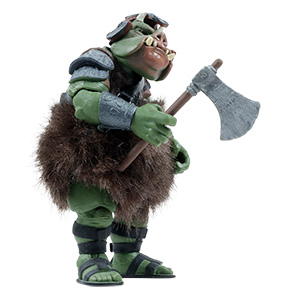 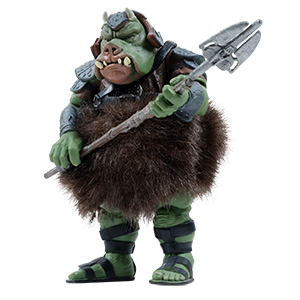 Look at all Gamorrean Guard images! 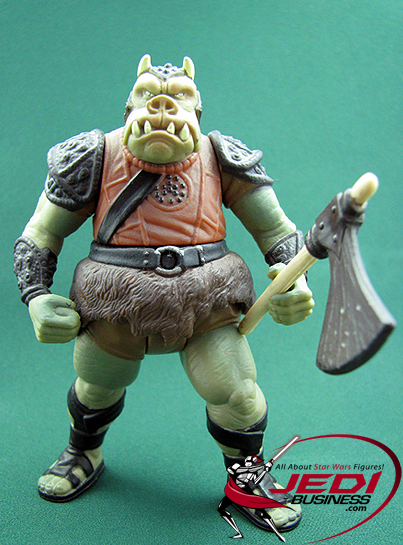 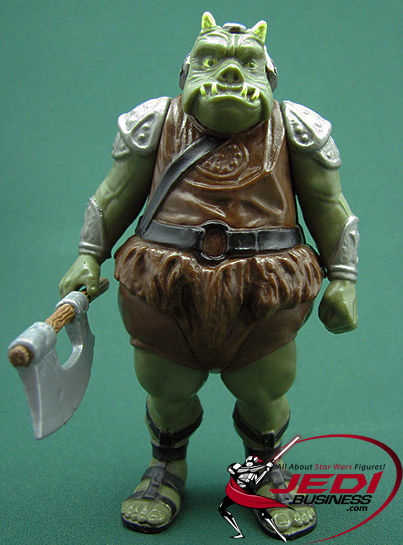 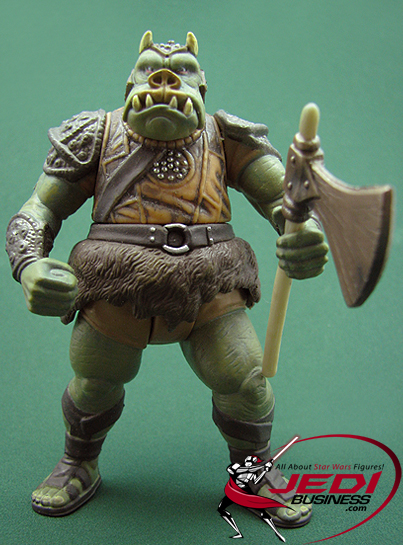 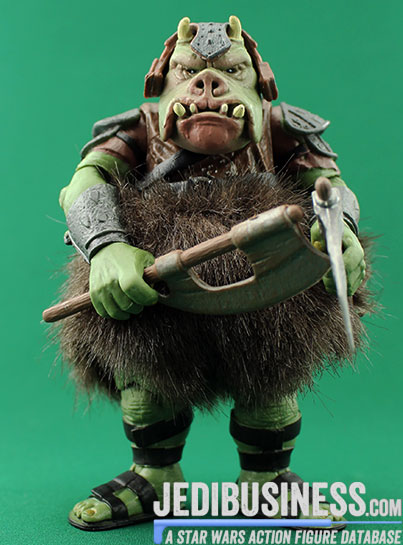 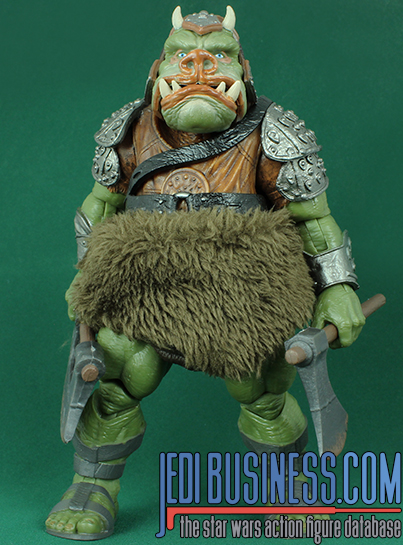 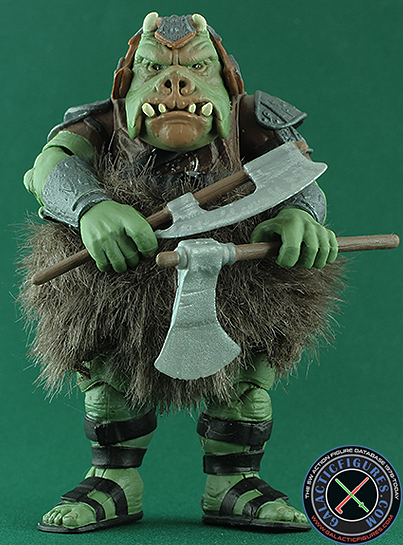