Here it is! The modern, rocket-firing Boba Fett action figure from The Vintage Collection. Rocket Boba was a Hasbro mail away exclusive in the Fall of 2010 and is a remake and re-designed version of the holy grail of Star Wars collecting, the Rocket Firing Boba Fett from the original Kenner Vintage line. The figure is based on pre-production versions, as the actual Boba Fett figure was never released with a firing mechanism due to safety reasons. Kenner produced two different pre-production versions of Boba Fett. The first version had an L-slot in the jet-pack where the rocket slider couldn't latch into place properly. The second and re-worked jet-pack had a deeper J-slot, where the "trigger" could latch-in and be more secure. However, it still wasn't secure enough and the action feature was removed from the figure. This modern version of the Rocket Firing Boba Fett is based on the first L-slot version.

Boba Fett has 5 movable parts, a swivel neck, 2 swivel shoulders and 2 swivel hips. The figure stands very shaky, but it does have holes in the bottom of both feet so it can be placed on a stand. The holes are comparable to modern Star Wars figures, and are much smaller than the ones found in real vintage figures. Hasbro included three accessories with Boba, a vintage-style blaster, a projectile and a rocket tip. The blaster fits very loosely into Boba's right hand, but it does fit. The projectile and the rocket tip can easily be placed into the jet-pack where they both stay firmly attached.

The paint application on the Rocket Firing Boba Fett mimics the Kenner retail version of Boba Fett very well with an almost identical color scheme. It's also painted very cleanly without any smudges or factory errors. All in all, this Rocket Firing Boba Fett is a fantastic homage to one of rarest, if not THE rarest Star Wars figure of all times. And thanks to Hasbro, every Star Wars fan can now own one of these re-productions and add them to the collection. And, owners of real Rocket Firing Boba's don't need to worry, there appear to be many differences between the modern and the real version, which makes it easy enough to differentiate both. Some of the differences are the 2009 copyright date, the entirely re-sculpted jet-pack shooting mechanism, a re-sculpted missile tip and a black serial number on the back of modern Boba's left leg. All in all, Hasbro did a great job by releasing this figure, and they couldn't have picked a better year for it than 2010, the 30th Anniversary of The Empire Strikes Back!

He's here at last! After 30 years, the Boba Fett figure with the rocket-firing backpack has reached this galaxy! The story of this mail away figure is well known among Star Wars fans, and we're here to deliver the goods. This figure is a re-creation of the original Boba Fett figure, with the addition of that all-important rocket-firing feature. Good things really do come to those who wait, and the wait is officially over! Enjoy! 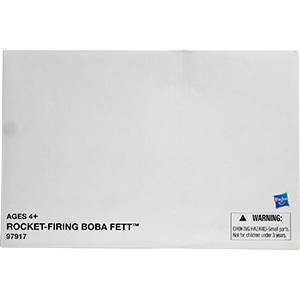 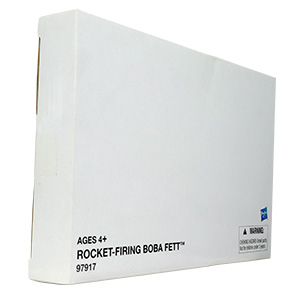 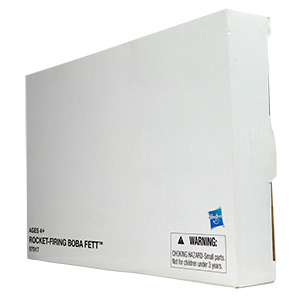 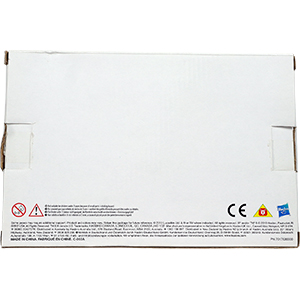 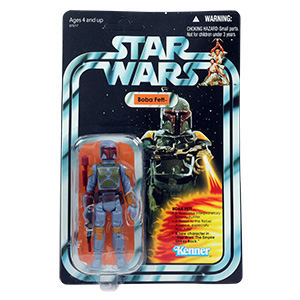 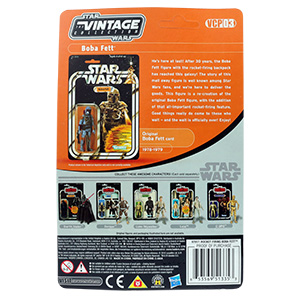 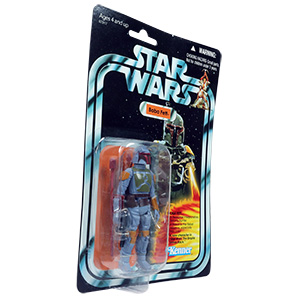 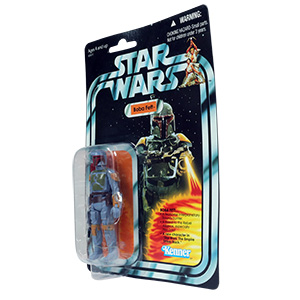 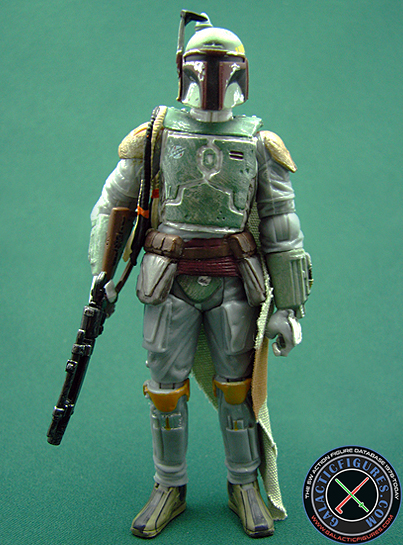