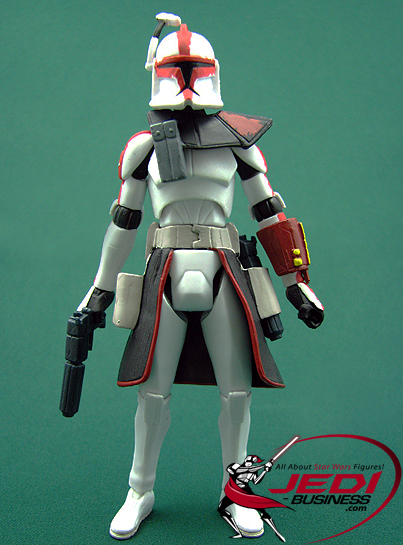 The figure is based on the fantastic, 14 joint clone trooper sculpt, which has ball-joints everywhere, except for the hip. The figure balances out very nicely, and won't need a stand for even more dynamic poses. Unfortunately, the blasters don't fit well into either of the figure's hand, but they do fit quite well into each holster. The included blaster rifle however can be held by the ARC Trooper quite well. The shoulder pauldron can be removed, and fits overall nicely. The range-finder on the helmet is movable, and even though you can pop the helmet off the figure, there is no head underneath. The arm gauntlet can be easily taken off or attached on either side of the forearm. It's a loose fit, but it fits.

The paint application on the ARC Trooper Commander is a mixed bag. The red markings are nicely scuffed-up and show lots of wear, which looks great. However, for an armor that looks used, you'd expect some dirt or other black markings on it, but it's kept in an all white, pristine condition. The figure's sculpt is very well done and should please fans of the current Clone Wars Collection, and fans of the former Tartakovsky Clone Wars series.

Advanced Recon Commando (ARC) troopers are highly skilled clone troopers who take on some of the toughest challenges faced by the Republic army. As the most elite members of the clone army, ARC troopers are deployed on highly dangerous missions that require independent thinking. During one mission, ARC troopers team up with Captain Rex's battalion to attack an army of battle droids that have taken control of a strategic city.

ARC Trooper Commander: Like the men under his command, the ARC trooper commander faces even the most threatening situation with unfailing courage. 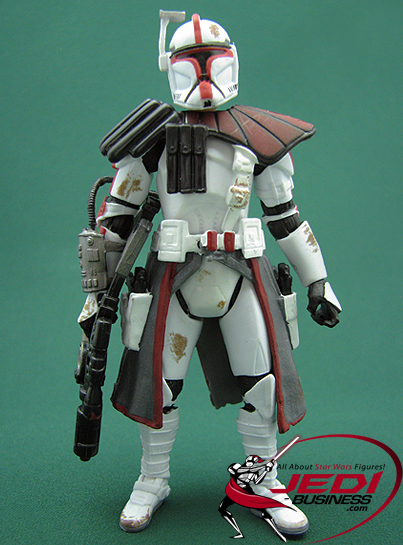 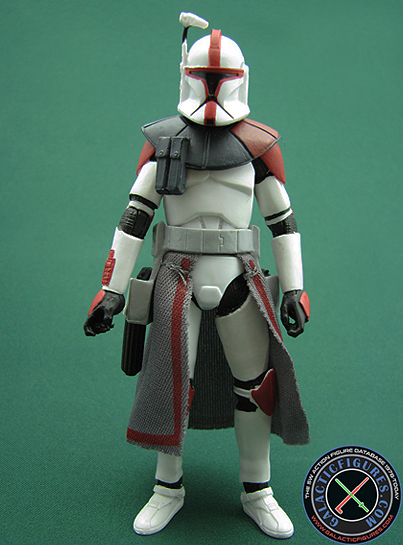