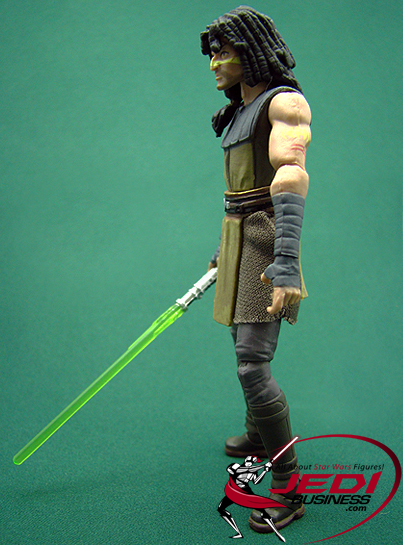 This animated-style Quinlan Vos figure was released individually carded during the Clone Wars Collection in November 2010. The figure is based on Quinlan Vos' appearance in the Clone Wars TV show, where he could be seen in the 3rd season's episode "Hunt For Zero".

The Jedi Master has 14 joints, including ball-joints in the neck, shoulders, elbows, the hip, knees and ankles. The swivel joints are located in both wrists and the waist. Despite so many joints, it's quite difficult to balance the figure out well, because of the small feet. Luckily, Quinlan Vos attaches firmly onto the included 2-piece speederboard, and the additional included basic stand. The green lightsaber has an extra long handle, and Quinlan Vos can hold it very well in both hands. The soft-goods skirt, and the shoulder and chest armor are not removable.

The paint application on Quinlan Vos looks great, especially the yellow markings in the facial area stand out. The figure is sculpted beautifully, and captures the likeness of Quinlan from the animated show very well. If you are a fan of this Jedi, or if you are into collecting Clone Wars figures, then you should add animated-style, never-before-done Quinlan Vos to your collection!

Quinlan Vos hunts for an escaped prisoner. The rebellious Jedi teams up with Obi-Wan Kenobi to search for Ziro the Hutt, who has escaped from prison with the help of Cad Bane. Vos and Kenobi must get over their differences and work together if they hope to capture Ziro and Bane, and avoid an untimely end. 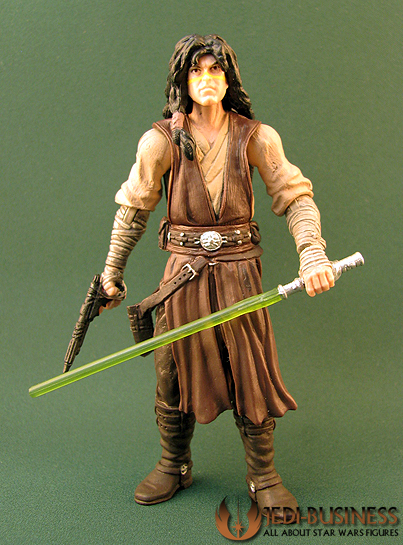 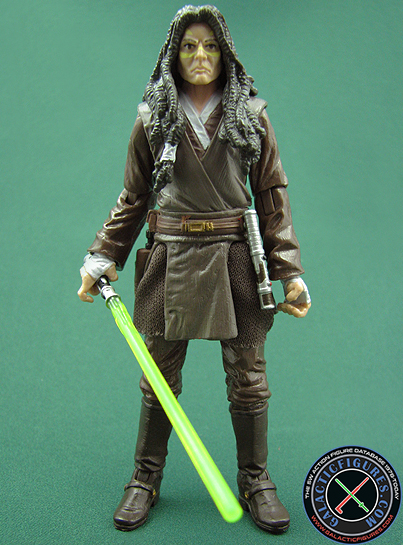 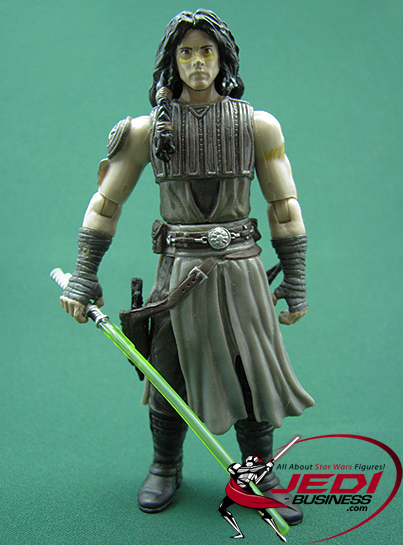