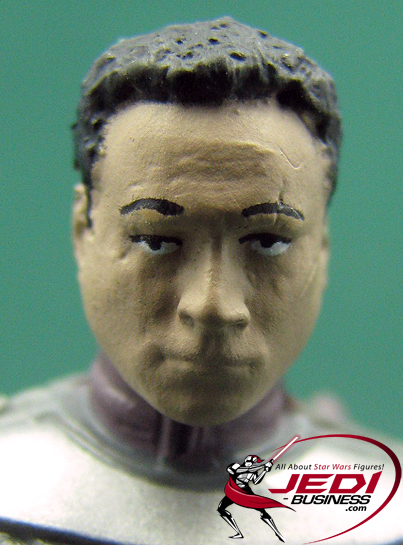 Bounty Hunter Jango Fett was released in a Target exclusive 2-pack in 2009 together with Jedi Master Coleman Trebor. The set was part of the Geonosis Arena Showdown series, which started in 2009 during The Legacy Collection, and by Fall of 2010 consisted of twelve 2-packs totaling 24 figures. Jango is based on his appearance in the Geonosian arena, which could be seen in Attack Of The Clones.

The figure is a re-release and repaint of the Jango Fett figure from the Anniversary Collection from 2008. This means Jango has a ball-jointed neck, shoulders, elbows, waist, knees and ankles. The hip and both forearms are swivel jointed. Jango keeps his balance pretty well, and the removable helmet is an overall tight, but good fit. The included blasters fit very well into each of the holsters, but they don't fit well into Jango Fett's hands and keep falling out. The belt with the holsters is not removable, and sticks out too far from the figure, leaving an ugly looking gap. The jet-pack plugs into a hole in the back of the figure, where it stays well attached. The range-finder on the helmet is not movable and part of the helmet's mold.

The paint application on Jango Fett isn't very good. It's a very purple looking figure and Hasbro forgot to paint the shoulder joints to match the shoulder armor's color. The figure is sculpted nicely, but the holsters stick out too far and Jango Fett can't hold the blasters very well. In the end, it comes down to the paint job on this figure, which just isn't all that great. So, if you are looking for a definite version of this Bounty Hunter, this isn't it. 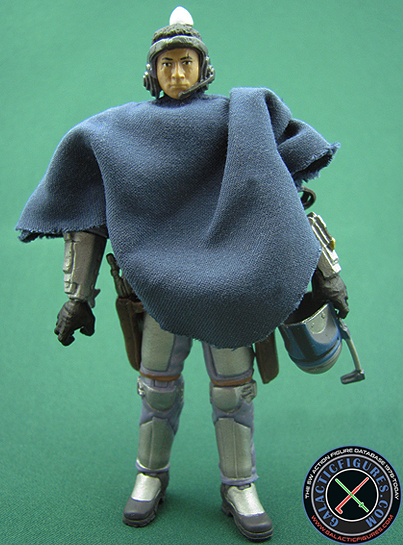 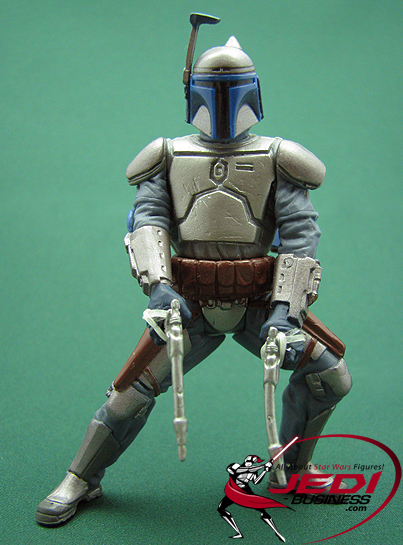 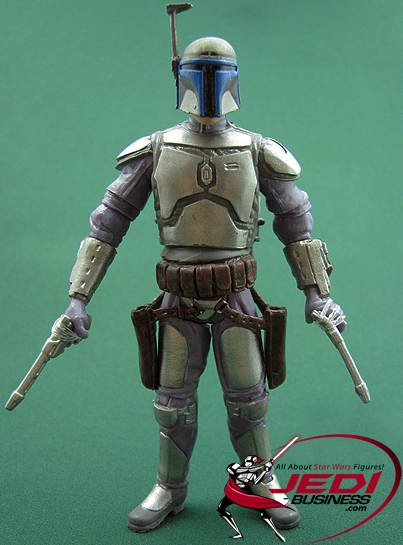 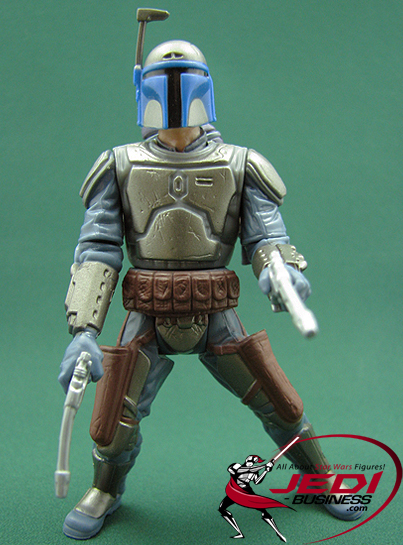 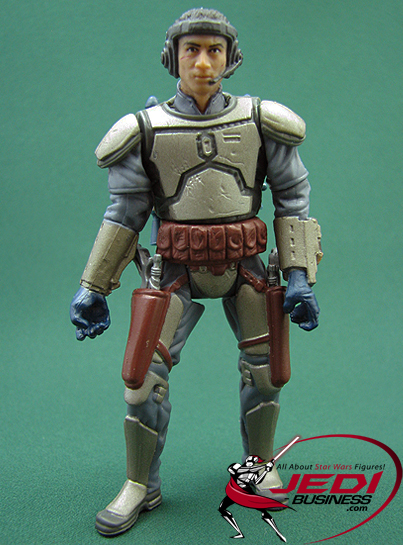