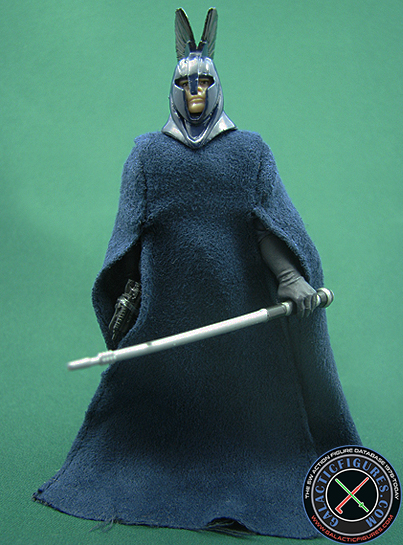 This Coruscant Senate Guard was released individually carded during the Vintage Collection in late January 2011. Blue Senate Guards can be seen in The Phantom Menace and in Attack Of The Clones.

The Senate Guard has 14 joints including a ball-jointed neck, 2 ball-jointed shoulders, 2 ball-jointed elbows, 2 swivel forearms, a swivel waist, 2 swivel hips, 2 ball-jointed knees and 2 ball-jointed ankles. The figure stands quite well by itself, but the long and bulky soft-goods robe makes it difficult to position the legs right. The neck is ball-jointed, but due to the Senate Guard's helmet design, the movement of the head is very limited. The helmet and the face are one piece, and because of this the guard can't be displayed without the helmet on. Hasbro included a blaster, a blaster rifle, and a force pike with the figure. The force pike is a great fit for both hands, but the blaster fits only well into the right hand. The Senate Guard's armor underneath the robes has a holster on the hip, where the blaster can be stored. Both soft-good pieces, the outer and inner robes are removable.

The dark blue color tone on the outer robe and the bright blue color tone on the inner robe look great. The Senate Guard's armor underneath the robes is also painted quite well. Aesthetically, the figure looks really nice, and having 14 points of articulation is a great extra. As of this review, this figure of the Senate Guard can be considered the best available yet. 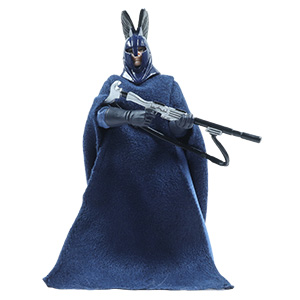 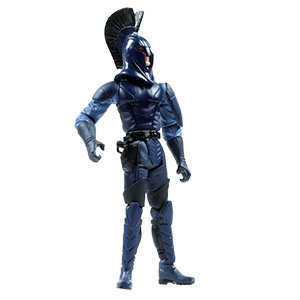 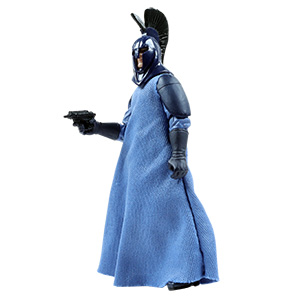 Look at all Senate Guard images! 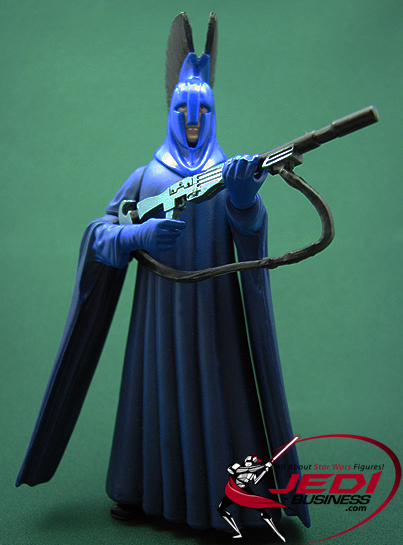 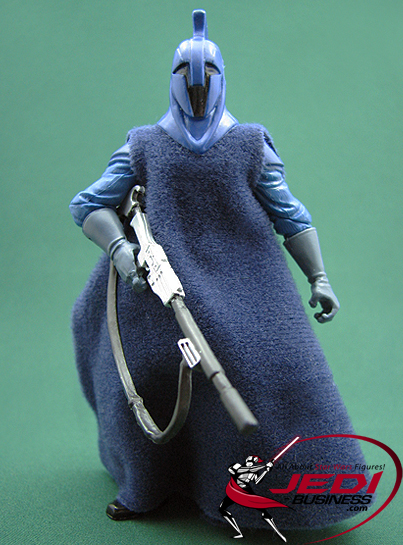 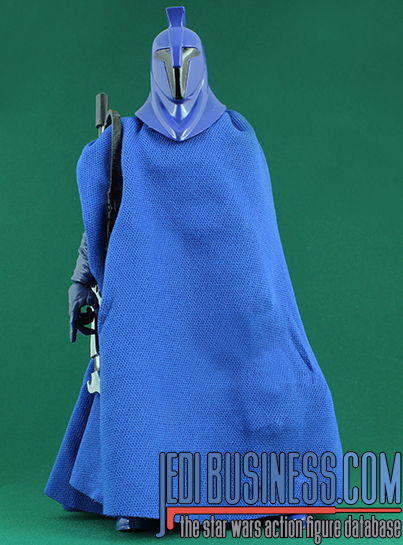 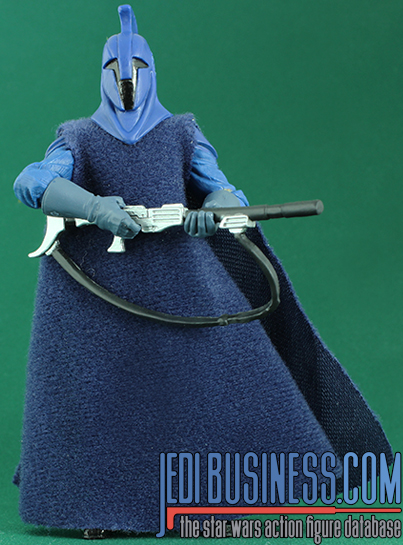 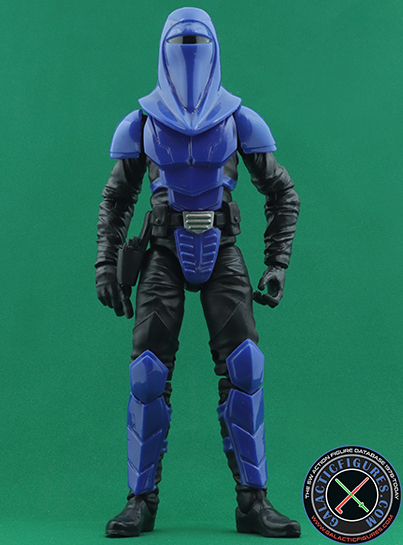