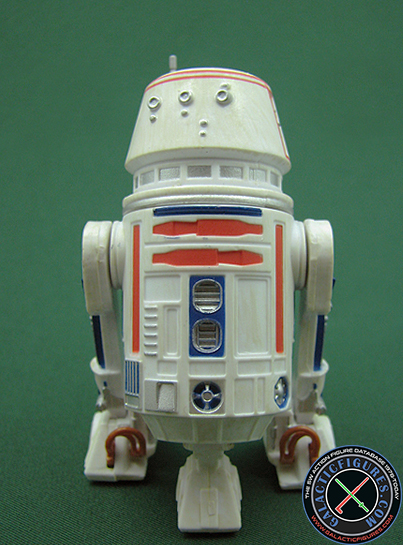 Astromech droid R5-D4 was released individually carded during the Vintage Collection in February 2011. R5-D4 can be seen in Star Wars on Tatooine during the "purchase of the droids", where it turns out that the droid has a bad motivator.

Unfortunately, there is no bad motivator to be found on the droid. Rotating the dome has no effect here. There is no antenna or middle leg which moves in or out, and no "cable" which could be "reeled-in". The middle leg is removable though, so R5-D4 can be displayed in a standing or moving position. R5-D4 has the typical 5 astromech joints, with a swivel dome, two swivel hips and two swivel ankles. The bottom of each leg has a wheel in it so that the little droid could be rolled around in a display. The dome of the figure can be taken off which then reveals the droid's inner workings.

The paint application on R5-D4 is pretty lackluster, the droid appeared much dirtier in the movie and the legs and the bottom of the body just don't have enough wear and dirt on them. There is also no restraining bolt to be found on the front of the droid, and there is no "bad" motivator in the dome. There are two holes on each side of the body, near the bottom, which is are left-over from the Build A Droid astromech series. All in all, R5-D4 is not a bad looking figure but it's not the definite version we've been hoping for. This really is a missed chance on Hasbro's behalf to deliver long-time collectors a definite version of this fan-favorite astromech droid, instead of just repainting another sculpt. 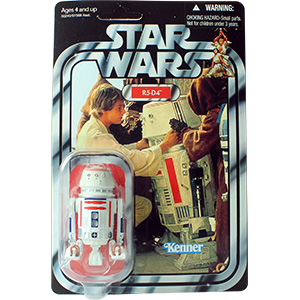 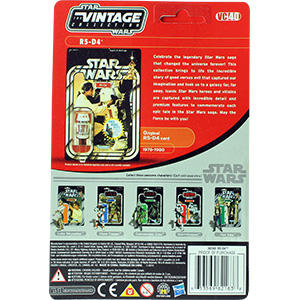 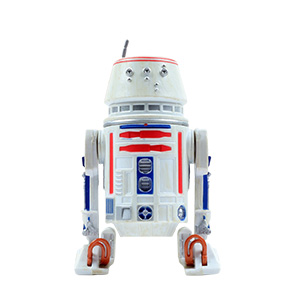 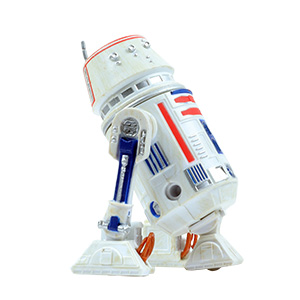 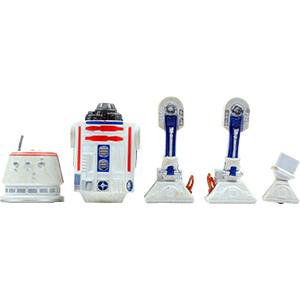 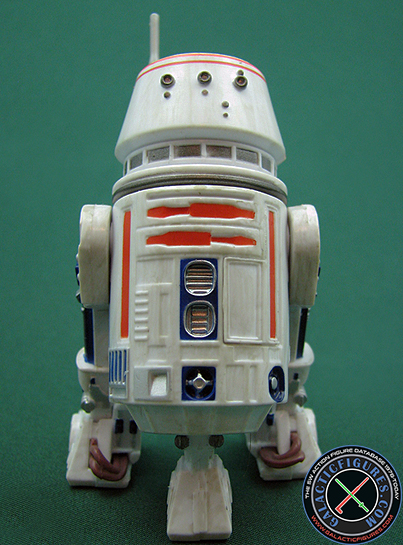 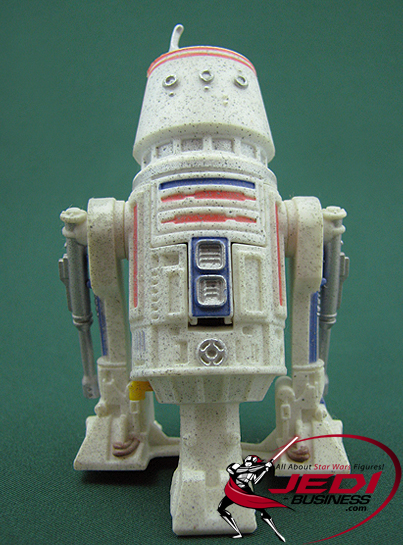 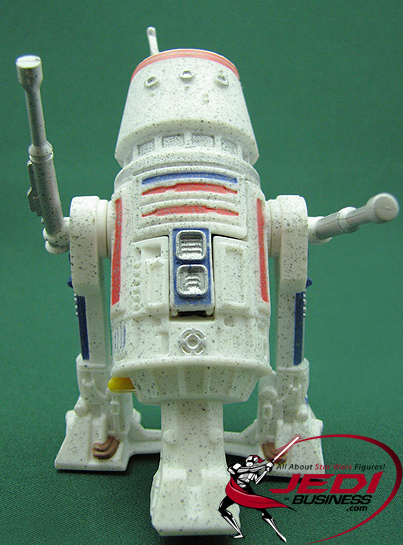 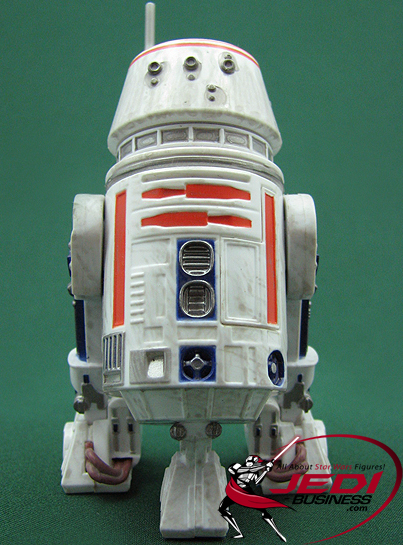 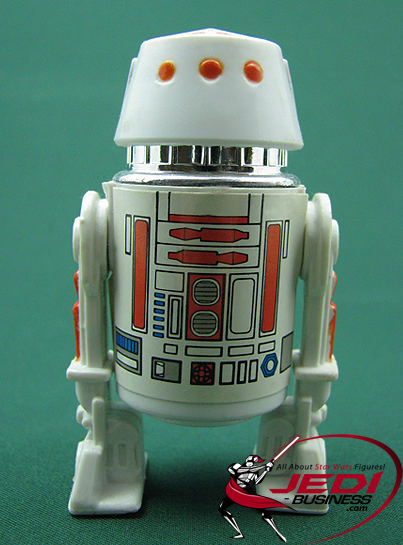 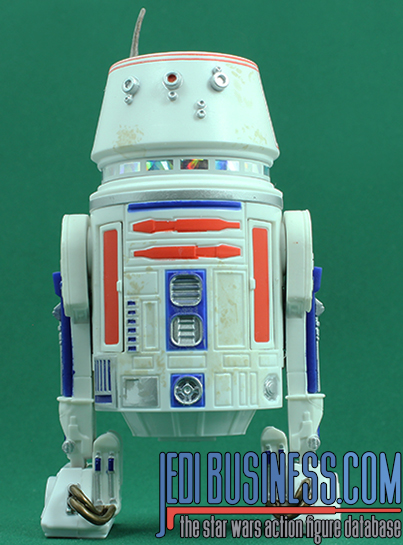