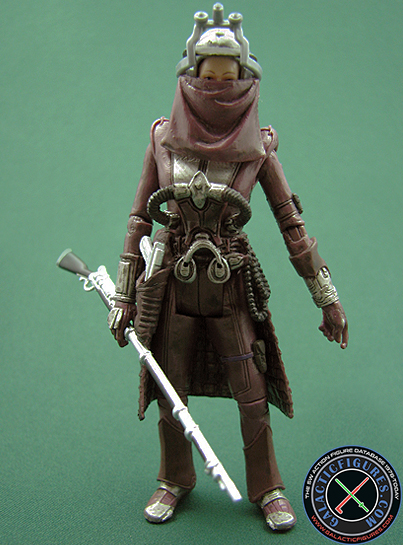 This version of Zam Wesell was released individually carded during the Vintage Collection in February 2011. Zam Wesell could be seen in at the beginning of Attack Of The Clones while trying to assassinate Senator Amidala.

The figure has 14 joints including ball-joints in the neck, the shoulders, the elbows, the waist, both knees and both ankles. The wrists are swivel jointed. The figure stands OK by itself but it might take some time to balance it out right. Unfortunately, the peg holes in both feet aren't very deep and you might have trouble getting it onto a stand. Hasbro included a blaster, a second head, a removable helmet with attachable binoculars, a sniper rifle and two plastic veils. The small blaster fits quite well into the holster and into both hands. The sniper rifle unfortunately isn't such a great fit, but with patience Zam Wesell can be positioned to hold it somewhat OK. The helmet fits quite well onto the head, and the attachable binoculars can be positioned so that they "hover" right in front of Zam Wesell's eyes. The head can easily be pulled off the figure and be replaced with the second "Clawdite" head. The two included veils attach nicely on the helmet, and fit overall ok. The holster and the soft-plastic skirt are part of the figure and not removable.

The paint job on Bounty Hunter Zam Wesell is fantastic with subtle dirt on the entire figure's outfit which gives it a used look. The purple color tone works also quite well and seems to match the movie outfit. The 14 points of articulation work overall pretty well and all the included accessories are functional (except the sniper rifle might cause some issues). The inclusion of a second head is fantastic and lets collectors display Zam Wesell while trying to assassinate Padme, during the chase, or after she was caught. Zam Wesell's outfit is nicely detailed. The inclusion of a cut-off arm would have been the icing on the cake, but the figure is a brilliant update to previous versions nonetheless, and can easily be recommended. 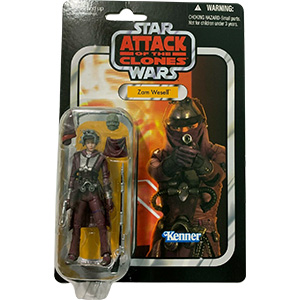 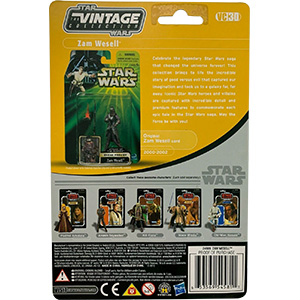 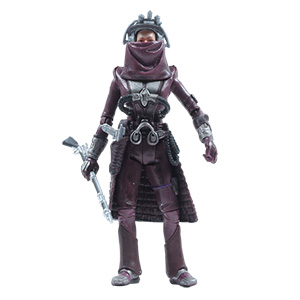 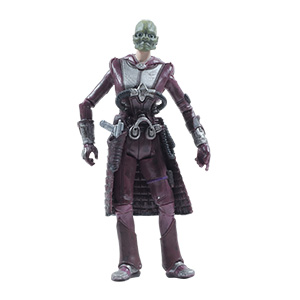 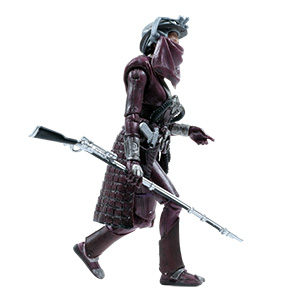 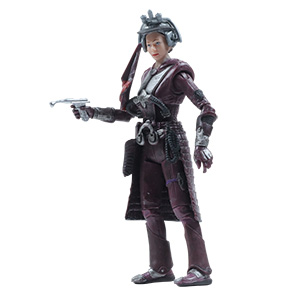 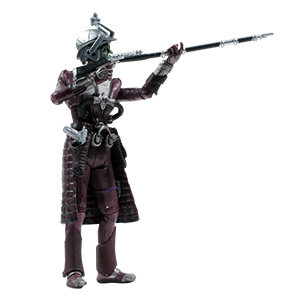 Look at all Zam Wesell images! 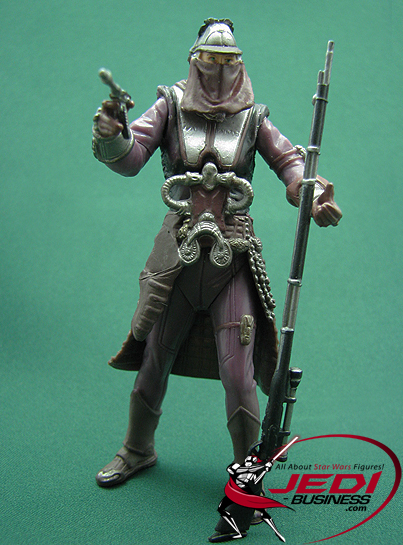 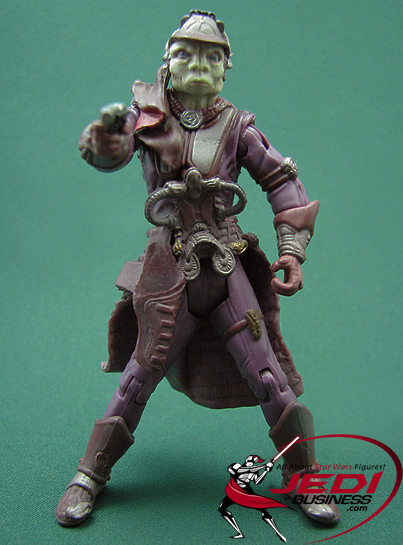