Jedi Knight Fi-Ek Sirch was released individually carded during the Vintage Collection in March 2011. The Jedi Knight can be seen in the background fighting in Attack Of The Clones in the Geonosis arena battle.

Fi-Ek Sirch has 14 joints, including ball-joints in the neck, ball-joints in the shoulders and both elbows. The knees and ankles are also ball-jointed. The wrists, the waist and both leg joints are swivel joints. Fi-Ek Sirch stands very well by himself, and the plastic used for the figure feels of stronger, better material with nice stiff joints. Hasbro included a blue-ish (kind of see-through) lightsaber, a lightsaber hilt and a soft-goods jedi robe. Both sabers fit very well into the hands, and the saber hilt can also be plugged into the figure's "belt", where it hangs down. The jedi robe feels a little thicker than that on other figures, and it's also less bulky than what we've seen before.

The paint application on Fi-Ek Sirch is cleanly applied, but nothing out of the ordinary, and there is no weathering or "Geonosis" dirt on the boots. The color on the jedi robe however is very well done, and seems to match the robe the jedi wore in the various behind the scenes photos. The figure is sculpted beautifully, with a great looking head and nicely hidden joints. All in all, this Fi-Ek Sirch figure is fantastic and well worth adding to the collection. 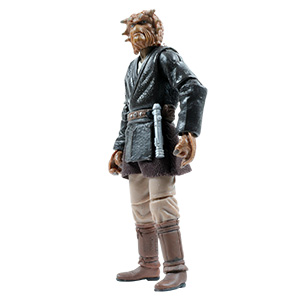 Look at all Fi-Ek Sirch images! 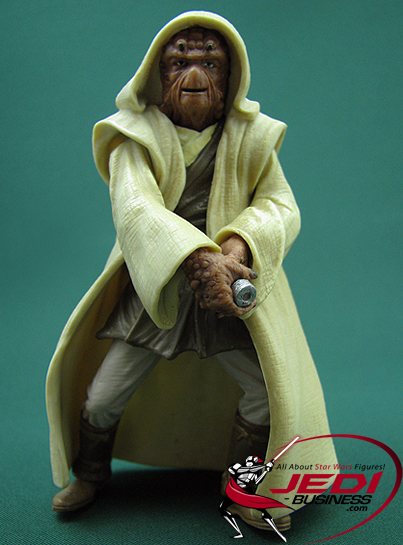 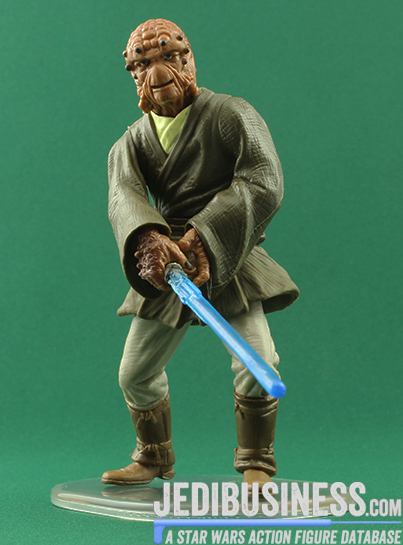