There have been several different Han Solo action figures released previously based on Solo's appearance on Endor. Han Solo itself is super articulated and has a nice face sculpt with a pretty good likeness to Harrison Ford. Unfortunately, the overly bulky blaster holster doesn't look too good. The figure can hold the balster, but it just looks way out of place. The belt is glued on in one spot on the back, and is not removable. The droid caller on Han's belt should have a silverish color but is unpainted.

Considering that this figure was released in the Shield Generator Battle Pack at a $19.99 price point, it's more expensive than a regular carded figure, but you also get more than just one figure. If it wasn't for the super big and bulky holster, it would have been a bit better looking figure.

As the fighting between Rebels, Ewoks and stormtroopers surges around them, Han Solo and Princess Leia try to get inside the Imperial bunker that controls the shield generator. The second Death Star canGÇÖt be destroyed until Han and Leia shut down the generator thatGÇÖs protecting it. R2-D2 starts to unlock the blast doors, but a stormtrooperGÇÖs well-aimed shot fries the droidGÇÖs circuits. All seems lost until Chewbacca arrives in an AT-AT walker he captured. Han uses the walkerGÇÖs communications controls to trick Imperial officers into leaving the bunker. When the officers step outside, they are quickly surrounded by Rebels and Ewoks. Han can finally set thermal detonators to demolish the bunker and generator. ThereGÇÖs no turning back for Han Solo, the smuggler-turned-Rebel hero: his loyalty lies with the Rebels, and his heart belongs to Leia. Now, everythingGÇÖs riding on his ability to destroy the generator GÇô and Han isnGÇÖt about to let a squadron of stormtroopers get in his way. R2-D2 is always ready to aid his friends. The plucky astromech droid ignores blaster fire, focused totally on unlocking the bunkerGÇÖs blast doors. HeGÇÖs escaped trouble many times, but fate finally catches up with him, in the form of a stormtrooperGÇÖs lucky shot. Inside the bunker, Imperial officers receive a report that the Rebels are fleeing and help is needed to capture them. Relieved that the battle has turned in their favor, the officers quickly exit the bunker GÇô and walk straight into a clever trap set by the Rebels. Some Rebel troopers on Endor disguise themselves in the uniforms of captured or fallen Imperial biker scouts. Their Imperial attire allows the Rebel troopers to infiltrate the enemyGÇÖs position and aid the Rebel forces trying to destroy the shield generator. 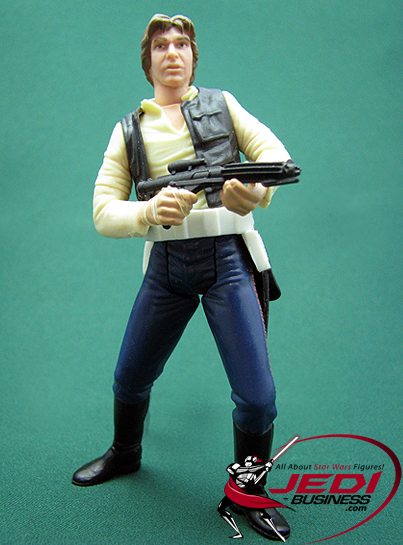