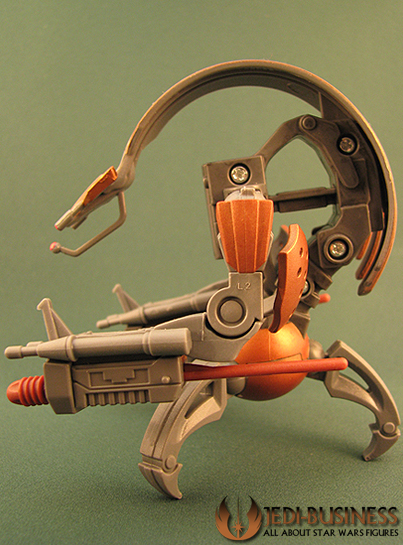 This version of the Destroyer Droid is based on the appearance in the Clone Wars animated TV show. Hasbro has done an excellent job capturing the likeness of the droid and released a figure that should be appealing to not only collectors but also their main target audience, kids. The droid has an interesting action feature, you can press the head down until it "clicks", which puts it into some sort of "sleep mode". The button on the right of the main body releases the figure and it jumps back into it's normal "battle ready" stance. The Destroyer Droids are very often seen with an energy shield around them, or they can be seen rolling into battle. With this figure you can't recreate either of these versions. Bascially, it's what you see is what you get. The Droideka came with two projectiles which can be placed in each arm's "rocket launcher". By pushing down the projectiles slightly, they are being released and fly off. Overall it's a really nice and big figure, with the most appealing aspect being that it looks exactly what was seen in the animated Clone Wars TV show.

Droidekas, also known as destroyer droids, are deceptive in their movements. Appearing awkward on their three legs, they can curl into a ball-shaped form and roll swiftly toward their targets then spring open to fire their laser cannons. 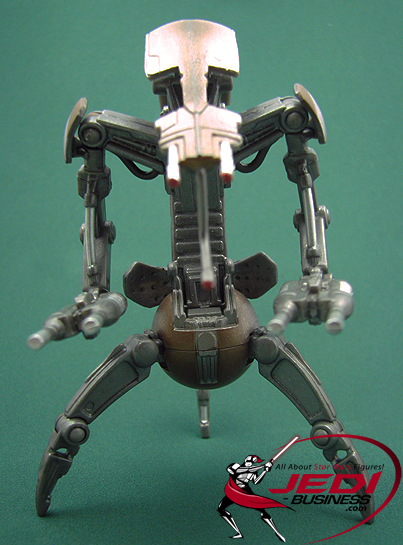 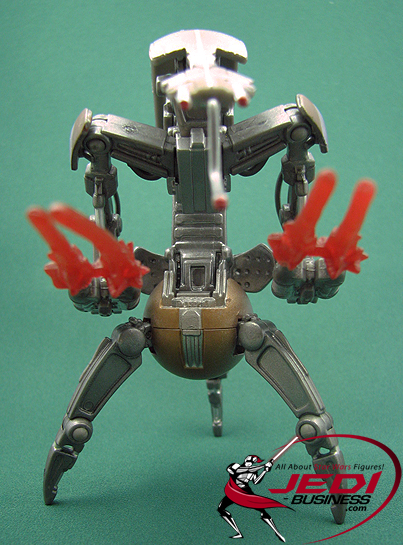 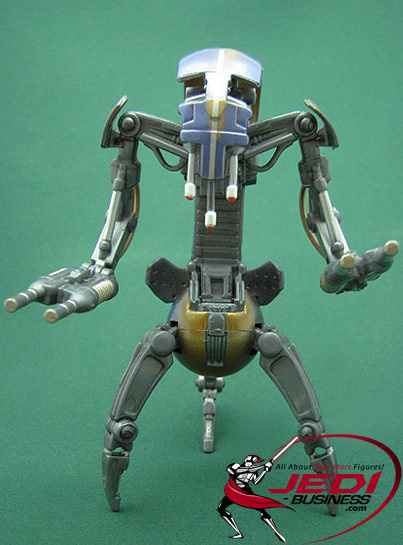 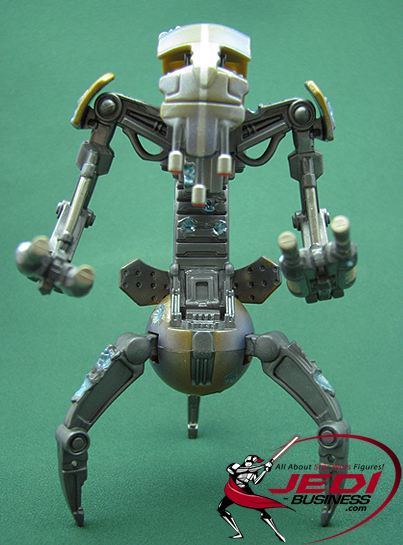 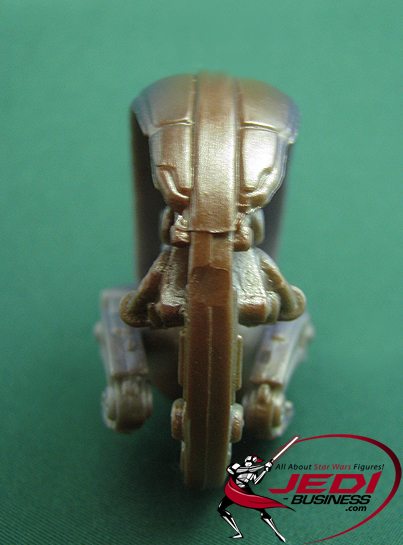 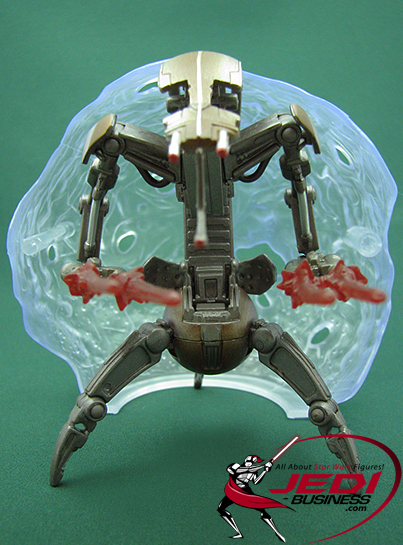