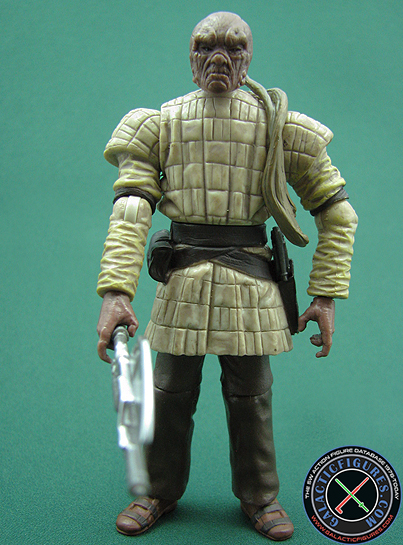 The nameless Weequay Skiff Master was released individually carded during the Vintage Collection in March 2011. The Weequay can be seen standing next to Luke Skywalker on a Skiff, right before another Weequay tries to throw Luke into the Sarlacc pit.

The figure was given 14 points of articulation, including ball-joints in the neck, both shoulders, both elbows, both knees and ankles. The wrists, the waist and both hip joints are swivel-type joints. The Weequay stands beautifully by himself, not requiring a stand. There were two weapons included with the figure, a Skiff-guard blaster (the same type which Luke force-pulled from a guard before falling into the Rancor pit), and a force-pike. The blaster fits very well into the Weequay's right hand, so that the figure's index finger can be placed right onto the trigger. It also fits well into the holster on the left side of the hip. The force-pike is also a good fit and won't fall out of the figure's hands.

The paint application on the Weequay is well done, from a nicely dirtied-up outfit to different darker shades in the facial area. Unfortunately, the pants and the shoes are not weathered, but due to the dark brown colors on the pants, it doesn't stand out all that much. The sculpt is fantastic, and even though we have 14 points of articulation in this figure, you probably only want to display the Weequay on a Skiff or as a background alien in a Jabba's Palace inspired diorama. All in all, this Weequay is another fantastic addition to the line-up! 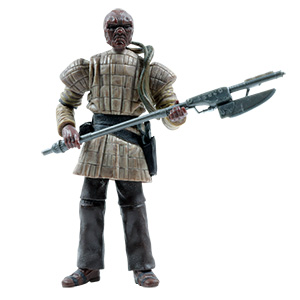 Look at all Weequay images! 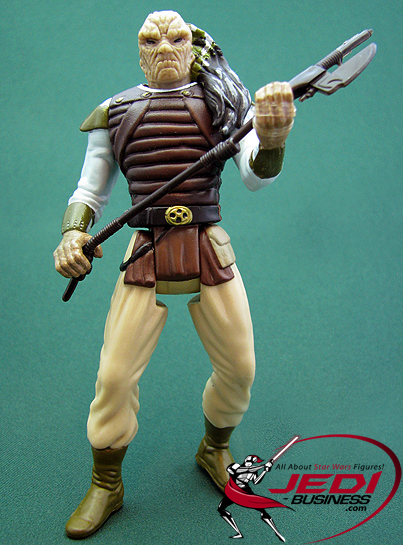 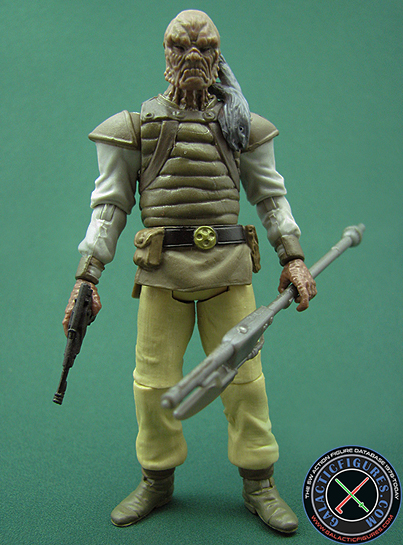 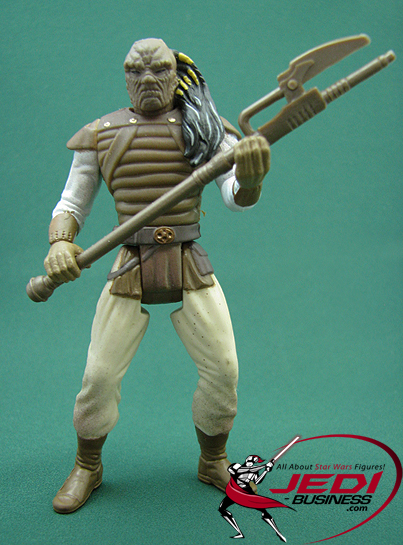 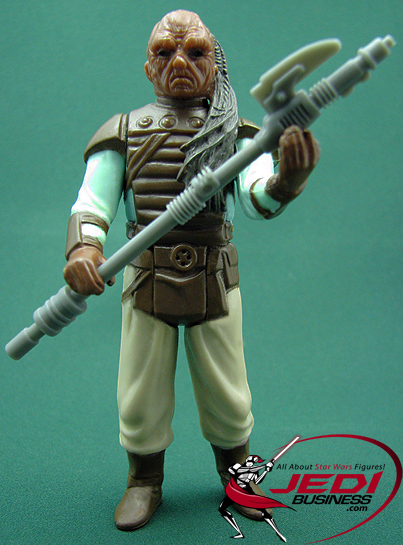