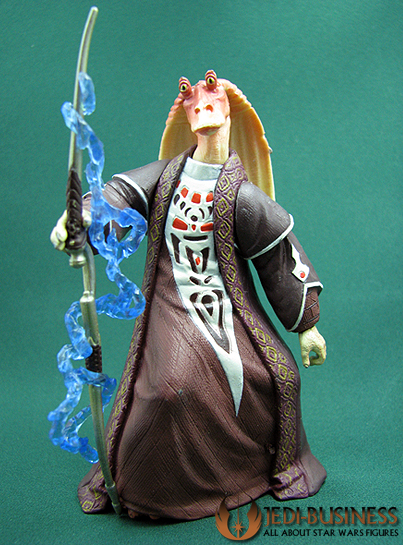 Jar Jar Binks is probably the most disliked Star Wars character ever created, and even though The Phantom Menace was released about 10 years ago as of this review, there is still not much love for this overly clumsy, slaptsticky character. This Jar Jar Binks action figure was released in 2002's SAGA line and it has very limited poseability due to the pre-defined action stance he's in. The only movable parts are his head, both arms, the right elbow, and the left wrist. It's not possible to move his legs, or even turn Jar Jar's waist. The hard plastic robe is not removable, basically, what you see is what you get here. Another negative is that the figure can not hold his electorpole weapon. The overall look of Jar Jar is quite nice though, and it looks probably close enough to what people might remember from his brief appearances in Attack Of The Clones. This version of Jar Jar Binks leaves a lot of room for improvement, but considering that this is the only release so far of this character from Episode 2, you might want to consider adding it to your collection at some point.

Now a Senate representative from Naboo, Jar Jar wears the elaborate Gungan outfit deemed proper for the ceremonial grandeur of the Senate. In a twist of fate, Jar Jar is manipulated to propose the motion that gives Chancellor Palpatine the powers of an emperor. 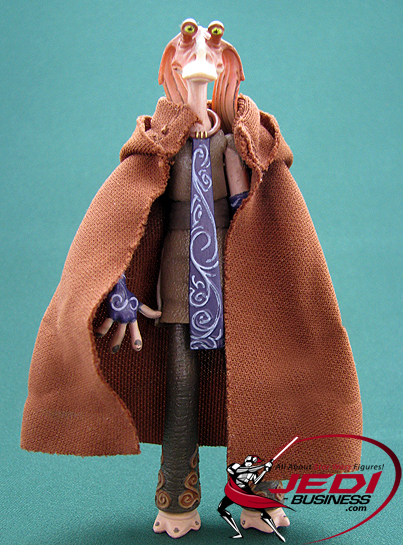 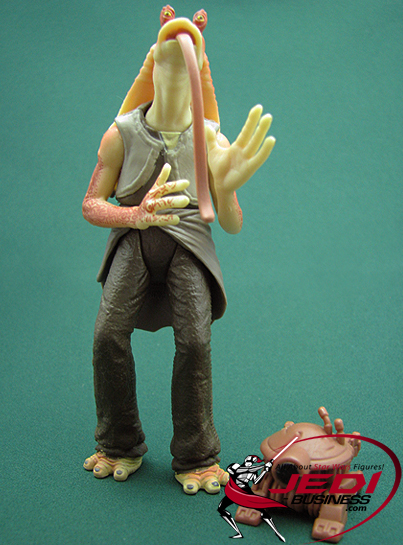 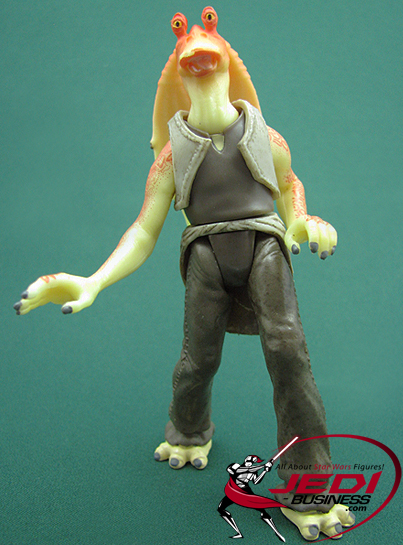 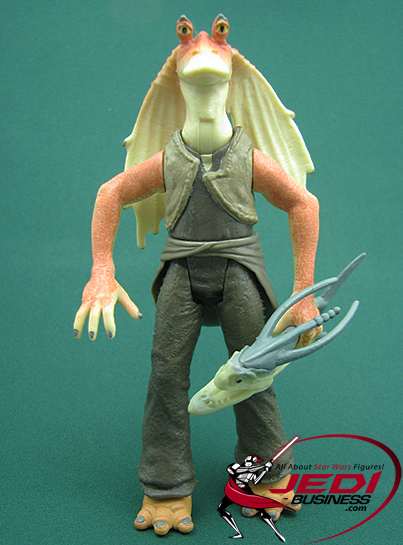 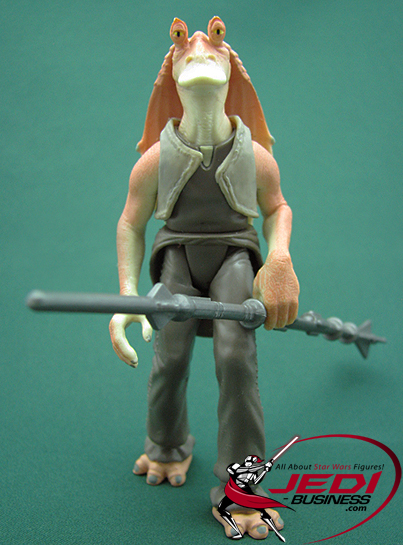 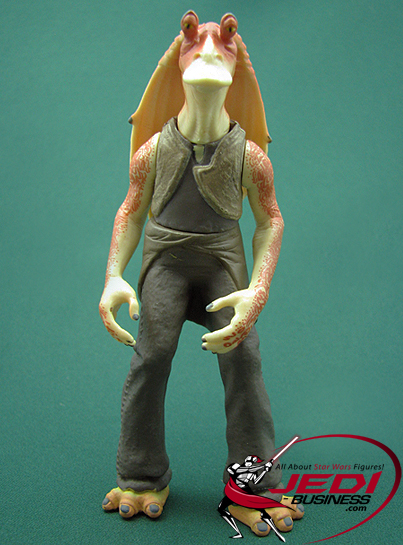