UK online retailer InDemand Toys revealed this morning Cad Bane and TODO 360 from the Black Series. This set was going to be Hasbro's convention exclusive this year for the International market, just like Luke Skywalker (Skywalker Strikes) last year. Currently we don't know if, how, and when this figure will be made available in the United States, but in the UK it'll ship already in early September.

Interesting is that Cad Bane will come in new Black Series packaging which has the artwork on the side of the box, so if you'd like to have a complete collage on your shelf you'll want to pick this one up to not have a gap. We'll keep you posted once we find out how you'll be able to buy it in the United States (it'll likely go to the fan channel).

UPDATE FROM HASBRO: Hasbro Star Wars is thrilled to announce that a new figure, which was originally intended as a European convention exclusive, will be joining the iconic Star Wars: The Black Series line – the STAR WARS: THE BLACK SERIES 6-INCH CAD BANE AND TODO 360 Figure 2-Pack. It is available to purchase now in select European countries and will be available in the US beginning October 1, 2020. This quality figure 2-pack is an early release from the brand, featuring premium packaging, multiple points of articulation, careful design and deco, and is inspired by characters from Star Wars: The Clone Wars. In addition, the Todo 360 figure is an item exclusive to this specific set. 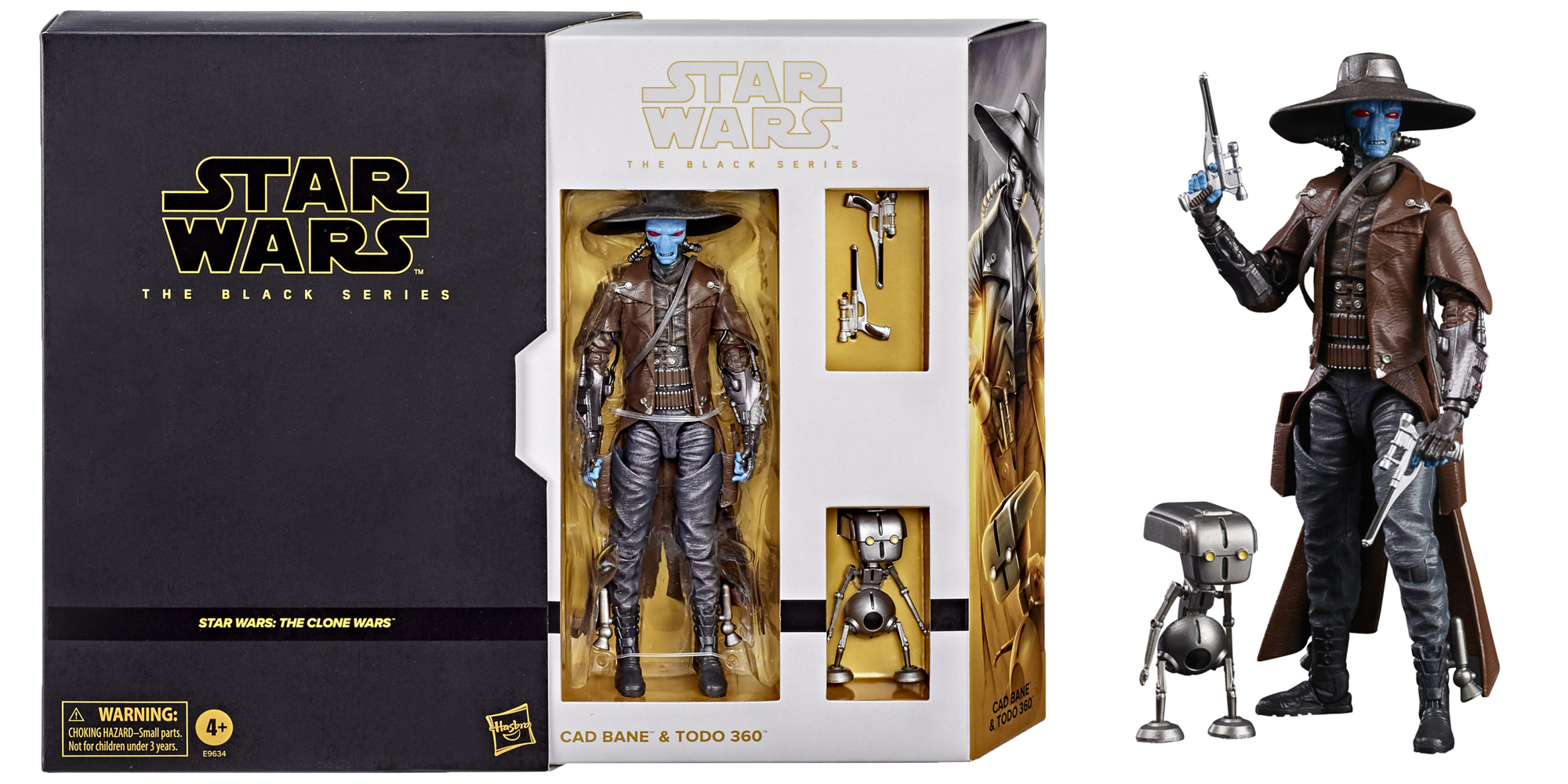